Bob Ross was a celebrated, creative American painter and an art instructor. He developed an interest, and a taste for art during his early military career when he attended an art class at the Anchorage USO Club, which led him to find his real calling in life. From being a break-time painter during military service to a full-time art instructor on television, Ross’s interest and dedication brought him fame and glory. The magnum opus of his career came with his flagship television program ‘The Joy of Painting’ that aired for more than a decade from 1983 to 1994 in US, Canada, Latin America and Europe. What gave his show an edge over others was that it was interactive, interesting, creative and entertaining! He adopted and popularized a 16th century painting technique called ‘alla prima’ or ‘wet-on-wet’ painting, which he was introduced to on television by a German Painter, Bill Alexander. He was an inspiration for not just the pre-internet generation of artists who followed him religiously, but also the post-internet generation of artists who consider him an iconic celebrity painter. Aspiring artists of today, look up to his works and shows on YouTube and other web portals. Though Ross died at an early age, his legacy continues to live through his works. American Celebrities
American Men
Tall Celebrities
Tall Male Celebrities
Male Artists & Painters
Childhood & Early Life
Bob Ross was born on October 29, 1942 in Daytona Beach, Florid,a to Jack and Ollie Ross. While his father worked as a carpenter, his mother was a waitress. Young Ross spent much of his growing up years in Orlando, Florida. He had a half-brother, Jim.
Bob Ross studied only till class 9, after which he dropped out of school to assist his father as a carpenter. It was then that he lost a part of his left index finger. The loss, however, was inconsequential when it came to learn the art of painting. 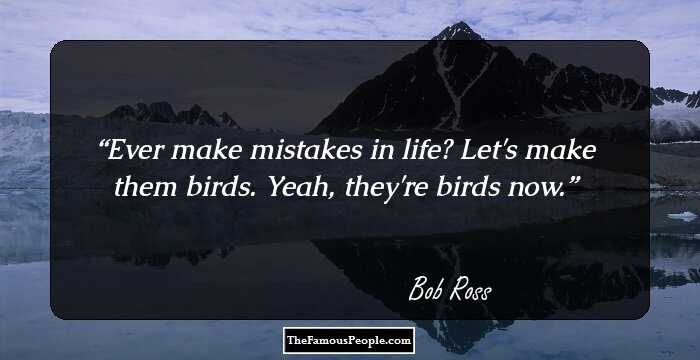 Continue Reading Below
Career
At the age of 18, Bob Ross was enlisted in the United States Air Force, where he worked as a medical records technician. Subsequently, he rose to the rank of ‘Master Sergeant’, serving the U.S. Air Force Clinic at Eielson Air Force Base in Alaska. The lofty Alaskan mountains and the scenic landscapes became a muse for many of his works.
During his military career, he developed artistic skills after attending an art class at the Anchorage USO Club. He used his break time to create art and worked on his painting technique. In his 20 years of military service, his painting skills improved significantly. He mastered the ‘wet-on-wet’ painting style that allowed him to finish painting on the inside of novelty gold pans in less than 30 minutes.
Ross became more and more involved in painting to the point that he started earning more by selling his painted gold pans than he did at his military job. It was then that he retired from the Air Force, as a ‘Master Sergeant’, completing 20 years of service, in 1981.
Immediately after retiring from the military, he started promoting his painting technique. However, the effort did not pay off well. After two years of struggle, Ross finally launched his flagship television show, ‘The Joy of Painting’, as an attempt to cater to a wider audience. The show had its first run on January 11, 1983.
‘The Joy of Painting’ provided a resurgence for Ross’s career graph. Through it, he taught his viewers a quick-study technique in oil painting that used a restricted palette of paints, and broke down the process into simple steps.
‘The Joy of Painting’ was an absolute hit and made him famous worldwide. More than a decade later, its last episode was telecast on May 17, 1994. Though the show was terminated, its reruns continue to appear in many broadcast areas and countries even today.
Alongside the show, Ross became an entrepreneur. He started his company, Bob Ross Inc., through which he sold his own line of art supplies and how-to books. The company even marketed painting classes taught by instructors trained in the ‘Bob Ross method’. Furthermore, his show became a precursor to promote his classes and products and led to greater profits. 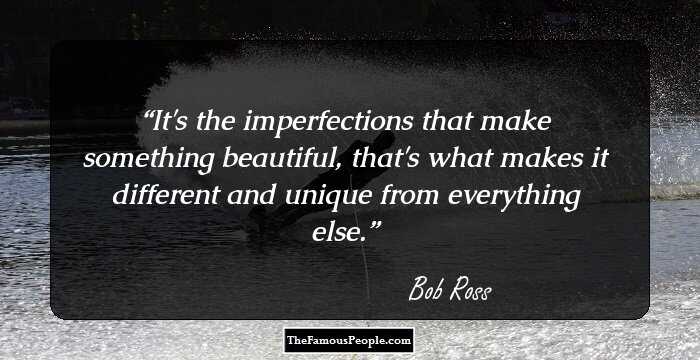 Quotes: Beautiful
Major Works
Bob Ross’s greatest contribution as a painter has been his effort to resurface the historical art form ‘alla prima’ or ‘direct painting’ which is more popularly known as ‘wet-on-wet’ technique. Though oil painters have used this technique since the 16th century, the art form lost its popularity during the later centuries until Ross made efforts for its resurgence. What’s more, he not only popularized the technique, but marketed a special line of paints and stationeries to make it handy for new painters.
Continue Reading Below
Personal Life & Legacy
Bob Ross was thrice married. His first marriage was to Vivian Ridge in 1965 and and had a son, Steven Ross. Like his father, Steven was a talented painter and had mastered senior Ross’s technique. He even became a Ross-certified instructor on ‘The Joy of Painting’. Ross and Vivan divorced in 1977.
He then married Jane Ross in 1977, who eventually died of cancer in 1992.
In 1994, Ross was diagnosed with lymphoma. The illness forced his early retirement. He was last seen in the final episode of the show that aired on May 17, 1994.
In 1995, shortly before his death Ross got married to Lynda Brown. He breathed his last on July 4, 1995, at the age of 52. His body was interred at Woodlawn Memorial Park in Gotha, Florida.
Despite his early death, Ross has had a strong legacy that gives a peek into his greatness as an artist. Television shows such as ‘Family Guy’, ‘The Boondocks’, ‘Peep Show’, and the YouTube series ‘Epic Rap Battles of History’ have given references of him in several episodes.
Google celebrated his 70th birth anniversary with a Google Doodle on October 29, 2012. It portrayed Ross with his easel, painting the second “g” of the Google logo on top of a nature landscape.
In 2016, Netflix added his series ‘Beauty Is Everywhere’ in their lineup, including episodes from his original series. Furthermore, Twitch.tv commemorated his 73rd birthday by hosting a nine-day marathon of Bob Ross’s ‘The Joy of Painting’ series. 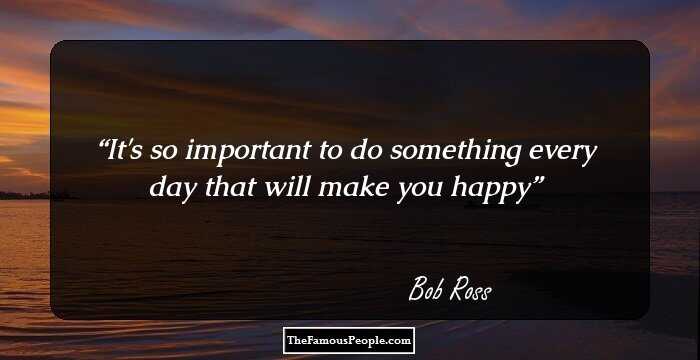 Trivia
Ross’s trademark permed hairstyle was actually a cost-saving measure during his struggling period, as this hairstyle required fewer haircuts. Though he hated his frizzy hairstyle in the subsequent years, he couldn’t do much about it as this look that was depicted on his home company products.

See the events in life of Bob Ross in Chronological Order