Advanced Search
John Wesley Powell was an American explorer, anthropologist, geologist and a soldier. He is known for his river trip through the Green River and the Colorado River covering the Grand Canyon – a three month expedition known as the ‘Powell Geographic Expedition’. He dedicated his life in exploring and preserving natural resources of the American West including human, scientific, economic and scenic resources. He served the ‘Union Army’ as captain and was later promoted as a major. His contributions as an administrator and supporter of conservation and meticulous planning of the use of arid western lands were significant. He also taught as a professor at the ‘Illinois Wesleyan University’. He held directorship in leading cultural and scientific institutes. At the ‘U.S. Geological Survey’ he served as the second director. He was appointed by the ‘Smithsonian Institution’ as the first director of the ‘U.S. Bureau of Ethnology’. A lake at the back of the ‘Glen Canyon Dam’ which formed on the river Colorado was named ‘Lake Powell’ after him. A mountain in the ‘Kings Canyon National Park’ situated in California was named as ‘Powell Mountain’ in his honour. Alan Dundes
24th March In History
DID WE MISS SOMEONE?
CLICK HERE AND TELL US
WE'LL MAKE SURE
THEY'RE HERE A.S.A.P
Quick Facts

American Celebrities
Anthropologists
American Men
Oberlin College
Aries Scientists
Childhood & Early Life
John Wesley Powell was born to Joseph Powell and Mary Powell on March 24, 1834 in a farm in Mount Morris, New York, in the U.S.
His father had migrated to the U.S. in 1830 from Shrewsbury, England, and was by profession a farmer, a tailor and an ambulant preacher. His mother was a missionary.
Powell’s family moved to Jackson, Ohio, in 1838 where he met naturalist George Crookham who aroused his interest in literature, science and history.
In 1846, his family again shifted to South Grove, Wisconsin. During his father’s absence (who used to visit places for preaching), Powell looked after the family farm.
In 1851, his family moved to Boone County, Illinois, and the next year he started teaching in a school.
As the family moved places John Wesley Powell’s education became irregular. He studied at ‘Illinois College’ (now known as ‘Wheaton College’) and at ‘Oberlin College’ for around 7 years but could not obtain a degree. He studied Latin and Ancient Greek.
He had interest in botany and natural science which helped him self-finance his adventures and he travelled widely during late 1850s along the Ohio and Mississippi rivers. He gathered various fossils and specimens to self-study the geology and indigenous history of the regions.
His expeditions included a 4 months walk across Wisconsin in 1855 and rowing down the Mississippi in 1856 starting from St. Anthony, Minnesota to reach the sea.
His other two notable expeditions were rowing down Ohio River from Pittsburgh crossing the Mississippi River to reach St. Louis in 1857 and rowing down the Illinois, Mississippi and Des Moines rivers to reach Iowa in 1858.
In 1859, he was elected as secretary at the ‘Illinois Natural History Society’. 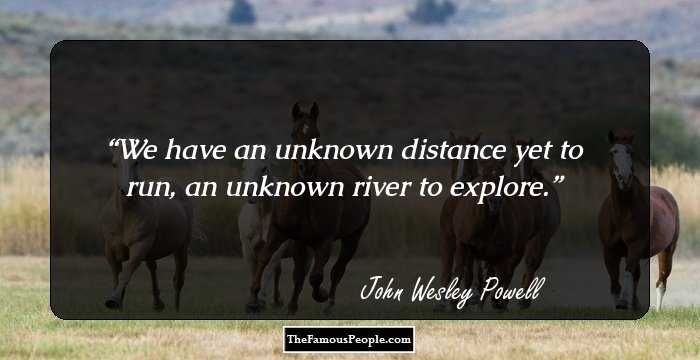 Continue Reading Below
Career
On May 8, 1861, Powell enlisted in the twentieth Illinois Infantry at Hennepin during the outbreak of the American Civil War. He became a sergeant-major and thereafter a second lieutenant.
He was the captain of the artillery company which he recruited at Cape Girardeau, Missouri. It became ‘Battery ‘’F’’’ of ‘2nd Illinois Light Artillery’.
On April 6, 1862, he lost part of his right arm at the ‘Battle of Shiloh’ as it was shattered by a minie ball when he was giving order to fire.
In February 1863, after a brief leave he returned to service and eventually became a major. He was present during many military operations including siege of Vicksburg, Atlanta campaign and battle of Nashville. After the war ended he became a brevet lieutenant colonel.
After leaving the army in 1865 he worked at the ‘Illinois Wesleyan University’ in Bloomington as a professor of natural sciences. He became a lecturer at the ‘Illinois State Normal University’ in 1866.
In 1867, he became the administrative head of the ‘Illinois Natural History Society Museum’.
He headed a number of expeditions after 1867 and collected specimens from the Rocky Mountains and surrounding areas of Colorado and Green rivers.
On May 24, 1869, he led an expedition from Green River, Wyoming, to explore the Grand Canyon and the Colorado River. His team comprised of 10 men who were mostly fellow civil war veterans, hunters and trappers. They took 4 boats and sufficient food for 10 months. The expedition which finished on August 30, 1869 encountered number of hurdles including several calamities, spoilage of food, sinking of a boat, members leaving the expedition in the middle and some members went missing.
Powell again set up an expedition on May 22, 1871 from Green River, Wyoming travelling the Colorado River retracing a part of the route he explored in 1869 to reach Kanab Creek in Grand Canyon. This time he included a crew of eleven men including skilled scientists. This expedition which was endorsed with an appropriation by the U.S. Congress fetched photographs taken by John K. Hillers, first plausible maps of the Colorado River and several papers. It ended on September 7, 1872.
Continue Reading Below
In 1874, the ‘Cosmos Club’, a gathering of intellectuals which was hosted by Powell at his home was formalised. The club members contributed and advocated scholarship and civic activities.
He penned down his experiences of the two Colorado River expeditions in a book. The book ‘Exploration of the Colorado River of the West and Its Tributaries: Explored in 1869, 1870, 1871, and 1872 under the Direction of the Secretary of the Smithsonian Institution’ was published in 1875. In 1895 it was republished as ‘Canyons of the Colorado’.
In 1876, he published ‘Report on the Geology of the Eastern Portion of the Uinta Mountains’.
In 1877, his book ‘Introduction to the Study of Indian Languages, with Words, Phrases, and Sentences to Be Collected’ was published.
As an administrator, he proposed conservation and planned use of arid western lands and argued for classification of lands for coal and mineral extraction, irrigation, timber and pasturage for potential use. In 1879 he published a book, ‘Report on the Lands of the Arid Regions of the United States’ suggesting state boundaries based on water resources and also irrigation systems. In 1880 he published ‘Introduction to the Study of Indian Languages’.
In 1881, he was appointed by the ‘U.S. Geological Survey’ as its second director and he held the position till 1894.
He was appointed by the ‘Smithsonian Institution’ as the first director of the ‘U.S. Bureau of Ethnology’. He held the position till his death. As a director he sponsored works of different scholars including Franz Boas, a German born American anthropologist.
In 1891, his book ‘Indian Linguistic Families of America, North of Mexico’ was published. In 1898, he published ‘Truth and Error, or the Science of Intellection’.
Achievements
As an expert of land conservation, he believed that potential use of resources was one of the ways a society can progress. In 1889, he conducted the Irrigation Survey of the West. It was a systematic appraisal of water and land resources which was later followed in the United States as a base for all irrigation legislation.
The first Museum of Anthropology of the ‘Illinois State University’, considered the finest of all at that time in North America was created by John Wesley Powell.
His two Colorado River expeditions conducted in 1869 and 1871 brought out significant information apart from first reliable maps of the river.
Personal Life & Legacy
In March 1862 he married Emma Dean. On September 8, 1871 their only daughter Mary Dean Powell was born at the Salt Lake City.
On September 23, 1902 John Wesley Powell died at their family vacation cottage in Haven, Maine. He was buried at the ‘Arlington National Cemetery’ in its officers section with full military honours.
Trivia
In 1969 a U.S. commemorative stamp was issued in his honour.
Powellite, a rare mineral bears his name.
In 1974, the ‘USGS National Center’ in Reston, Virginia, was named after him as the ‘John Wesley Powell Federal Building’. The highest award of USGS presented to a non-federal government person is known as the ‘John Wesley Powell Award’.
Recommended Lists:
Scientists #486
Miscellaneous #2309
Intellectuals & Academics #635 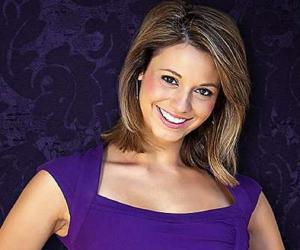