Dr. Robert Ballard is among the most accomplished deep-sea explorers and is best known for the remarkable discoveries of ancient shipwrecks, the most popular ones being, the RMS Titanic and the German battleship, ‘Bismarck’. During his long career, he has conducted more than 120 deep-sea explorations using the latest expedition technology and is also a forerunner in the early use of deep-diving submersibles. Apart from deep-sea exploration, he has pioneered distance learning courses in America and around the world, with the JASON project; an award-winning instructive program that reaches out to more than 1 million science students and deep-sea enthusiasts. He has received prestigious awards from the Explorers Club and the National Geographic Society and was also recently made the president of the Institute of Exploration. Nowadays, he tours with his newfangled explorer ship, the ‘EN Nautilus’ and spends around five to six months out in the big blue, exploring the likes of the Atlantic Ocean, the Aegean, the Black Sea and the Mediterranean Sea. The love for oceans, his prolific writing skills and his passion for designing new technological vessels, has made him one of the most illustrious and celebrated personalities in the world of marine geology and archaeology. Scroll further for more interesting information on this personality. Charles Lyell
Geologists #4
Scientists #282
DID WE MISS SOMEONE?
CLICK HERE AND TELL US
WE'LL MAKE SURE
THEY'RE HERE A.S.A.P
Quick Facts

American People
University Of California, Santa Barbara
Male Scientists
Cancer Scientists
American Geologists
Childhood & Early Life
Robert Ballard was born in Wichita, Kansas and grew up in Pacific Beach, San Diego, California. His early fascination with the sea is attributed to a novel which he read when he was a young boy titled, ‘Twenty Thousand Leagues under the Sea’.
His interest for the ocean soon developed into passion and he began working part-time for Andreas Rechnitzer’s Ocean Systems Group, in 1962. It was around this time he worked on the submersible ‘Alvin’ for the Woods Hole Oceanographic Institution.
Simultaneously, he was pursuing an undergraduate degree in chemistry and geology from the University of California, and he graduated in 1965. He then earned his MS in geophysics from the Institute of Geophysics at the University of Hawaii.
He began working towards earning a Ph.D. in marine geology from the University of Southern California in 1967, but his studies were soon cut-short when he was transferred to the US Navy as an oceanographer.
Continue Reading Below
You May Like

The Best Black Actresses Of All Time
Career
His first professional dive in a submersible was in 1969, off the coast of Florida, as a part of an oceanographic expedition arranged by Woods Hole. He began charting different parts of the ocean as a part of his Ph.D. dissertation. After a painstaking four years, he finally obtained his Ph.D. in marine geology and geophysics from the University of Rhode Island.
In the summer of 1975, he participated in the French-American expedition, Phere, searching for hydrothermal flues over the Mid-Atlantic Ridge. Around this time, his obsession with discovering the Titanic began.
While aboard the French research ship, Le Suroit, he began using the sonar vehicle, SAR, in his search for Titanic’s wreck. However, the French ship was called back and Ballard and his team were soon shifted onto another ship belonging to Woods Hole.
In 1982, he approached the US Navy with his idea of a new, technologically advanced, underwater robot vehicle, the ‘Argo’, which would help him discover the world’s greatest sunken ship, Titanic.
The Navy was not interested in financing the oceanographer’s expedition because they believed it was a lost cause and that finding the Titanic would be almost impossible. However, with a little bit of persuasion and with the promise that he would discover two sunken submarines for them, the Navy finally agreed to let him use their financial resources for his discovery.
While searching for the sunken submarines, he and his team learnt that the submarines had imploded from the immense water pressure and had left a trail of debris behind.
This made them realize that the same would have happened with the Titanic and that the only way to discover the ship is if they swept back and forth across the ocean floor looking for the debris trail of the Titanic with the help of the video feed from ‘Argo’.
In the wee hours of September 1, 1985, apart from a couple of incongruities, the ocean floor looked smooth. The anomalies on the bed began to grow and soon crater marks, detached boilers, scattered furniture and finally, the hull of the Titanic itself was found.
He and his team were ecstatic with the discovery and came to the realization that the ship had in fact split into two and that the stern was in a far worse condition than the hull. His fame was certain and he decided to keep the exact location of the Titanic a secret, to prevent others from claiming artifacts from the ship’s grave site.
Continue Reading Below
Subsequent dives to the Titanic were fruitful, photographs were taken and he became a legend in the field of deep-sea exploration. After discovering the wreck, he undertook even more daring dives with his team and discovered the German Battleship, Bismarck in 1989. The same year, he founded the JASON Project, a distance education program.
In 1990, he founded the Institute for Exploration, which specializes in deep-sea archaeology and geology as a part of the non-profit, ‘Sea Research Foundation, Inc.’
In 1993, he investigated and conducted a forensic analysis of the wreck of Titanic’s sister-ship, the RMS Lusitania, which was struck by a torpedo. Following this, he visited numerous other wreck sites from World War II in the Pacific and eventually discovered the wreck of Yorktown, JFK’s PT-109, the Britannic and the drowned river valleys off the Black Sea coast.
In 2003, he founded the Center for Ocean Exploration and Archaeological Oceanography at the Rhode Island’s Graduate School of Oceanography. The following year, he was appointed as the professor of oceanography at the university.
Major Works
His discovery of the Titanic on September 1, 1985, not only changed the face of ocean archeology forever but paved way for the development of even more advanced under-water technology. After Titanic foundered, he became the first person in 73 years to stumble upon the legendary ship which sank in 1912. The discovery is considered one of his greatest works because it was the first manned exploration of the mid-Atlantic ridge.
His book ‘Lost Liners’ published in 1997, is his magnum opus and offers its readers an insight into the magnificent ships and transatlantic liners lost under the sea. From the RMS Titanic to the Phoenician ships and the Andrea Doria, the book is a first-hand account of Ballard’s experiences and quests. In the first week of its release the book sold over 14,000 copies in the United States.
Awards & Achievements
In 1990, he was presented the Academy of Achievement’s Golden Plate Award for his explorations and discoveries at sea.
He received the Kilby International Award in 1994.
In 1996, the US Navy Memorial Foundation awarded him the ‘Lone Sailor Award’ for extraordinary naval service and his unparalleled works in underwater archaeology.
He was awarded the Caird Medal by the National Maritime Museum in 2002.
Personal Life & Legacy
In 1966, Ballard married Marjorie Jacobsen, a medical receptionist and they had two sons, Todd and Douglas. However, the couple divorced in 1990. He then married Barbara Earle in January 1991 and they have two children, William and Emily.
Robert Ballard’s son accompanied him on his expedition to discover the sunken German battleship, Bismarck. Just three weeks after the discovery, a personal tragedy struck him when his son passed away in a car accident at the age of 21.
Trivia
This renowned oceanographer has worked with National Geographic on many deep-sea projects and also assisted filmmaker, James Cameron in the making of ‘Titanic’. The first few scenes of the movie, where the wreck of the ship is shown, were filmed using the expertise of this famous personality and his team.
You May Like

See the events in life of Robert Ballard in Chronological Order 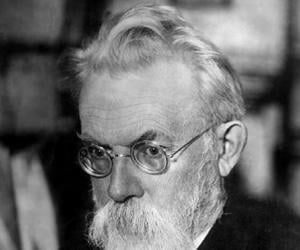