The brilliant physicist who devised the Rydberg formula, for predicting the wavelengths of photons, Johannes Rydberg was a Swedish scientist who also gave the world of science many other significant discoveries and formulae. He was a physicist who loved science for the sake of it. He was interested in experimental physics and this often interfered in his career growth. His father had died when he was a small kid and thus he had a difficult childhood embroiled in financial troubles. He was a bright and curious student who performed well at school where he became fascinated with mathematics. He studied mathematics in college where his interest grew to include physics and chemistry. Especially intrigued by the periodic table, he published his first paper on the topic. A dedicated physicist, it was his very love for the subject that prevented him from attaining financial success! He interest in physics was more experimental than theoretical, and thus this impeded his academic career. At one point of time he was forced to work as an accountant in a local bank to supplement his income! But ultimately it was his love for physics that led him to devise the Rydberg formula, and propose the concepts of Rydberg constant and Rydberg atoms. Werner Heisenberg
Physicists #529
Scientists #2171
DID WE MISS SOMEONE?
CLICK HERE AND TELL US
WE'LL MAKE SURE
THEY'RE HERE A.S.A.P
Quick Facts

Swedish Celebrities
Male Scientists
Male Physicists
Scorpio Scientists
Swedish Physicists
Childhood & Early Life
He was born in Sweden to Sven and Maria Anderson Rydberg. His father, a merchant and minor ship owner, died when Janne was just four years old. Thus he had a difficult childhood as his mother brought him up amid financial problems.
He completed his schooling in 1873 and enrolled at the University of Lund from where he received a bachelor’s degree in philosophy in 1875. His favorite subject had always been mathematics which he pursued after his bachelors. He earned a doctorate in mathematics in 1879.
Continue Reading Below
You May Like

The Sexiest Men Of 2020, Ranked
Career
He became an assistant lecturer or docent, in mathematics in 1880 at the Lund University. By now his interests were expanding to mathematical physics from just pure mathematics.
Following his increased interest in physics he changed his post to become an assistant lecturer in physics in 1882. He requested for a new physics building to house the Institute of Physics which was approved the same year.
He would perform his experiments in the new institute and formulate many of his findings there over the rest of his career. His love for experimental physics prevented him from accomplishing much as an academician.
He had always been interested in the periodic table of elements and it was this fascination which ultimately led to his studies in spectroscopy, the field in which he made his most significant contributions. He published his first scientific paper on the periodic table in 1884.
During the 1880s, he discovered that it was possible to separate the spectral lines belonging to an element in a number of different series and tried to find a formula for expressing it in a simple manner.
By 1887, his research was going on very well and he wrote to the Royal Swedish Academy of Sciences requesting financial support for furthering the studies.
His major spectral work, ‘On the Structure of the Line Spectra of Chemical Elements’ was published in 1890. This work, considered seminal in nature was a major contribution to the study of spectra.
During the 19th century spectroscopy had been a major field of physics on which numerous scientists had worked on. However, there was a problem of organizing the vast amount of data into a mathematically ordered form.
Rydberg’s simple formula helped to present the spectral data in a form researchers might find useful while studying the significance of spectra. In devising this formula he faced tough competition from other physicists like Heinrich Kayser and Carl Runge.
He became a provisional professor of physics at the Lund University in 1897 while retaining his post as an assistant lecturer. He was paid very poorly for his work and in order to provide for his growing family, Rydberg had to work as an accountant at a local bank.
He was finally made the professor of physics at Lund in 1901 after serving for years as a provisional professor. He retained this post till 1915 when he was forced to resign because of ill health.
Major Works
He is best known for propounding the Rydberg Formula which describes the wavelengths of spectral lines of many chemical elements and is used in atomic physics. The Rydberg constants and Rydberg atoms are related concepts.
Awards & Achievements
He was nominated for the Nobel Prize in Physics in 1917 but no prizes were made that year. He was again nominated for the Nobel Prize in 1920, but had unfortunately died the previous year.
He was inducted as a Fellow of the Royal Society in 1919 shortly before his death.
Personal Life & Legacy
He married Lydia Eleonara Mathilda Carlsson, daughter of a medical official, in 1886. The couple had three children.
He suffered from poor health during the last few years of his life. He was diagnosed with a weak heart and had blood circulation problems and was confined to the hospital for the last three years of his life. He died of a brain hemorrhage in 1919, aged 65.
You May Like

See the events in life of Johannes Rydberg in Chronological Order 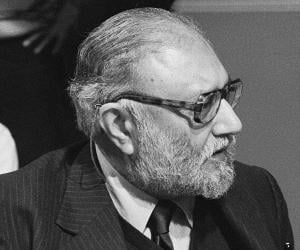 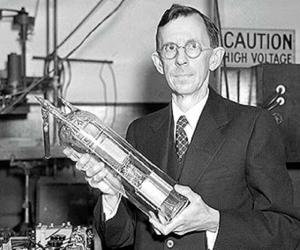