Charles Édouard Guillaume was a renowned Swiss physicist who won the Nobel Prize in Physics in 1920 for his to precision measurements in Physics. His interest in taking up physics as a field of study began when he was a student, and later was motivated to pursue this as a career upon reading François Arago's text book, ‘Éloges académiques’. Throughout his career that spanned approximately five decades, he had been associated with the International Bureau of Weights and Measures, in various positions. His most notable works were his contributions in the field of metrology and alloys. His discovery of alloy ‘Invar’, that was impervious to thermal changes was regarded path-breaking in the field of science at that point. This was followed by his development of the alloy ‘Elinvar’. Charles Édouard Guillaume was also the first to determine the precise temperature of space. He also authored several books related to his field of study. Johann Heinrich...
Physicists #554
Scientists #2300
DID WE MISS SOMEONE?
CLICK HERE AND TELL US
WE'LL MAKE SURE
THEY'RE HERE A.S.A.P
Quick Facts

Swiss Celebrities
Male Scientists
Male Physicists
Swiss Physicists
Swiss Scientists
Childhood & Early Life
Charles Édouard Guillaume was born on 15 February 1861 at Fleurier in Swiss-Jura. Charles’ father, Édouard, was a watch businessman at London; however, he later relocated the business to Switzerland and settled in Fleurier.
Charles completed his primary education at Neuchâtel and later went on earn his degree from Zurich Polytechnic. Here, he developed an interest in Physics, and in 1882 was awarded a PhD for his research and thesis on electrolytic capacitors.
After graduation, he completed one year of compulsory service with the Swiss Artillery as an officer. While serving here, he got the opportunity to study ballistics and mechanics.
Continue Reading Below
You May Like

The Hottest Male Celebrities With The Best Abs
In 1883, Charles ï¿½
In 1902, he took the position of the Associate Director, and in 1915 he took over as the Director of the Bureau. He held this position until his retirement in 1936. After his retirement, he served as was the honorary director of the Bureau until his death.
His initial research at the Bureau involved thermometry—the science and practice of temperature measurement. He conducted extensive investigations on corrections to mercury–in–glass thermometers. He was also responsible for the detailed calibration of thermometers used at the Bureau in the establishment of the thermal expansions of the standards of length.
He was involved in initial work on the International Metre and undertook a determination of the volume of one kilogram of water by the contact method. He found the volume of the litre to be 1,000.028 cubic centi metres, as against the accepted value of 1,000.000 cubic centi metres.
After 1890, he focused more on the study of alloys following an observation regarding the expansion of nickel- iron based alloys. His research led to the discovery of a nickel-iron alloy with low co-efficient of thermal expansion named ‘Invar’, in 1896. It was named from the word ‘Invariable’ as it had relatively less expansion or contraction when subjected to changes in temperature. The alloy contains 36% nickel and 64% iron.
As part of the duties at the Bureau, he was assigned the charge of replicating accurate copies of the standard meters to be distributed around the world. However, as the meter at the bureau was made of platinum–iridium alloy, duplicating the same would incur too much cost.
This situation prompted him to look for cheaper alternatives that would withstand resistance to chemical agents along with desirable hardness and permeance. The discovery of ‘Invar’ was an economical solution to aid the successful duplication of the standard meter bar.
A few years later, in the late 1890s he worked in collaboration with Chenevard and the Imphy steel laboratory and developed a variation of invar; a nickel- steel alloy named ‘Elinvar’; that was known for having a very low thermo-elastic coefficient even when subjected to thermal changes. Elinvar contains 59% iron, 36% nickel and 5% chromium. The alloy is nearly non-magnetic and resistant to corrosion.
The use of Ferronickel alloys soon spread to other industries and was put to use by watch makers, in the making of light bulbs, surveying tapes, thermostats and wires. As they were a substitute to platinum, there was enormous cost savings as well.
He authored several books throughout his life, which include: ‘Studies on Thermometry’(1886), ‘Treatise on Thermometry (1889), ‘Units and Standards’ (1894), ‘X–Rays’(1896), ‘Investigations on Nickel and its Alloys’ (1898), ‘The Life of Matter’(1899), ‘Metrical Convention and the International Bureau of Weights and Measures’(1902), ‘Applications of Nickel–Steels’ (1904), ‘States of Matter’ (1907), ‘Recent progress in the Metric System’ (1907, 1913), and so on. His work titled ‘Introduction to Mechanics’ was translated into many other languages.
Major Works
Charles Édouard Guillaume was a well known scientist who is remembered for his work in the field of metrology and alloys. He was responsible for the discovery of alloys ‘Invar’ and ‘Elinvar’.
Awards & Achievements
He was the first scientist to be awarded by the Swedish Academy of Sciences for his work in metallurgy.
In 1914, he was honored with the John Scott Medal.
He was awarded with the Nobel Prize in Physics in 1920 "in recognition of the service he rendered to precision measurements in Physics by his discovery of anomalies in nickel steel alloys".
Personal Life & Legacy
In 1888, Charles Édouard Guillaume married A. M. Taufflieb and together they had three children.
He died on 13 May 1938, in Serves, France, at the age of 77.
You May Like 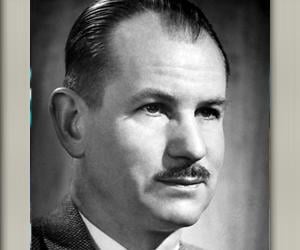