Hugo Chavez was one of the most influential figures of the Venezuela politics, who was elected as the President of the country for four consecutive terms until his death in 2013. A practitioner of Chavism, which is a political ideology that combined Bolivarianism and Socialism, he sought to implement various socialistic principles and policies to alleviate the inequality in the society and uplift the standards of the poor and the downtrodden. Born in a working class family and facing financial difficulties since young, Chavez despised the neoliberalism practiced by the ruling government and was deeply disturbed by the miserable and the wretched living conditions of the lower middle class and the poor. He was baffled by the inequality that was reigning in the country and resolved to bring a major reformation in the corrupt practices of the country. It was in 1997 that he formed the Fifth Republic Movement to contest in the Presidential elections. During his rule, the poor benefited greatly from the socialistic policies, and sectors, such as, health care, education and housing were given considerable importance. To know more on the life and profile of this political leader, scroll further. 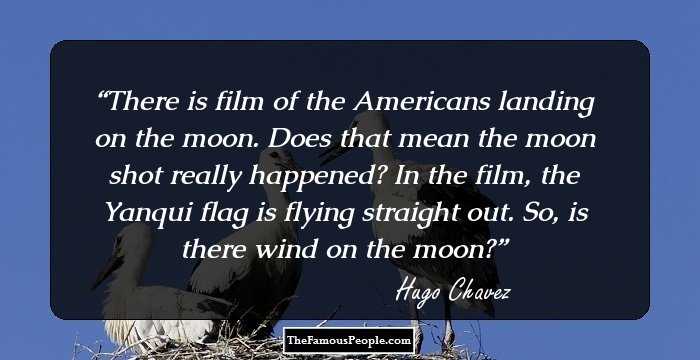 Who Is The Most Popular BTS Member?
Career
In 1971, he enrolled at the Venezuelan Academy of Military Sciences in Caracas. Four years later, he moved out of the academy as a top graduate.
His first job at the army was as a communications officer at the counterinsurgency unit in Barinas. He devoted his spare time to reading works of famous theoreticians, which further solidified his thinking that Venezuela required a leftist government.
The corruption in the army and the civilian government made him much critical thus resulting in the founding of a revolutionary movement within the army, namely, Venezuelan People's Liberation Army (ELPV) in 1977.
In 1982, he formed yet another secretive cell within the military by the name of Bolivarian Revolutionary Army 200, which was later called Revolutionary Bolivarian Movement-200 (MBR-200). The ideals of the organization were based on the beliefs and teachings of Ezequiel Zamora, Simon Bolivar and Simon Rodriguez.
He moved up to the position of a captain in the army and began teaching students his Bolivarian ideals. However, suspicious of his rebellious teachings, he was deported to the remote barracks at Elorza in Apure State.
In 1988, he was promoted to the position of a major and started serving as an assistant to General Rodriguez Ochoa.
Meanwhile, Carlos Andres Perez was elected as a President due to his reformative policies. However, his neoliberal policies infuriated the people who protested against him but were massacred by his orders.
Disturbed by the massare of people, Chavez began preparing for a military Coup. known as, Operation Zamora. The coup took place on February 4, 1992 but failed and Chavez surrendered himself.
After surrender, Chavez was allowed to appear on national television on the condition that he called upon the remaining active coup members to cease hostilities. Chavez gave his address in his military uniform and invoked the name of national hero Simon Bolivar in his address. His speech gave him a cult status and national spotlight. People looked upon him as a person who had the ability to stand against the government and its corruption.
Continue Reading Below
Released from the prison in 1994, after the appointment of Rafael Caldera as the President, Chavez indulged in promoting his Bolivarian, hoping to create social revolution.
He soon resented the neoliberal economic policies of the Caldera-led government which had cause a steep rise in the poverty levels and the downfall in the per capita income of the Venezuelans. Furthermore, crime rate and homicide had increased sharply.
To bring about an end to the corruption, he founded his own political party, the Fifth Republic Movement with him as the Presidential candidate. Backed by the support of the Copei party, he contested the 1998 elections and emerged victorious with 56.2% votes.
He assumed Presidency on February 2, 1999. He appointed a number of leftists to important governmental positions. In his initial years, he employed capitalism instead of neoliberalism practiced by former governments.
He started a social welfare program called Plan Bolivar 2000, which was organized to undo the wrongs done in Caracas massacre. The army officials indulged in helping the poor by offering free medical aid and cheap food. They also worked to repair roads and hospitals.
He brought about a constitutional amendment, amending the powers of the Congress and the judicial system. He even changed the name of the country to Bolivarian Republic of Venezuela.
According to the new constitutional amendment, the elected government officials had the power to dismiss corrupt people who operated only in their own interest. Though people highly applauded the change, the opposition party termed it as the domination of Chavez-led government.
The new amendment allowed increased protections for indigenous peoples and women, established educational housing, healthcare and food rights for people and gave military powers to ensure public order and national development.
The successful first term led to his re-election and he won the presidential elections, securing 59.67% votes. His second term lasted from January 10, 2001 to January 10, 2007 with. In his second term, he worked on eradication of illiteracy.
Continue Reading Below
It was during his second term that he strengthened the ties with the Castro-led Cuban government by exchanging barrels of oil for trained medicine practitioner and educators. However, this led to a deteriorating relationship with the United States. He further nationalized major portion of oil reserves instead of privatising it.
He won the 2007 presidential election and was elected as the President for third consecutive time.
He jointly initiated the Bolivarian Alliance for the Americas, with Fidel Castro and Evo Morales. He supported Latin American and Caribbean cooperation and was instrumental in setting up the pan-regional Union of South American Nations, the Bolivarian Alliance for the Americas, the Bank of the South, and the regional television network TeleSur.
In 2012, he won the presidential election yet again for the fourth time with 54% votes. The inauguration which was scheduled on January 10 was postponed due to his ill health. His vice president, Nicolas Maduro succeeded to the chair of the President later. 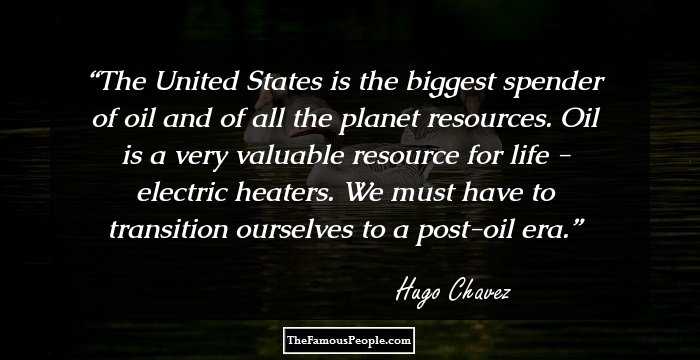 Awards & Achievements
He was enlisted in the TIME magazine’s list of 100 most influential people in 2005 and 2006.
He was bestowed with the Blue Planet Award in 2008.
Over his lifetime, he received honorary doctorate degree from various universities across the globe, few of which are Kyung Hee University, Beijing University, University of Damascus, University of Tripoli, University of Brasilia, and so on.
Several streets, squares, airport and institutions have been named after him.
Personal Life & Legacy
He tied the knot with Nancy Colmenares. The couple was blessed with three children. After 18 years of marriage, the two separated. Meanwhile, during his first marriage, he had an affair with Herma Marksman for nine years.
In 1997, he married Marisabel Rodriguez. Together, they had a daughter. The couple separated in 2000, legally divorcing only in 2004.
In June 2011, he was diagnosed with cancer. He underwent three surgeries to remove the tumor with cancerous cells, finally succumbing to death due to heart attack on March 5, 2013. 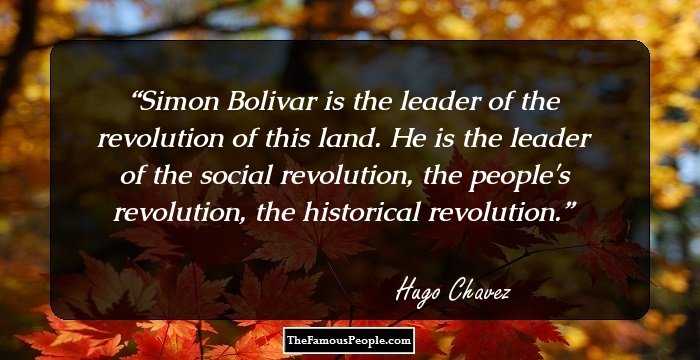 Trivia
He was elected as the President of Venezuela for four consecutive terms from 1999 until 2012 of which he served actively for three terms. He was the man behind the change of the name of the country to Bolivarian Republic of Venezuela
You May Like

Quotes By Hugo Chavez | Quote Of The Day | Top 100 Quotes

See the events in life of Hugo Chavez in Chronological Order