Advanced Search
Abhijit Banerjee is an Indian-American development economist who shared the 2019 'Nobel Memorial Prize' in Economic Sciences with Esther Duflo, his wife, and Michael Kremer, fellow economist from Harvard University, "for their experimental approach to alleviating global poverty". Banerjee and Duflo, both professors at Massachusetts Institute of Technology, became the sixth married couple to jointly win a Nobel Prize. Banerjee is the director of Abdul Latif Jameel Poverty Action Lab, which he had co-founded with Duflo and Sendhil Mullainathan. He has previously taught economics at Harvard University and Princeton University. He has also offered lectures at various institutions around the world, including Yale University, University of Southern California, University of Chicago, Institute of Development Studies Kolkata, University of Kolkata, University of Oxford, and The French Economic Association (AFSE). He has authored seven books so far, most popular of which is 'Poor Economics', co-written with Duflo. Simon Kuznets
DID WE MISS SOMEONE?
CLICK HERE AND TELL US
WE'LL MAKE SURE
THEY'RE HERE A.S.A.P
Quick Facts

American People
Harvard University
Princeton University
University Of Calcutta
Massachusetts Institute Of Technology (MIT)
Childhood & Early Life
Abhijit Binayak Banerjee was born on February 21, 1961 in Calcutta, now Kolkata, the capital of the state of West Bengal, India, to Nirmala and Dipak Banerjee. His mother was a professor of economics at the Centre for Studies in Social Sciences, Calcutta, while his father was a professor and the head of the Department of Economics at Presidency College, Calcutta.
A student of the prestigious South Point School, he obtained his Bachelor's degree in economics from Presidency College, Calcutta, in 1981, before completing his Master's degree from the Jawaharlal Nehru University, Delhi, in 1983. He subsequently went to study at Harvard University and got his Ph.D. in economics in 1988 for the thesis paper 'Essays in Information Economics'.
Continue Reading Below
Career
Abhijit Banerjee began his professional career as an Assistant Professor of Economics at the Princeton University in 1988 and stayed in that position until 1992. He served as a Visiting Assistant Professor of Economics at the Harvard University in 1991, and joined the university as an Assistant Professor in 1992.
In 1993, he became the Pentti J.K. Kouri Career Development Associate Professor of Economics in Massachusetts Institute of Technology's Department of Economics and also became a fellow of the Econometric Society. The following year, he was promoted to Associate Professor, and became a Professor of Economics at MIT in 1996.
Since 2003, he has been serving as the Ford Foundation International Professor of Economics at the MIT. In 2003, with economists Esther Duflo and Sendhil Mullainathan, he co-founded Abdul Latif Jameel Poverty Action Lab, a global research center working to reduce poverty by ensuring that policy is informed by scientific evidence.
He was the president of the Bureau for the Research in the Economic Analysis of Development in 2003-04. In 2004, he was elected a fellow of the American Academy of Arts and Sciences and became a member of the Council of the Econometric Society.
In 2006, he became a research associate of the National Bureau of Economic Research and a research fellow at the Centre for Economic Policy Research. Two years later, he became an International Research Fellow of the Kiel Institute and was made Honorary Consultant in PEO, Planning Commission, in India.
In 2011, he co-authored the book 'Poor Economics', his fourth book, with his then partner and colleague Esther Duflo. The book was translated into over 17 languages and won the 2011 'Financial Times and Goldman Sachs Business Book of the Year Award'.
Awards & Achievements
In 2000, Abhijit Banerjee was honored with the 'Mahalanobis Memorial Medal' in India and received the 'Malcolm Adeshesiah Award' the following year.
He was the recipient of the inaugural 'Infosys Award in Social Sciences' in the category of economics in 2009.
In 2014, he was awarded the Bernhard-Harms-Prize from the Kiel Institute for the World Economy and received an Honorary Doctoral degree from KU Leuven.
Along with his wife Esther Duflo and fellow economist Michael Kremer, he received the 'Nobel Memorial Prize' in Economic Sciences in October 2019.
Family & Personal Life
Abhijit Banerjee's first marriage was to Dr. Arundhati Tuli Banerjee, a lecturer of literature at MIT, with whom he shares a son. However, they are now divorced.
Since 2015, he is married to Esther Duflo, who is his co-researcher and a Professor of Poverty Alleviation and Development Economics at MIT. They were together for some time before their marriage and share a child born in 2012.
Trivia
While studying in JNU, Abhijit Banerjee was arrested and put in Tihar Jail alongside fellow students who had 'gheraoed' the then Vice Chancellor P.N. Srivastava during a protest. However, the students were later released on bail and the charges were dropped.
In 1999, he was a joint supervisor of his future wife and French-origin student Esther Duflo's PhD in economics at MIT. She met Banerjee's family in Kolkata when they visited the city for research purposes long before they were married.

See the events in life of Abhijit Banerjee in Chronological Order 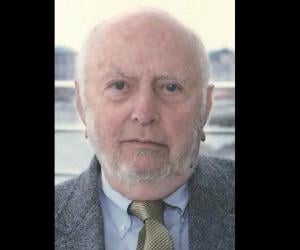