Advanced Search
Enver Pasha was an Ottoman military officer, best known for leading the Ottoman Empire in both the Balkan Wars and the First World War. He was also known as one of the most prominent leaders of the Young Turk Revolution of the 1908. Enver was the eldest of the five children of his rich Albanian–Turkish father and Albanian mother. Enver studied in military schools and graduated from ‘Harp Akademisi’ in 1903. He achieved the rank of major general in 1906 and joined the ‘Third Army’ stationed in Salonica. Around this time, many groups were standing up against the rule of Sultan Abdul Hamid II, in order to end the monarchy and establish democracy. Enver joined the movement by aligning himself with the ‘Ottoman Liberty Association,’ which later joined the ‘Committee of Union and Progress.’ In January 1914, he was made the minister of war of the Ottoman Empire after the Ottoman coup d’etat. He remained in the position until the end of the First World War in 1918, and as the commander-in-chief of the army, he remained one of the most powerful men in the Empire. He was held responsible for the Armenian genocide and the Greek genocide, along with Talaat Pasha and Djemal Pasha. He passed away in August 1922, in a battle against the Soviet forces. See the events in life of Enver Pasha in Chronological Order 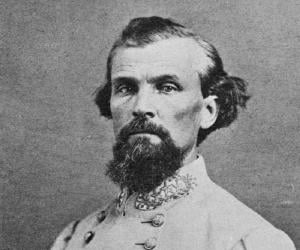