Hayreddin Barbarossa was one of the most successful naval commanders of the Ottoman Empire in the 16th century. Born Khizr, he later gained the title of “Hayreddin,” meaning “Goodness,” and “Barbarossa,” or “Red beard.” He is known in history for defeating the combined forces of Spain, the Holy Roman Empire, and the Republic of Venice in the battle of Preveza that established the supremacy of the Ottoman Empire in the Mediterranean region. From helping his father with trading over sea routes, to resorting to piracy to counter the ‘Knights of St. John,’ Barbarossa proved himself to be one of the best naval commanders of his time. He established a loyal force by providing safe passage for Muslim Mudéjars, from Spain to North Africa. He gained the support of the Sultan of the Ottoman Empire and developed diplomatic relations with the French to fight against the Italians and the Spaniards who threatened his forces. Charles V of Spain tried to lure him with the lordship of North Africa, but Barbarossa did not fall prey to the bait. After his retirement, he appointed his son, Hasan Pasha, as the ruler of Algiers and spent the rest of his time contributing to his memoirs that remain displayed at the ‘Istanbul University Library’ to this day. Heraclius
Military Leaders #38
Leaders #109
DID WE MISS SOMEONE?
CLICK HERE AND TELL US
WE'LL MAKE SURE
THEY'RE HERE A.S.A.P
Quick Facts

Turkish People
Male Leaders
Turkish Leaders
Turkish Military Leaders
Childhood & Early Life
Hayreddin Barbarossa was born Khizr, in 1478, on the island of Lesbos in the Ottoman Empire, which is now part of Greece. His father, Yakup Ağa, was a Turkish cavalry soldier of Albanian origin, and his mother was an Orthodox Christian named Katerina and the widow of a Greek Orthodox priest.
He had three brothers and two sisters. He and his brothers helped their father run a pottery business after he retired from the army. All four brothers grew up to become seamen on international trade routes. From trading, the brothers soon turned to privateering on the Mediterranean Sea in order to counter the ‘Knights Hospitaller.’
His brother Ilyas was killed by the ‘Knights of St. John,’ and another of his brothers, Oruç, was taken prisoner and held at the ‘Knight’s castle in Bodrum, till he was rescued by Khizr. Oruç later gained the support of the Ottoman prince and was given 18 galleys to fight against the ‘Knights of St. John,’ who were disrupting the Ottoman trade routes.
Continue Reading Below
You May Like

The Sexiest Men Of 2020, Ranked
Career
Khizr joined his brother Oruç and went to Egypt, following the exile of the Ottoman prince who had given them his support. They were given more ships and made responsible for operations against Italy and the islands in the Mediterranean Sea.
In 1503, the brothers made the island of Djerba their base and operated in the Western Mediterranean Sea. The following year, they made an agreement with the Sultan of Tunisia and gained the use of the strategic port of La Goulette.
They soon became famous for their exploits, which were eventually shared with the Sultan. These included a Sicilian warship with 380 Spanish soldiers and 60 Spanish knights on board, who were on their way from Spain to Naples. The third brother, Ishak, also joined forces at La Goulette.
They were joined by other Muslim corsairs, with whom they raided the coast of Liguria. From 1504 to 1510, they were instrumental in providing safe passage and transportation for Muslim Mudéjars, from Spain to North Africa. The role played by Oruç in providing assistance to Muslims earned him the title of “Baba,” which later got converted to “Barbarossa.”
Between 1510 and 1512, they raided Cape Passero in Sicily and Reggio Calabria in southern Italy. They were subsequently invited by the exiled ruler of Bougie to drive out the Spaniards. Simultaneously, they built more ships and established a gunpowder manufacturing establishment at La Goulette.
Having established their might in the region, they captured four English ships on their way to France and several other Spanish vessels, too. In 1514, their forces destroyed two Spanish fortresses in Bougie. They then raided the cities of Ceuta and Jijel.
They captured Jijel in 1516 and drove out the Spaniards and Abu Hamo Musa III of the Beni Ziyad dynasty, to establish their own rule over Algeria. A year later, they joined the Ottoman Empire in order to seek protection from the Spaniards who were seeking revenge. Thus, Algeria became a province of the Ottoman Empire, with Oruç as its ruler.
In May 1518, Oruç and Ishak were killed in the battle for Tlemcen, against the forces of Emperor Charles V of Spain, and Khizr was made “Beylerbey” by Sultan Selim I. Khizr inherited his brother’s title, “Barbarossa,” too.
Hayreddin Barbarossa recaptured Tlemcen by the end of 1518 and built up a sizable loyal army by transporting Mudéjars from Spain to North Africa. He defeated the Spanish army that attempted to recapture Algeria and sank several of their ships.
Continue Reading Below
He assisted the Ottoman Empire to capture Rhodes and drive out the ‘Knights of St. John’ from the region in 1523. From 1525 to 1527, he raided many ports and castles on the coast of Italy and Spain, including Crotone, Castignano, and Messina.
He was successful in repulsing the attack of Andrea Doria, who was sent by Charles V to recapture Jijel in 1531. Sultan Suleiman realized the value of a strong naval commander and appointed Barbarossa as the “Grand Admiral” of the ‘Ottoman Navy.’ He was also given the province of Rhodes and islands of Euboea and Chios to rule.
Barbarossa understood the importance of France and made peace with King Francis I by exchanging ambassadors and establishing embassies in 1533. He then combined forces with France to attack the Duke of Savoy and the Genoese province.
Having achieved success, he went on to recapture Patras, Coron, and Lepanto from the Spaniards by mid-1534. He then crossed the Strait of Messina, attacked the Calabrian coast, and destroyed ships harbored at the port of Cetraro. His exploits took him to the Gulf of Naples and the Tiber, threatening Rome.
The Spanish and Italian forces combined to fight Barbarossa to recapture Tunis. Barbarossa abandoned Tunis before his enemies could reach him and then sailed to Capri, where he constructed a fort that stands to this day. He then sailed back to Algiers and repulsed another Spanish attack on Tlemcen.
In 1536, he was made the commander of 200 ships that attacked the Habsburg Kingdom of Naples. The following year, he led the Ottoman forces that captured the Ionian Islands, which were part of the Republic of Venice.
He defeated the combined forces of Spain, the Holy Roman Empire, and the Republic of Venice in the battle of Preveza in September 1538 and established the supremacy of the Ottoman Empire over the Mediterranean region.
Major Works
His memoirs remain displayed at the ‘Istanbul University Library.’
Awards & Achievements
He was given the top-most honors of the Ottoman Empire and the right to sit on the Imperial Council.
Personal Life
Barbarossa retired in 1545 and appointed his son, Hasan Pasha, as his successor. He then dictated his memoirs to Muradi Sinan Reis. The hand-written memoirs, known as the ‘Conquests of Hayreddin Pasha,’ are displayed at the ‘Istanbul University Library’ to this day.
He died in 1546 at the palace of Büyükdere, close to Istanbul. His mausoleum is located at the ‘Barbaros Park’ in Istanbul, near the ‘Istanbul Naval Museum,’ where his statue stands.
Trivia
Charles V once sent an agent to offer Barbarossa the lordship of North Africa to gain his loyalty. The agent was also instructed to kill Barbarossa if he did not accept the offer. Barbarossa decapitated the agent with his scimitar before he could make his move.
You May Like

See the events in life of Hayreddin Barbarossa in Chronological Order 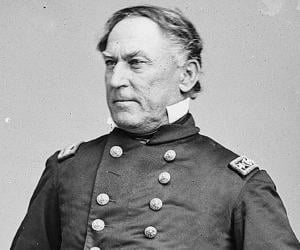