Dilma Vana Rousseff is a Brazilian economist and politician, who became the first woman president of Brazil in 2011. She faced her first fight for democracy, justice, and development in Brazil at 16 years of age following her education in the 'Central State High School'. She took to the streets in protest and was a part of the organized resistance against military dictatorship, getting affiliated to many leftist and Marxist urban guerrilla groups. She was eventually captured, jailed, and tortured, and it is only after her release that she began her life afresh with a new stand. She flourished in her personal life as well as in education, self-development, and the contemporary political scene in Brazil. She played an important role in the founding of the Democratic Labour Party (PDT) in Rio Grande de do Sul. She immensely contributed to the energy efficiency of her state, where she served as the Secretary of Energy, Mines, and Communication, and subsequently as the Minister of Mines and Energy for a few years. Through 2005 to 2010, she excelled as the Chief of Staff of President Luiz Inácio Lula da Silva. She ran for presidency soon after and was eventually sworn in after her victory on January 1, 2011. Léon Blum
Political Leaders #210
Presidents #169
Leaders #1374
DID WE MISS SOMEONE?
CLICK HERE AND TELL US
WE'LL MAKE SURE
THEY'RE HERE A.S.A.P
Quick Facts

Brazilian People
Brazilian Women
Women Leaders
Women Presidents
Brazilian Leaders
Childhood & Early Life
Rousseff was born in Belo Horizonte in southeast Brazil to Bulgarian lawyer, Pedro Rousseff and Dilma Jane da Silva, a schoolteacher. She was brought up in an upper-middle-class household with two siblings - Igor and Zana.
She received education at 'Our Lady of Sion' and then 'Central State High School', where she was first introduced to the local political scene by the journalist Cláudio Galeno Linhares, whom she would go on to marry in 1968.
As a teenager, she became actively involved in the resistance against dictatorship (established by a military coup) with her left-wing ideals> She joined 'Worker's Politics', and later became a part of the 'National Liberation Command', a militant group.
She was arrested on January 16, 1970, in a bar in São Paulo and was tortured in different ways including usage of electric shocks, and was jailed for almost three years. She was released at the end of 1972 when she started her life anew at Porto Alegre.
Continue Reading Below
You May Like

Who Is The Most Popular BTS Member?
Career
Having resumed her education again, she completed her graduation in Economics from the Rio Grande do Sul Federal University in 1977, and slowly, with the grip of dictatorship weakening, became active in politics again.
Between 1986 and 1988, she was appointed the Secretary of Finance for Porto Alegre, and later, in 1993, she assumed the role of Secretary of Mines, Energy, and Communication, where her contribution was impressive, with energy efficiency and power production increasing considerably within Rio Grande do Sul.
Rousseff was appointed the Minister of Mines and Energy in 2003 by Luiz Inácio Lula da Silva when he became the President. In 2005, she was appointed the Chief of Staff, and since Lula's term as the president was limited to two years by constitutional law, he began grooming her to be his successor.
By 2010, she had fully committed herself to the presidential campaign, with promises of maintaining Lula's reforms and policies, and widespread support.
On October 31, 2010, with over 56% valid votes, she won the election, and on January 1, 2011, she was sworn in as the president of Brazil.
As the president of Brazil, her domestic agenda was ensuring economic stability, battling of poverty, tax and political reforms, and of course, job creation. Her foreign policies strengthened Brazil's position and stand in the global political scenario.
Throughout her administration, there were accusations of political corruption, which resulted in the resignation of five cabinet ministers, and the arrest of six government officials, of which, two she fired herself. These corruptions were pre-existing and Lula was alleged to be involved specifically in the scandal where members of the 'Chamber of Deputies' were bribed (mensalão).
Rousseff was re-elected president on October 26, 2014, with a narrow margin of victory by 51.64% votes, and she continues to serve her term to this day.
Awards & Achievements
Dilma Vana Rousseff spent the four years of her administration in the upheaval of the living condition of the poor and Brazilian citizens in general. Statistically, more than 36 million Brazilians were lifted out of poverty, job opportunities were created, and the minimum wage saw a considerable hike of 72% above inflation.
Continue Reading Below
Her four-year term promised to generate R$ 635 billion for health and education resources in 35 years, and also R$368 billion were added to the Social Fund.
In Forbe's list of the most powerful women in the world, she was ranked 3rd in 2011, 2nd in 2013, and 4th in 2014. In their list of the most powerful people in the world, she was ranked 16th, and as a woman held the 3rd position.
She received the 'Woodrow Wilson Public Service Award' in New York, and the very next day, she became the first woman ever to open a session at the 'United Nations General Assembly'.
Other international recognitions include the awards of 'Cordon of the Order of Stara Planina' in Bulgaria (2011) and 'Knight of the Collar of the Order of Isabella the Catholic' in Spain (2014).
Personal Life & Legacy
Rousseff was married to journalist Cláudio Galeno Linhares from 1968 to 1981. They had been separated since the early 1970s but the divorce was finalised in 1981.
Soon after her separation with Galeno, she married Carlos Franklin Paixão de Araújo, with whom she had her first and only child, a girl, Paula Rousseff. They couple divorced in 2000.
She enjoys history and opera, and at one point of time, was obsessed with Greek mythology, and even enrolled herself in a Greek theatre.
Rousseff suffered from lymphoma which was treated with chemotherapy, which in turn later caused myopathy. She was treated and got better eventually.
Trivia
During her treatment for cancer, she used to wear a wig.
She is popularly known as 'the Iron Lady of Brazil'.
You May Like

See the events in life of Dilma Rousseff in Chronological Order 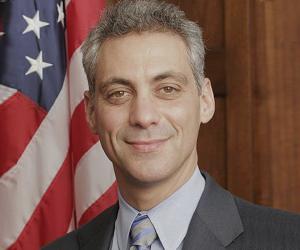