Advanced Search
Baroness Bertha Felicie Sophie von Suttner was a Czech-Austrian pacifist who became the first woman to receive the Nobel Peace Prize for advocating peace. She also wrote the world’s most famous book on anti-war sentiments which was translated in all the European languages and had a number of editions. The book carried a message to all warring nations to put down arms and solve their disputes through dialogue. Her writings, speeches and appearances at various functions and meetings earned her the nickname of the ‘generalissimo of the peace movement’. Although she was born into aristocracy she lived her whole life through financial difficulties. She was not allowed entry into the highest levels of the elite as she had a mixed descent and had no great money or large estates to boast of. She was a writer, teacher of languages and a peace activist. Sutner’s life was full of financial woes during the time she spent with her mother and later with her husband. Franz Kafka
9th June In History
DID WE MISS SOMEONE?
CLICK HERE AND TELL US
WE'LL MAKE SURE
THEY'RE HERE A.S.A.P
Quick Facts

Austrian Celebrities
Austrian Women
Women Writers
Gemini Writers
Women Novelists
Childhood & Early Life
Bertha von Suttner was born as Countess Kinsky on June 9, 1843 in Prague, Czechoslovakia.
Her father Franz de Paula Josef Graf Kinsky von Wchinitz und Tettau, had been a field marshal. Her mother Sophie Wilhelmine von Korner was the daughter of captain of the cavalry. She had an elder brother Arthur.
As a young girl she wanted to have a career in the opera and accordingly studied music intensively. She also studied various languages under a number of tutors.
Continue Reading Below
Career
She went to Vienna in 1873 to take care of the four daughters of the Suttner household. Here she met her future husband.
She went to Paris to be a secretary to Alfred Nobel in 1876.
After working as the secretary of Alfred Noble for a brief period, she returned to Vienna to marry Baron Arthur Gundaccar von Suttner. As the Suttner family disapproved of the match, Bertha von Suttner had to leave Vienna and travelled to Mingrelia in the Caucasus.
To earn a living she and her husband taught languages and music during their stay in the Caucasus. She wrote a poetic description of her life with her husband, four novels and a book titled ‘Inventarium einer Seele’.
In 1882 she along with her husband moved to Tblisi.
In 1885 she and her husband went back to Vienna after Arthur's family accepted their marriage.
The thoughts of Spencer and Darwin influenced her next book ‘Das Maschinenzeitalter’ or the ‘Machine Age’, which was published in 1889.
She came out with the book titled ‘Die Waffen nieder’ or ‘Lay down Your arms’ and published it in late 1889 which caught the imagination of many peace-loving people.
In 1891 she formed a peace group in Venice and helped the formation of the ‘Austrian Peace Society’ and became its President. She attended the international peace conference for the first time and initiated the ‘Bern Peace Bureau’.
Continue Reading Below
She kept communicating with Alfred Nobel and promised to keep him updated on how the peace movements were progressing.
She formed the journal ‘Die Waffen Nieder dedicated to peace along with A.H. Fried in 1892 and remained its editor till 1899.
In January 1893 she received a letter from Alfred Nobel about the foundation of a peace prize.
She and her husband went about organizing meetings and giving lectures to garner support for the Peace Conference which was about to be held in 1899.
Though she was stricken with grief at the loss of her husband in 1902 she continued her lecturing and writing, though she travelled only when it was absolutely necessary.
Suttner attended the International Peace Conference in Boston in 1904.
Even after receiving the Nobel Peace Prize in 1905, she continued to work. She helped to form the Anglo-Germen Friendship Committee and gave lectures on the military involvement of different nations in foreign countries.
She gave interviews to the ‘International Club’ at the Hague Conference in 1907, at the Peace Conference in London in 1908.
In 1911 she became a member of the ‘Carnegie Peace Foundation’.
Continue Reading Below
Even though she was seriously ill, she spoke at the International Peace Conference held in Hague in 1913.
Throughout the year 1914, she made preparations for the International Peace Conference to be held in Vienna in September but could not do so as she died in June 1914. Two months later the First World War broke out making all her predictions real.
Major Work
Her first serious novel was ‘Inventarium einer Seele’ which narrated the experiences she had with her husband.
Her second book ‘Das Maschinenzeitalter’ in 1889 criticized nations arming themselves for war.
Her third book ‘Die Waffen Nieder’ was highly popular among the advocates of peace and was published in 37 editions and12 languages.
Awards & Achievements
Bertha von Suttner received the Nobel Peace Prize in 1905 for her all-round work in trying to bring peace to the world.
Personal Life & Legacy
She got married to Arthur Gundaccar in secrecy as Arthur's family did not accept the marriage
Bertha von Suttner died of cancer on June 21, 1914 in Vienna, Austria.
Humanatarian Work
She worked untiringly to convince the world that peace and harmony was the only option for progress.
Trivia
Bertha von Suttner could not become an opera singer as she could not overcome stage fright. 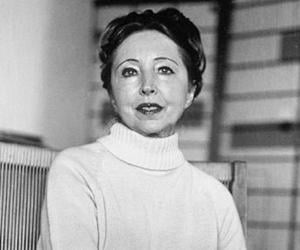