Shirley Jackson was an American author of novels and short stories, whose most famous short story ‘The Lottery’ is regarded as one of the greatest short stories ever written. Jackson was born in San Francisco but grew up in Burlingame, California, before the family moved to New York when she was a teenager. She had started writing stories and poems right from the time she was a teenager but it was during her time at the Syracuse University that she really came into her own when the campus magazine published one of her short stories titled ‘Janice’. After graduating from university, she settled down with her husband in New York and started working as a full time writer. Her stories were published in some of the most well-known American magazines and before long she became a known face in the American literary scene. Her first big break came in the form of the short story ‘Come Dance With Me In Ireland’ but later on her short story ‘The Lottery’ made her one of the most famous short story writers of her time. She also wrote novels and her novel ‘The Haunting of Hill House’ was turned into two feature films. Cause of Death: Coronary Occlusion

American Celebrities
Short Story Writers
American Women
Syracuse University
Women Writers
Childhood & Early Life
Shirley Jackson was born in San Francisco, California, U.S. to Leslie Jackson and Geraldine Jackson on 14 December 1916. Her family belonged to the middle class and she had a comfortable childhood. No information about the occupation of her parents is known.
She grew up in a place called Burlingame in California. This area was inhabited by affluent families. She was interested in writing from an early age and her earliest works as a writer included shorts stories and poetries, which she wrote as a teenager.
When she was 17-year-old, her family decided to relocate from California to New York. In New York, she studied at Brighton High School and graduated high school in 1934. She subsequently enrolled at the University of Rochester but eventually moved to Syracuse University. She graduated with a BA six years after graduating high school. 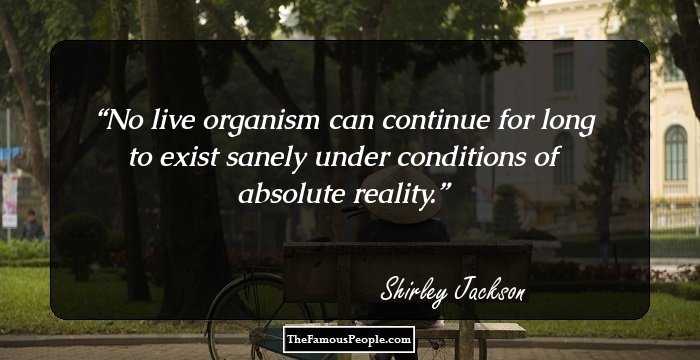 The Sexiest Men Of 2020, Ranked
Career
Her work was published for the first time during her time at Syracuse University. In 1937, the short story titled ‘Janice’ was published in the campus magazine. Subsequently she helped in establishing the literary publication Spectre inside the campus during his time there.
After graduating from university, she moved with her husband to New York in 1940 and set up their residence in Greenwich Village. She became a professional writer after moving to the city and according to some accounts, wrote every day along with working in various odd jobs, in order to take care of her expenses. She became a contributor to esteemed American publications such as ‘The New Yorker’ and ‘The New Republic’.
In 1944, she came into prominence as a writer when her short story ‘Come Dance With Me In Ireland’ was chosen among the ‘Best American Short Stories’ and the following year, the family moved to North Bennington, Vermont, after her husband took up a job there. Her story ‘The Missing Girl’ is known to have been inspired by the real life events in relation to the disappearance of a girl in Bennington College.
In 1948, Jackson’s first novel ‘The Road Through the Wall’ was published but the bigger breakthrough was her short story ‘The Lottery’, which was published in ‘The New Yorker’. The short story remains one of her most famous works and created a stir among readers. The following year she relocated to Westport, Connecticut and her book of collected short stories titled ‘The Adventures of James Harris’ was published.
She wrote a gothic novel titled ‘Hangsaman’ in 1951 and continued to write short stories like ‘The Bird’s Nest’ and ‘One Ordinary Day With Peasants’ among others. Her fame and recognition as a writer of short stories as well as novels grew during that period.
In 1959, her most famous novel ‘The Haunting of Hill House’ was published and is regarded as one of the best haunted house tales ever written. The book was also adapted into two movies. A year later, she wrote the novel ‘We Have Always Lived in the Castle’ which turned out to be a best-seller. Subsequently, she worked as the review writer of children’s books for ‘New York Herald Tribune’. 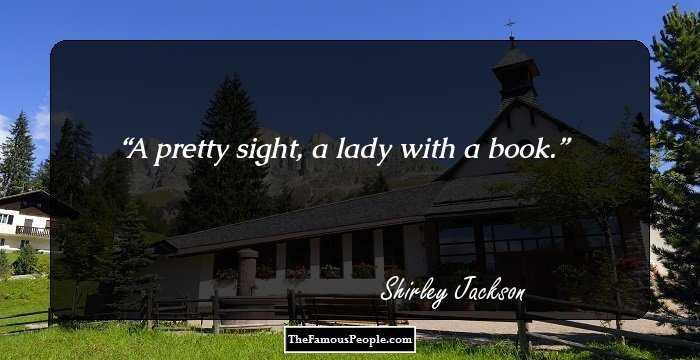 Major Works
The most significant work of her career was the short story ‘The Lottery’, which was published in The New Yorker magazine in 1948. It is regarded as one of the best short stories and has been translated into several languages.
Personal Life & Legacy
She married Stanley Edgar Hyman, a literary critic by profession, in 1940. The couple had four children - Laurence, Joanne, Sarah and Barry.
She died on 8 August 1965 in North Bennington in Vermont due to a heart attack. 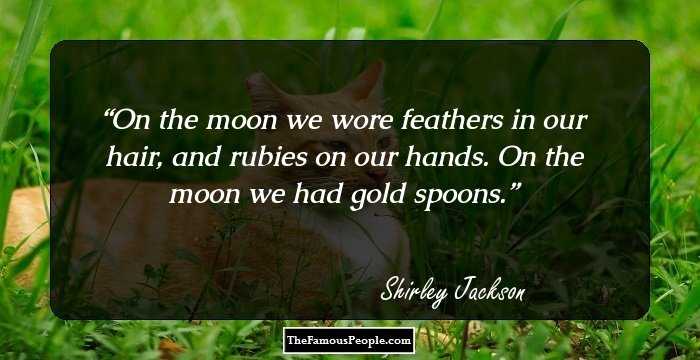 Quotes By Shirley Jackson | Quote Of The Day | Top 100 Quotes

See the events in life of Shirley Jackson in Chronological Order