Advanced Search
Born in a family of eminent rabbis, Abraham's path in life was pre-determined. He received a Jewish upbringing and upheld Judaism as the way of life. He took up the noble profession of teaching and in the due course developed his own views on the actual meaning of spirituality and religion. He did an extensive study of the ancient Jewish scriptures 'Talmud' and 'Torah' and belonged to the reformed Jewish cult. Drawing roots from the traditional philosophies, the reformed Judaism was a modern take on the existing principles governing the Jewish faith. According to Herschel, the divine can be encountered only by serving the living. He also believed that a relation with the almighty can be established only by means of good deeds. As a part of the social cause, he actively demonstrated against the discrimination meted out to the blacks in America during the Civil War. Having suffered the wrath of wars, he strongly condemned the attack on Vietnam. He published many works on Jewish philosophy during his tenure at the ‘Jewish Theological Seminary’. The works catered to many aspects of Judaism like the ‘Kabbalah’ and ‘Halakhah’ (The Jewish Law). To know more about the life and works of Heschel read on

Alfred Korzybski
DID WE MISS SOMEONE?
CLICK HERE AND TELL US
WE'LL MAKE SURE
THEY'RE HERE A.S.A.P
Quick Facts

Polish Celebrities
Philosophers
Polish Men
Male Philosophers
Polish Theologians
Childhood & Early Life
Descending from a lineage of prominent Hasidic families of Europe, Abraham Joshua Heschel was born in the town of Warsaw, Poland, on 11th January 1907. He was one of the six children born to his parents Moshe Mordechai and Reizel Perlow. In 1916, the children lost their father Mordechai, who was suffering from Influenza.
In tune with the family traditions, Joshua received education in a conventional Jewish institution, commonly known as ‘Yeshiva’, and later pursued his doctorate in formal Semicha (Rabbi Ordination), from the ‘University of Berlin’, in 1934. He further continued his theological studies at the ‘Hochschule für die Wissenschaft des Judentums’ (Higher Institute for Jewish Studies), an institution situated in Berlin. 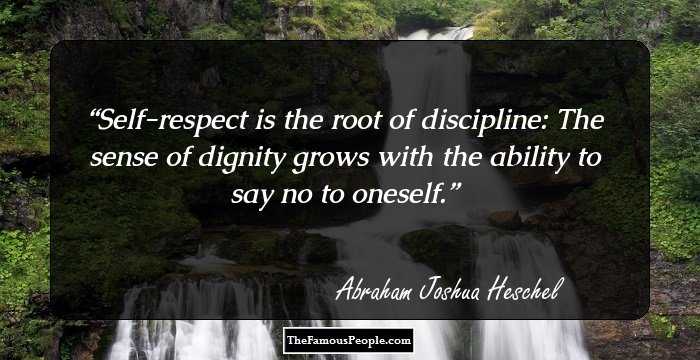 Continue Reading Below
Career
He stated his career in 1933 with a poetry group named ‘Jung Vilna’, and came up with a collection of poems called ‘Der Shem Hamefoyrosh: Mentsch’ in the traditional Jewish language. He dedicated this Yiddish compilation to his father.
In 1937, Abraham headed the ‘Judisches Lehrhaus’, an important adult education centre of Jewish learning, in Frankfurt. The institution aimed at propagating Judaism among the youth.
Before the onset of World War II, when Germany was abolishing the Jews from the country, the Rabbi was deported to Poland in 1938. He took up a teaching job at the ‘Institute for Jewish Studies’, where he imparted knowledge on the ways of ‘Judaism’, and ‘Torah’- the religious scripture of Jews.
He was successful in escaping from Poland to London before the Nazi invasion of 1939, but he lost most of his family in the war, who were either tortured or killed by the Gestapo, the Nazi secret police force. The incidents disturbed Herschel deeply and he never set foot on Germany or Poland again in his life.
After a brief stay in London, he moved to New York City in 1940, where he taught at the ‘Hebrew Union College’. His association with the faculty of the college dated back to the time when he was trying to escape from Poland. Julian Morgenstern, who was then a President of the institute, arranged a visa for Abraham.
This Rabbi was offered the seat of a professor at the ‘Jewish Theological Seminary of America (JTS)’ in New York City. After serving five years at the ‘HUC’, he assumed the position at ‘JTS’ in 1946. Apart from teaching Jewish ethics and Mysticism to pupils, he also published many works on Jewish ethics and philosophy.
In the year 1951, two of his works ‘The Sabbath: Its Meaning for Modern Man’ and ‘Man is Not Alone: A Philosophy of Religion’ were published. While the ‘Sabbath’ describes the significance of the Jewish sabbatical, ‘Man is Not Alone’ explores the Jewish perception of God. He has captured the essence of Judaism faith, that ‘God is One’, and explained the need of spirituality in human beings.
This Rabbi published a compilation titled ‘God in Search of Man: A Philosophy of Judaism’, in 1955. The theme of this book seemed like a continuation of the one he had followed for ‘Man is Not Alone’.
In this volume, he discusses how service towards humanity is more relevant than creating a façade of devotion just to appease the laws.
Continue Reading Below
As a part of his Ph.D. thesis in German, Herschel studied the works of other prophets, particularly the German ones. Summarizing their works and their ideologies, coupled with his own interpretations, he published ‘The Prophets’ in 1962.
‘Torah min HaShamayim’ which was also released in the year 1962, draws comparison between the classic rabbinical literature and the rituals which govern Jewish laws. It also investigates the sacred Jewish scriptures like ‘Mishnah’, ‘Talmud’ and ‘Midrash’.
A collection of his essays, titled, translated from Hebrew to English, was published in 1966. This book, titled ‘Prophetic Inspiration after the Prophets: Maimonides and Others’, reflected the evolution of Judaism after the destruction of the Holy Temple. He argued regarding the continuance of prophecy even after the ancient prophets were believed to have ceased in the aftermath.
He held the post of a Professor at ‘JTS’ until his untimely death on 23rd December, 1972. During his career, he also championed many social causes like abolition of apartheid during the Civil war. He also opposed the Government’s decision of waging a war against the Vietnam. 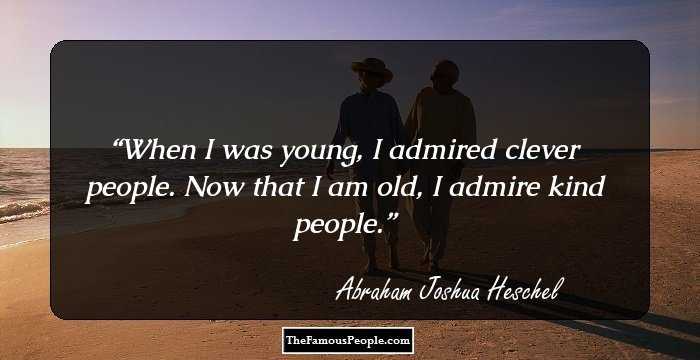 Quotes: Young, I
Major Works
‘Torah min HaShamayim’, a book in which Heschel compares the two existing ideologies in Judaism is considered one of his major works. The literary work has been a topic of analysis and research by scholars of Jewish theology.
Personal Life & Legacy
Heschel entered the wedlock with Sylvia Strauss in 1946. She was a concert pianist by profession.
Ten years later in 1956, the couple was blessed with a daughter. Susannah Heschel, who is a noted Jewish feminist, carried forward her father’s religious legacy 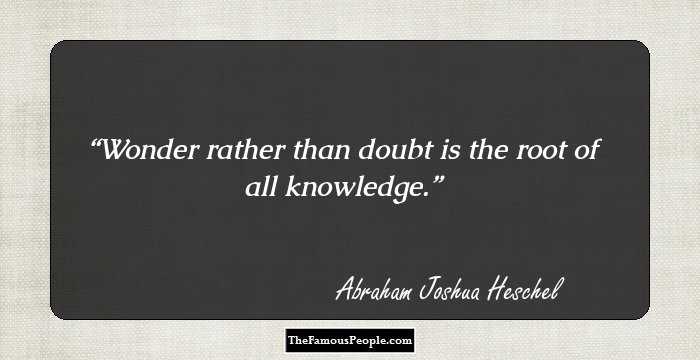