(Famous for His Trilogy on Economics 'American Capitalism', 'The Affluent Society' and 'The New Industrial State')

John Kenneth Galbraith was a very famous American economist best remembered for his prophetic commentary on the country’s political follies and for predicting the probable consequences of corporate greed and deregulated markets. He had an active interest in politics and was a loyal Democratic who served in the administrations of Franklin D Roosevelt, Harry S. Truman, and John F. Kennedy. During the Kennedy administration he had been the United States Ambassador to India. He studied agricultural economics in college and became a member of the faculty at the Harvard University where he taught for over five decades. The economist cum diplomat was a prolific writer and is regarded as the most widely read author on economics. His books have consistently been topping the best-sellers list starting from the 1950s all through the 2000s. His witty commentary, outspokenness and humorous way of bringing serious matters into perspective make him a much loved author. As an economist he was a believer in Keynesian philosophy and had tutored Adlai E. Stevenson, the Democratic nominee for president during 1952 and 1956 on Keynesian economics. For decades, "the best-known economist in the world" helped to redefine the way Americans understood economics and influenced the thinking of the Democratic Party leaders. Sylvia Plath
DID WE MISS SOMEONE?
CLICK HERE AND TELL US
WE'LL MAKE SURE
THEY'RE HERE A.S.A.P
Quick Facts

awards: 1946 - Medal of Freedom
2000 - Officer of the Order of Canada
2000 - Leontief Prize for his outstanding contribution to economic theory 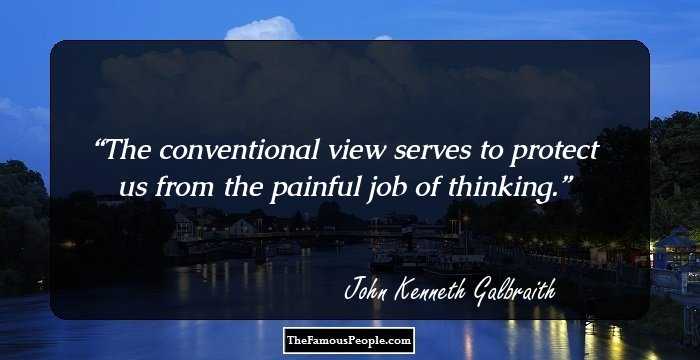 Continue Reading Below
Career
He found employment as an instructor at Harvard University in 1934 where he taught intermittently till 1939. He took a year-long fellowship at the University of Cambridge in 1937 where he came under the influence of the celebrated economist, John Maynard Keynes.
He entered public service by joining the United States Department of Agriculture during the 1930s. He helped the Roosevelt administration in managing the economy during war preparations, rising to the position of the administrator of wage and price controls in the Office of Price Administration. However, his methods were believed by many to be controversial and he was forced to resign in 1943.
He became a member of the board of editors of Fortune magazine in 1943 and served there till 1948. It was during this time that he realized his deep love for writing. He was appointed the Professor of economics at Harvard in 1949.
During the World War II, a team of economists was formed to keep inflation under control as the economy had still not recovered from the Great Depression. He was made the deputy head of the Office of Price Administration (O.P.A) in 1941 and served till 1943.
Henry Luce, the publisher of the ‘Time’ and ‘Fortune’ magazines hired him in 1943. For five years Galbraith wrote extensively about Keynesianism and believed it to be his moral duty to educate the Americans about how the economy worked and what roles were played by big corporations.
He was made the director of the Office of Economic Security Policy in the State Department in February 1946 where he was in charge of the economic affairs regarding Germany, Japan, Austria, and South Korea. He resigned in September the same year and returned to his magazine position.
Along with Eleanor Roosevelt and Hubert Humphrey he worked to establish a progressive policy organization, namely, Americans for Democratic Action (ADA) in 1947.
John F. Kennedy was a former student of Galbraith at the Harvard. When Kennedy became the president in 1960 he appointed Galbraith as the United States Ambassador to India from 1961 to 1963. While in India he developed good rapport with the Prime Minister Jawaharlal Nehru and advised him on important matters.
Over the past several decades he wrote a number of books on various topics, though his specialty remained economics. His best known literary work in the field of economics is his American capitalism trilogy consisting of ‘The Affluent Society’ (1958), ‘The New Industrial State’ (1967), and ‘Economics and the Public Purpose’ (1973).
Continue Reading Below
He retired from Harvard as the Paul M. Warburg Professor of Economics, Emeritus. He led a very active life even during his later years—he used to lecture at several universities and remained as prolific a writer as ever, contributing articles, essays and letters to various publications. 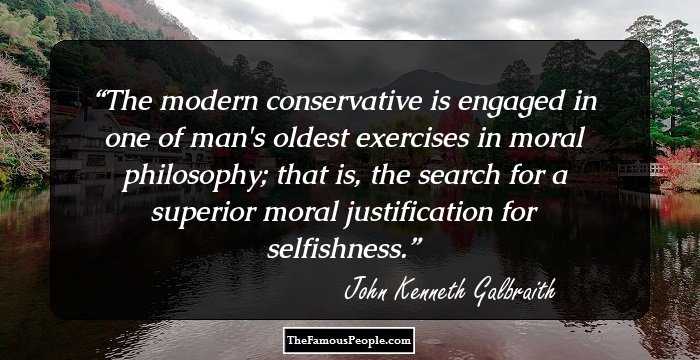 Major Works
The most famous economist of the contemporary times, Galbraith was a highly influential figure in the 20th century institutional economics. He served as the advisor to several prominent world leaders and authored numerous best-selling books on economics, including the highly popular ‘The Affluent Society’.
Awards & Achievements
In 1946, he was presented with the Medal of Freedom by President Truman.
In 2000, he received the Presidential Medal of Freedom from President Bill Clinton
He was bestowed with the Padma Vibhushan—India’s second highest civilian award—in 2001 for his contributions in strengthening the relations between the United States and India. 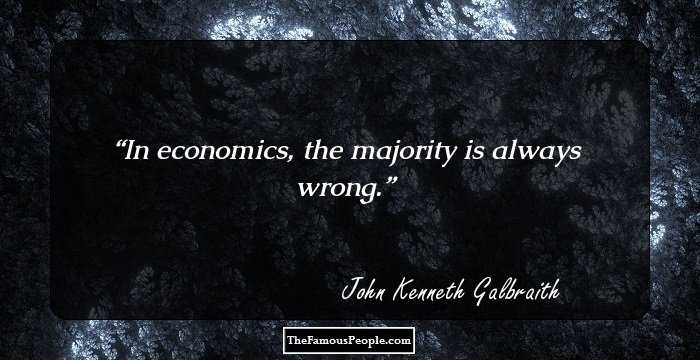 Personal Life & Legacy
He married Catherine Merriam Atwater in 1937. The couple had four children and remained married for 68 years till Galbraith’s death. He also had ten grandchildren.
After a long and productive life he died of natural causes in 2006, aged 97.
Trivia
The U.S. President John F. Kennedy was a former student of this world renowned American economist.
Recommended Lists:
Intellectuals & Academics #381