(CEO of Financial Advisory at 'Lazard')

Advanced Search
Peter R. Orszag is an American economist and banker, who currently serves as the CEO of financial advisory at ‘Lazard.’ Peter was born into an affluent family. His father was a ‘Yale University’ professor, and his mother owned an R&D company. After graduating from the ‘Phillips Exeter Academy,’ Peter attended ‘Princeton University,’ studying economics. He later completed his PhD in economics from the ‘London School of Economics.’ Following this, he began working as a macroeconomics professor at the ‘University of California, Berkeley.’ In the 1990s, he started working as a senior advisor on the ‘Council of Economic Advisors’ under the Clinton administration. In 2007, he was appointed as the director of the ‘Congressional Budget Office.’ He was later nominated by President Barack Obama as the director of the ‘Office of Management and Budget.’ As part of his role, he was required to formulate the federal budget and also understand and act upon the effectiveness of the federal programs. In the early 2010s, he worked with ‘Citigroup.’ Since 2016, he has been working at ‘Lazard.’ 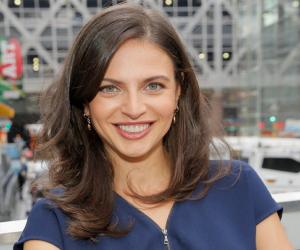 American People
Economists
American Men
Princeton University
Phillips Exeter Academy
Childhood & Early Life
Peter Richard Orszag was born on December 16, 1968, in Lexington, Massachusetts, U.S., to Reba and Steven Orszag. His father was a reputed mathematician who taught mathematics at ‘Yale University.’ His mother was the owner and president of a research and development company.
Peter’s great-grandparents had arrived in the U.S.A. from Hungary in 1903. They were Jewish immigrants and had built their lives from scratch after moving to the U.S.A.
Peter attended several local schools in Massachusetts. He later completed his high-school education from the ‘Phillips Exeter Academy,’ which was a day boarding school. He moved to New Hampshire to attend the academy. He was an exceptional academic student and graduated with high honors.
By the time he graduated high school, Peter had developed a keen interest in economics. He thus moved to Princeton, New Jersey, to study economics at ‘Princeton University.’ He continued performing well and obtained an AB “summa cum laude” in economics from the university.
Following this, he moved to London, U.K., to resume his studies in economics. In 1992, he completed his MSc in economics from the ‘London School of Economics.’
He then obtained his PhD degree in macroeconomics from the same college in 1997. However, while pursuing his PhD, he had already begun working as an economist.
Continue Reading Below
Career
In 1995, while he still pursuing his PhD degree, he was hired by the Bill Clinton administration to work as a senior economist and a senior advisor on the ‘Council of Economic Advisors’ (CEA). In 1997, he was appointed as the special assistant to the president. He worked in that capacity for a year and left the job in 1998.
Following his PhD, he began working as a lecturer of macroeconomics at the ‘University of California’ in 1999. He taught there for a year and resigned in 2000.
He worked as the deputy director of economic studies at the ‘Brookings Institution’ and also served as a senior fellow there. While working at the institute, he also served as the director of the ‘Hamilton Project.’
He also laid the foundation of his own consulting firm, named ‘Sebago Associates.’ The company later merged into ‘Competition Policy Associates’ and was sold for $70 million to ‘FTI Consulting Inc.’
By the mid-2010s, he had made a name for himself as one of the best economists in the country. In 2007, he was appointed as the director of the ‘Congressional Budget Office.’ One of his main jobs was to analyze the economic status of the country and ascertain the rising impact of healthcare expenditures on the economy.
As the director, he not only worked on the ‘Congress’ proposals but also served as an analytical resource. He later claimed that he was more likely to work on things that most politicians avoided talking about, such as the rising healthcare costs. He prepared the ‘Congress’ for long-term healthcare reforms by employing 20 full-time health analysts from all over the country.
After his term ended in November 2008, he was praised by all. At 40, he was still young and possessed exceptional economic and political understanding. His work won him heaps of praises from both the ‘Democratic’ and the ‘Republican’ parties.
When Barack Obama was elected the president of the country in 2008, he was already in awe of Peter and thus nominated him as the director of the ‘Office of Management and Budget.’ The office serves as a division of the ‘White House’ that makes the federal budget annually and determines and oversees the effectiveness of the federal programs run by the government.
Peter made some useful analysis, based on the dire economic conditions the country was going through back then. He stated that deficit spending was the need of the hour and could curb the growing economic distress and the perpetual increase in the national debt.
Continue Reading Below
However, even in the Obama cabinet, healthcare remained his main focus. He organized many meetings to decide on the healthcare policies of the country. Due to his constant efforts, Obama made healthcare his main legislative priority.
When his term ended in July 2010, his work was assessed. Back then, the American economy was going through its worst time since the 1930s. Many experts later claimed that America had started walking on the path of economic recovery only because of Peter’s policies and expertise.
In 2011, Peter joined ‘Citigroup.’ Over the years, he held various positions in the organization, such as the chairman of financial strategy and solutions group and the vice chairman of corporate and investment banking. Peter was described as a capitalist who believed that free markets, limited regulations, and balanced budgets could lift up the economy.
In 2016, he joined ‘Lazard,’ a reputed asset-management firm and finance advisory. He initially joined the firm as its managing director and vice chairman of investment banking.
In 2019, Peter received a huge promotion when he was appointed as the CEO of financial advisory in the company. He was required to oversee the company’s advisory work for governments and corporations across the globe.
In addition, he has also written many articles as a columnist for the ‘New York Times.’
Peter is also a member of the ‘National Academy of Medicine’ and serves on the board of directors of the ‘Mount Sinai Hospital’ and the ‘Peterson Institute for International Economics.’
Family & Personal Life
Peter married Cameron Rachel Hamill in 1997. The couple had two children together, before their divorce in 2006.
In 2009, he had a child with Claire Milonas, his ex-girlfriend.
Since 2010, he has been married to TV host Bianna Golodryga. The couple also has two children together.
In 2014, he won the child-support case filed by his first wife, Cameron.
Recommended Lists:
Business People #1140
Intellectuals & Academics #755

See the events in life of Peter R. Orszag in Chronological Order