The charismatic and genial two-time president of his country, Traian Băsescu remains the most powerful force in Romanian politics today. Born in the height of the Communist era, Traian and his large family grew up under the rigor and discipline of their father's military discipline. Fascinated as a young child by the ocean, he enrolled in the naval academy and soon rose to the rank of captain, overseeing the country's merchant marine service. After Romania's revolution, he successfully parleyed his long maritime experience into a political career, first serving as the Minister of Transportation under a succession of prime ministers and then as a deputy in the parliament. Seizing the opportunity, he successfully ran for and was elected as mayor of the capital, where his outgoing, affable style ran headlong into vocal criticism from his myriad opponents. Deciding to strike while the iron was hot, he stepped down from his position as mayor to run for president of Romania, narrowly winning the election in the second round. Fending off two recalls, he successfully finished two full terms in office. After more than a decade at the top of the heap in Romanian politics, Băsescu is now considering whether to step out of the limelight or to continue to involve himself in the country's affairs. Doug Ford
Political Leaders #2188
Presidents #333
Leaders #2957
DID WE MISS SOMEONE?
CLICK HERE AND TELL US
WE'LL MAKE SURE
THEY'RE HERE A.S.A.P
Quick Facts

Romanian People
Romanian Men
Male Leaders
Scorpio Leaders
Romanian Leaders
Childhood & Early Life
Traian Băsescu was born on November 4, 1951 in Murfatlar near Constanta, Romania to mother Elena and father Dumitru, who served in the military. As a young boy, he had a job greeting tourists to the Black Sea.
After his father was transferred to the city of Iasi in 1957, Traian attended primary school in the city and then enrolled in Costache Negruzzi High School.
In 1963, Traian's father was transferred to the city of Bacau. There he attended ‘Lucretiu Patrascanu High School’.
He graduated from the ‘Marine Institute of Mircea cel Batran’ in Constanta in 1967 with a degree in Maritime Navigation.
Continue Reading Below
You May Like

Who Is The Most Popular BTS Member?
Career
During the time from 1976-1981, he was a naval officer commanding several different ships for NAVROM, the merchant marine service. For the next six years, he served as a naval officer for NAVROM, commanding the Arges and Crisana tanker ships.
He rose the ranks steadily, and in 1987 he was posted in Belgium. There he served as the head of NAVROM’s Antwerp office for the next two years.
In 1989, during the final days of the Communist regime, he was appointed director general of the ‘State Inspectorate for the Civil Navigation’ which was controlled by the Ministry of Transportation.
After the Romanian Revoultions, when the ‘National Salvation Front’ came to power in 1990, he served as the head of maritime department under the newly formed Government.
From 1991-1992, he served as the Minister of Transportation under the governments of Petre Roman and Theodor Stolojan.
He briefly served on the board of directors for ‘Astra Passenger Cars Arad’ in 1992. The same year, he was elected to parliament, representing the city of Vaslui.
In 1995, he graduated from the ‘Norwegian Academy’ with a degree in maritime transportation. The course focused on advance management techniques in naval transport.
The next year, he was once again appointed to be the Minister of Transportation, serving in this capacity for two years. He was re-appointed twice, serving as Transportation minister until June 26, 2000 under three consecutive governments.
In July 2000, he was elected as the mayor of Bucharest and served four years of his five-year mandate.
Continue Reading Below
In 2003, allegations began to surface that Băsescu had received kickbacks after selling off 16 state-owned naval vessels during the Communist era. Although the charges were never proven, he was hounded by doubts and suspicions throughout the rest of his career.
He ran for president of Romania and was elected in the second round, narrowly beating Adrian Nastase, in 2004.
In 2007, his political enemies gained control of the parliament and suspended Băsescu from office. After a nationwide referendum, he was restored to the presidency.
After five years in office, he ran for president once again in 2009, defeating Mircea Geoana in the first round.
In 2012, he was abolished from office once again by his political enemies. After a nationwide referendum, he was reinstated to the presidency.
By law, the president of Romania is limited to two terms in office and by effect his mandate came to a conclusion on December 21, 2014 after the election of his successor, Johannis Klaus.
Băsescu is now a member of the PMP party and continues to play an active role in Romanian politics.
Major Works
Traian Băsescu served two five-year terms as President of Romania and one four-year term as mayor of the capital and largest city, Bucharest. It was under his leadership that Romania became a member of NATO in 2004.
Romania’s inclusion in the European Union also happened during his tenure as a President, in 2007
Personal Life & Legacy
The secret dossiers compiled by the Communist era police on Traian when he was a naval cadet in 1973 have never been found, leading to much suspicion by his opponents that he had his records destroyed.
Traian remains married to his wife of nearly 40 years, Maria Băsescu, whom he married in 1975, and they have two daughters, Ioana and Elena.
His daughter Elena is now a politician serving in the European Parliament and the Băsescu family continues to be a powerhouse in Romanian politics.
Trivia
Despite being popularly elected twice in fair and democratic elections, this famous politician was suspended from office twice, in 2007 and 2012.
You May Like

See the events in life of Traian Băsescu in Chronological Order 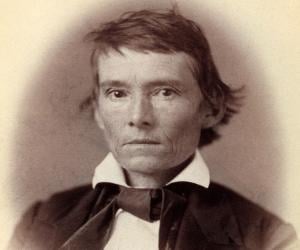