Thomas Clement ‘Tommy’ Douglas served as the Premier of Saskatchewan and first leader of the New Democratic Party. Trained as a Baptist Minister, he was elected to the Canadian House of Commons in 1935 as a member of the Co-operative Commonwealth Federation (CCF). From 1944 to 1961, he served as the seventh Premier of Saskatchewan. During his leadership, he introduced innovative concepts which brought about a massive change in the province of Saskatchewan and led the way for many social reforms in the rest of Canada. During his governance which was the first democratic socialist government in North America, he introduced the continent's first single-payer, universal health care program. In 1947, he introduced universal hospitalization in Saskatchewan and in 1959 announced a Medicare plan for Saskatchewan. Later on, he stepped down as the Premier to take up leadership at the New Democratic Party (NDP), thus becoming the first federal leader. He retired from active politics in 1979. His contributions as a political leader helped him attain the rank of the ‘Greatest Canadian’ in the CBS Television program in 2004. 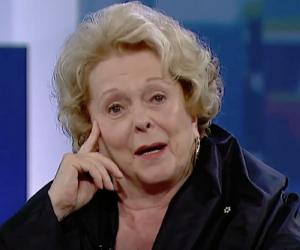 Stephen Harper
Political Leaders #422
Leaders #550
DID WE MISS SOMEONE?
CLICK HERE AND TELL US
WE'LL MAKE SURE
THEY'RE HERE A.S.A.P
Quick Facts

Canadian Celebrities
University Of Chicago
Libra Leaders
Male Leaders
Canadian Leaders
Childhood & Early Life
Tommy Douglas was born on October 20, 1904 to Annie and Thomas Douglas in Camelon, Falkirk, Scotland, in 1904. His father was employed as an iron moulder who fought in Boer War.
During early years in life, young Douglas suffered from osteomyelitis that worsened as he grew up. The family shifted base to Winnipeg, Canada, in 1910. Therein, he was treated off the condition for free by an orthopaedic surgeon. It was this experience that inspired him for having free health care facilities.
He moved to Scotland temporarily during World War I only to return to Canada in 1918. Being witness of the General Strike, he was inspired to protect the fundamental rights.
He completed his preliminary education from an elementary school. He dropped out of high school to take up menial jobs as a soap boy, cork buyer and later as a Linotype operator. He worked for a five year apprenticeship only to acquire journeyman’s papers but discontinued the same to become an ordained minister.
In 1924, he enrolled at Brandon College to finish his high school studies and study theology. Furthermore, he took up a course in socialism and studied Greek philosophy. Meanwhile, to support his education, he took to working as a student minister, preaching sermons and advocating social reforms.
Upon graduating from Brandon College, he enrolled at the McMaster University where he attained his MA degree in Sociology in 1933. Meanwhile, in 1931 he took up research in the Depression-era "jungles" or hobo camps to complete his PhD. However, various disturbing facts recorded during his field work never allowed him to complete his PhD.
Continue Reading Below
You May Like

The Sexiest Men Of 2020, Ranked
Career
After completing his education, he started working as an ordained minister at Calvary Baptist Church. However, he soon turned from being a religious preacher to a social activist.
He joined the new Co-operative Commonwealth Federation (CCF) political party and was elected to the Canadian House of Commons in 1935. During World War II, he drafted himself into the Canadian Army.
During his two terms as a CCF Leader, he earned a reputation of being a skilful and witty debater. He took up unpopular stands in defence of civil liberties. It was due to his popularity that he was elected as the leader of the Saskatchewan CCF in 1942.
In 1944, he gave up his federal seat to contest in the Saskatchewan general election. He ended up winning 47 seats out of 53 in the Legislative Assembly, thus forming the first democratic Socialist Government in North America.
As the Premier of Saskatchewan, he ruled for 17 years winning all the subsequent provincial elections until 1960. During his rule, he initiated several innovative and efficient programs that changed the society on the whole.
He introduced the creation of publicly owned Saskatchewan Power Corp. that aimed at providing electrical service to isolated farms and villages. Furthermore, he created a legislation that allowed the unionization of the public service and Canada's first publicly owned automotive insurance service and a large number of Crown Corporations.
His government’s pioneering innovation came with the introduction of the government-funded health insurance. It began with the creation of the first hospital insurance plan in Canada that eventually led to the creation of a national plan which helped in funding diagnostic services in hospital operating costs. He then implemented a system of full health insurance.
Being inspired to protect the fundamental rights from a young age, he established the Bill of Rights that protected the fundamental freedom and equality of rights against government and private institutions and person abuse. Though the proposal met with little response, it was eventually supported and led to the proclamation of the Canadian Charter of Rights and Freedoms
In 1961, he resigned from his post as the Premier to take up leadership in the federal New Democratic Party. The party was formed out of an alliance between the CCF and organized labour. Being a motivational speaker, he inspired party workers and motivated them to work harder, explaining democratic socialism to them in the context of religious, moral and ethical terms.
Continue Reading Below
Despite being an efficient leader as he was, he was defeated in the federal election of 1962 by Ken More. His defeat largely resulted due to the strike held by the province doctors against his introduction of Medicare policy.
He nevertheless won a seat in the by-election and was re-elected as an MP in the 1963 and 1965 elections. He won a seat in the 1969 by-election and went on to serve as the leader of the NDP until 1971. He resigned as an NDP leader in 1971 but retained his seat in the House of Commons. He held the post until his retirement from electoral politics in 1979.
Awards & Achievements
In 1980, he was presented with the honorary degree from various universities includingUniversity of Saskatchewan, McMaster University, Queen's University, University of Regina in Regina, Carleton University, University of British Columbia, and Trent University.
In 1981, for his service as a political leader, and innovator in public policy, he was appointed to the Orderof Canada as a Companion.
In 1985, he was awarded the Saskatchewan Order of Merit.
Brandon University created a students' union building to honour his contribution as a political leader.
Personal Life & Legacy
He tied the nuptial knot with Irma Dempsey, a music student at Brandon College. Together, they were blessed with a daughter Shirley Douglas. They adopted a second daughter Joan.
In 1984, he was injured in an accident but quickly recovered. However, his health soon gave up as his memory became weak.
On February 24, 1986, he died of cancer and was buried at Beechwood Cemetery.
Posthumously, a park was constructed near Saskatchewan's Lake Diefenbaker and Qu'Appelle River Dam and was named after him. He also has a statue of himself at his hometown in Weyburn. Numerous schools, colleges and housing societies have been named in his honour.
He also became the subject of the 1986 documentary ‘Tommy Douglas: Keeper of the Flame’ which won a Gemini Award for Best Writing in a Documentary Program or Series.
Trivia
He set up North America’s and Canada’s first democratic socialist government.
You May Like

See the events in life of Tommy Douglas in Chronological Order