Surya Sen was a Bengali independence fighter who led the 1930 Chittagong armoury raid against the British colonial rule in India. A revolutionary at heart, he was the chief architect of the anti-British freedom movement in Chittagong, Bengal. He was instrumental in building the momentum for a nationwide non-cooperation movement that spread to far corners of the country. Independent minded and idealistic from a young age, he first learned about the Indian freedom movement from one of his teachers when he was a college student. The seed of revolution took root in his heart and he proceeded to join revolutionary organization Anushilan Samity. He also became associated with the Indian National Congress, the most prominent political party at that time. After completing his studies, he embarked on a teaching career and earned much respect in this profession. He continued his involvement with the freedom struggle with increased intensity and in 1930, led a group of like-minded revolutionaries to raid the armoury of police and auxiliary forces from the Chittagong armoury. Even though the group had made elaborate plans to completely cut off Chittagong from rest of the British India, they were not able to execute their plan in its entirety. Surya Sen was eventually arrested by the British and tortured and executed. Mangal Pandey
22nd March In History
DID WE MISS SOMEONE?
CLICK HERE AND TELL US
WE'LL MAKE SURE
THEY'RE HERE A.S.A.P
Quick Facts

Indian Celebrities
Aries Leaders
Male Leaders
Indian Leaders
Indian Revolutionaries
Childhood & Early Life
Suryakumar Sen was born on 22 March 1894, in Chittagong, Bengal Presidency, British India, to Ramaniranjan Sen and Shashibala. His father was a teacher, and their family was a lower middle class one.
He grew up to be an idealistic and independent minded young man. He completed his B.A. from Behrampore College. While he was a student there, he was exposed to the ideals of the Indian freedom movement by one of his teachers. He instantly connected with the revolutionary ideals and joined a revolutionary organization Anushilan Samity.
Continue Reading Below
Later Life
After completing his studies, Surya Sen became a teacher at National school, Nandankanan. During this time he also intensified his involvement in the Indian independence struggle and became associated with the Indian National Congress, the most prominent political party there. In 1918, he was selected as president of Indian National Congress, Chittagong branch.
He quickly gained respect as a teacher. In addition to his regular duties as a teacher, he also used to discuss the relevance of the freedom struggle with his students. He formed a revolutionary group along with other like-minded individuals such as Nirmal Sen and Ambika Chakraborty.
By the early 1920s he was successful in spreading revolutionary ideals to different parts of the Chittagong district. He was convinced that a secret Guerilla was the need of the moment given the many challenges they faced, including the lack of equipment and other resources.
He believed violent action was needed to revolutionize the independence struggle and planned to raid the armoury of police and auxiliary forces from the Chittagong armoury in Bengal province of British India. He teamed up with other revolutionaries like Ganesh Ghosh, Lokenath Bal, Naresh Roy, Sasanka Datta, Ardhendu Dastidar, and others to plan this raid.
He proposed that the team capture the two main armouries in Chittagong and then destroy the telegraph and telephone office before assassinating members of the "European Club"—the government or military officials involved in maintaining the British Raj in India. The elaborate plan also included cutting off rail and communication lines in order to sever Chittagong from Calcutta.
The plan was executed on 18 April 1930. A group of revolutionaries led by Ganesh Ghosh captured the police armoury, while another group of ten men led by Lokenath Bal took the Auxiliary Forces armory.
There were around 65 individuals involved in the raid, but the revolutionaries could not locate ammunition though they were successful in cutting telephone and telegraph wires and disrupting the movement of the trains.
However 18 April 1930 was Good Friday and most of the Europeans were at home. On learning of the raid, they raised an alarm and took out the troops. Meanwhile, the revolutionaries gathered outside the police armory where Surya Sen took a military salute, hoisted the National Flag, and proclaimed a Provisional Revolutionary Government.
After the raid the revolutionaries took shelter in Jalalabad hills near Chittagong. On 22 April 1930, they were surrounded by several thousand troops and a bloody gunfight followed. Over 80 troops and 12 revolutionaries were killed.
Surya Sen dispersed the remaining revolutionaries to neighboring villages in small groups. Several of them were arrested or killed over the ensuing days while some managed to flee to Calcutta. Sen himself lived in hiding, frequently moving from one place to another. During this period he worked as a farmer, a milkman, and a priest among others. Meanwhile, the other escaped revolutionaries managed to reorganize their broken organization.
The movement suffered a heavy blow when an insider of the group, Netra Sen, betrayed Surya Sen and gave away his location to the British police. The police arrested Surya Sen on 16 February 1933. Enraged, one of the revolutionaries killed Netra Sen in retaliation.
Major Works
Surya Sen was the leader of the Chittagong Armoury Raid, also known as Chittagong uprising in 1930. He led a group of armed revolutionaries for Indian independence and was successful in capturing police armoury and the Auxiliary Forces armory. The group also managed to capture the European club's headquarters. This incident served as an inspiration to several other revolutionaries all over the country.
Personal Life & Legacy
After Sen was arrested, fellow revolutionary Tarakeshwar Dastidar made a plan to rescue Surya Sen from the Chittagong Jail. However the police learned of the plan and thwarted it, arresting all those involved.
Surya Sen along with Tarekeshwar Dastidar was hanged by the British on 12 January 1934. He was brutally tortured before his execution.
Many movies on the life of this brave revolutionary have been made. These include Bengali movie ‘Chattagram Astragar Lunthan’ (1949), ‘Khelein Hum Jee Jaan Sey’ (2010) and ‘Chittagong’ (2012).

See the events in life of Surya Sen in Chronological Order 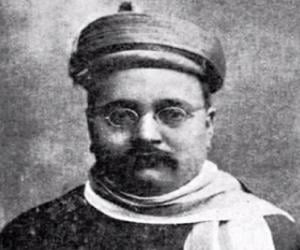