Suleyman Rustam was a 20th century poet, playwright and public figure of Soviet Azerbaijan. Throughout his lifetime, he was recognized with various awards and prizes for his literary accomplishments, primarily from Azerbaijani organizations. Aside from his poetic works, Rustam was a foremost journalist and edited a literary newspaper for many years. He was also a prolific translator, and translated works of great Russian writers, such as A.S. Pushkin, I.A. Krylov, A.S. Griboyedov, M.Y. Lermontov and N.A. Nekrasov into Azerbaijani. His own works have been widely translated into Russian as well as other world languages. Aside from writing, he was ensconced in academia, working at the Moscow State University. He also put his talents to use in politics, serving various functions as a noteworthy public figure in Azerbaijan. His poetry touches on various themes, though it is generally imbued with romantic aesthetics. He also regularly wrote patriotic poems, which helped solidify his reputation as a key figure of Azerbaijani culture and patriotism. He used both syllable and aruz meter schemes in his writing, the latter a characteristic of Azerbaijani poetics 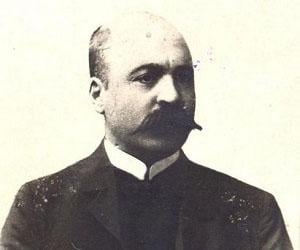 Azerbaijani Celebrities
Russian Celebrities
Azerbaijani Men
Russian Men
Moscow State University
Male Poets
Childhood & Early Life
Rustam was born on November 27, 1906, to a blacksmith family in Novxani village, about 20 km outside Baku and just off the coast of the Caspian Sea.
He initially studied at a Russo-Tatar school, where he developed an early interest in literature and pedagogy, counting M. Vezirov, R. Tahirov and A. Israfilbeyli among his inspirations.
During his early school years, he attributed much of his early interest in literature to the encouragement of Suleyman Sani Akhundov, his headmaster.
At the time of the Russian Revolution, he changed from the Russo-Tatar school to the Baku Electric Technical School.
Continue Reading Below
You May Like

Who Is The Most Popular BTS Member?
Career
Upon reaching the university age, he enrolled first at the Baku State University, eastern faculty, where he studied alongside poet and dramatist Jafar Jabbarly, composer A. Badalbeyli and historian V. Khuluflu. They were taught by writer and politician Abdurrahim bey Hagverdiyev among others.
In 1927, his first collection of poems titled “From sadness to happiness” was published - it dealt with patriotic and military themes.
In 1929, he switched from Baku State University to Moscow State University, where he studied in the faculty of literature and arts.
From 1937, he worked as a chairman of Azerbaijan State Academic Drama Theatre.
Between 1939 and the early 1940s, he wrote his novel, ‘Qachaq Nebi’, which was an expansion and commentary on the folk proverbs about the folk figure, Qachaq Nebi.
He soon achieved prominence not only for his literary talents, but also for his political interests, serving as the deputy of all convocations of the Soviet Parliament of Azerbaijan.
During this period, he also served as the chief editor of the ‘Edebiyyat qazeti’, a literary newspaper.
Between 1971 and 1989, he was the chairman of the Azerbaijan National Assembly.
Major Works
In 1927, Rustam published his first work, ‘From sadness to happiness’, dedicated to Komosol and the courage of soldiers.
Continue Reading Below
In 1933, his poem ‘A good comrade’ highlighted the theme of the cotton farmers in the Mugham steppe, adopting a romantic tone to extol their impressive feats of intense work.
In 1940, his poem ‘Romanticism of a night’ was published, furthering Rustam’s romantic presentation of collective effort and the spiritual riches of shared industry.
In 1942, his poem ‘Mother and a postman’ won widespread attention, recounting the story of a mother waiting for news of her son at the front lines.
Awards & Achievements
In 1943, he was recognized with the ‘Honored Art Worker of the Azerbaijan SSR’ award.
For his collection of poems ‘Two shores’, published in 1949, he received a Stalin Order of the second degree award.
In 1960, he was named the ‘People’s Poet of the Azerbaijan SSR’.
In 1976, Rustam was named a ‘Hero of Socialist Labour’.
Other awards that he received included three ‘Lenin Orders’, two ‘Orders of the Red Banner of Labor’ and an ‘Order of Friendship of Peoples’.
Personal Life & Legacy
Rustam died on 10 June, 1989 and was honored with a burial in Baku’s Alley of Honor, alongside various past presidents, scientists and other artists.
In 2006, Azerbaijan issued a stamp in commemoration of Suleyman Rustam’s life and works.
Following his death, a plate was posted in Baku in his memory.
Trivia
Between 1946 and 1979, contact between Iranian Azerbaijan and the Republic of Azerbaijan was difficult, but Rustam maintained correspondence with Iranian poet Muhammad-Huseyn Shahriyar during this time
You May Like

See the events in life of Suleyman Rustam in Chronological Order 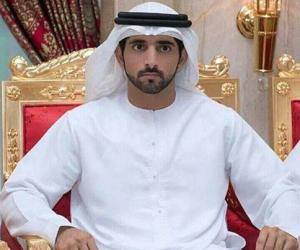 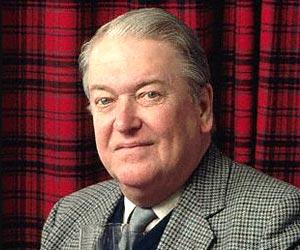