(The Most Famous Poet of the Edo Period in Japan)

Advanced Search
Matsuo Basho was a 17th century Japanese poet, considered to be the greatest master of the haiku—a very short form of poetry. The most famous poet of the Edo period in Japan, he was much acclaimed during his lifetime and his fame increased manifold over the centuries following his death. His father was believed to have been a low-ranking samurai and Basho started working as a servant early on in life to earn his livelihood. His master Tōdō Yoshitada loved poetry, and in his company Basho too became inclined towards this literary form. Eventually he learnt poetry from Kigin, a prominent Kyoto poet, and was exposed to the tenets of Taoism which greatly influenced him. He started writing poetry which received much recognition in the literary circles, and established him as a talented poet. Known for his brevity and clarity in expression, he gained recognition as a master of haiku. He was a teacher by profession, and a successful one at that, but this gave him no satisfaction. In spite of being welcomed into well-known literary circles in Japan, he shunned the social life and wandered throughout the country looking for inspiration for his writing. He achieved much popularity during his lifetime though he could never feel at peace with himself and was constantly in the throes of mental turmoil

Roque Dalton
DID WE MISS SOMEONE?
CLICK HERE AND TELL US
WE'LL MAKE SURE
THEY'RE HERE A.S.A.P
Quick Facts

Japanese People
Male Poets
Male Writers
Japanese Poets
Japanese Writers
Childhood & Early Life
Matsuo Basho was born in 1644 near Ueno, in Iga Province. His father was probably a minor samurai. Matsuo Basho had several siblings, many of whom became farmers later on.
He started working when he was still a child. One of his early employments was as a servant to Todo Yoshitada. His master had a keen interest in poetry and on realizing that Basho too loved poetry, he nurtured the boy’s literary interests.
In 1662, the first extant poem by Basho was published, and two years later his first collection of hokku was released.
In 1665, he along with Yoshitada composed a hyakuin, or one-hundred-verse renku, in collaboration with some acquaintances.
Yoshitada died suddenly in 1666 putting an end to Basho’s peaceful life as a servant. Now he had to look for some other way of earning his livelihood. Since his father was a minor samurai, Basho could have also become one, but he chose to forego that career option.
Continue Reading Below
Later Years
Even though he was not sure if he wanted to become a full-time poet he continued to compose poetry which was published in anthologies over the late 1660s.
In 1672, he published a compilation ‘The Seashell Game’ containing his own works as well as works by other authors of the Teitoku school. He soon gained reputation as a skilled poet and his poetry became famous for its simple and natural style.
In 1675, Nishiyama Sōin, founder and leader of the Danrin school of haikai, came to Edo from Osaka. He invited several poets, including Basho to compose with him.
Basho became a teacher by profession and had 20 disciples by 1680. His pupils respected him greatly and built a rustic hut for him, thus giving him his first permanent home.
His hut, however, burned down in 1682 and his mother died shortly afterwards in the following year. This greatly distressed the Basho and he decided to embark on a journey in order to find peace of mind.
Depressed, he traveled alone on dangerous routes expecting to die on the journey. However, as his travels progressed his state of mind improved and he began to enjoy his journey and the new experiences it brought. His travels had a tremendous influence on his writings and his poems took on an interesting tone as he wrote about his observations on the world.
He returned home in 1685 and resumed his job as a teacher of poetry. The following year he composed a haiku describing a frog leaping into water. This poem became one of his best known literary works.
In 1689, he embarked on another journey, this time accompanied by his student and apprentice Kawai Sora. They first headed north to Hiraizumi, then walked to the western side of the island, and leisurely hiked back. He maintained a log of his journey which was edited and published in 1694 as ‘Oku no Hosomichi’.
Major Work
His work ‘Oku no Hosomichi’, translated as ‘The Narrow Road to the Deep North’ is considered to be his masterpiece. It is a significant work of haibun and is considered "one of the major texts of classical Japanese literature." The poetic work holds seminal importance in Japan and is influenced by the works of Du Fu, who was highly revered by Matsuo Basho.
Personal Life & Legacy
Matsuo Basho lived a simple and austere life, eschewing all the flamboyance of urban social life. In spite of his success as a poet and a teacher he was never at peace with himself and tried to avoid the company of others. However, he became more sociable during his later years.
During his later years he shared a home with him nephew and his female friend, Jutei, both of whom were recuperating from illnesses.
He became sick with a stomach illness towards the end of his life and died on 28 November 1694 surrounded by his disciples

See the events in life of Basho in Chronological Order 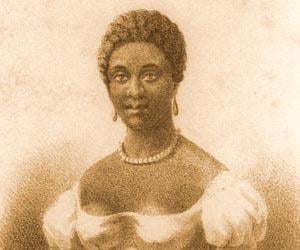 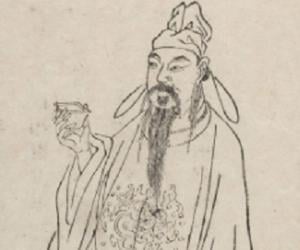