(Theoretical Physicist - First to Set Out a Theory of Cosmology)

Stephen William Hawking was an English theoretical physicist, cosmologist, author, and Director of Research at the Centre for Theoretical Cosmology within the University of Cambridge. His key exploration was in the areas of theoretical cosmology, focusing on the evolution of the universe as governed by the laws of general relativity. He is known for his work related to the study of black holes. With the theoretical prediction that black holes emit radiation, a theory called ‘Hawking radiation,' he became the first to set forth a cosmology explained by a union of the general theory of relativity and quantum mechanics. Hawking suffered from a rare and life-threatening condition of Amyotrophic Lateral Sclerosis, a condition he suffered all of his adult life. The illness started when he was 21 and pursuing his PhD from Cambridge University. For a major part of his later life, he was almost completely paralyzed and communicated through a speech generating device. Not succumbing to the despair of the disease, Hawking devoted all his life to his work and research. He was the Lucasian Professor of Mathematics at the University of Cambridge for around three decades and an Honorary Fellow of the Royal Society of Arts. For his contribution to the study of universe and his pioneering work in cosmology, he was made a Commander of the Order of the British Empire. British Celebrities
Astronomers
Non-Fiction Writers
Science Fiction Writers
British Men
Childhood & Early Life
Stephen Hawking was born on January 8, 1942, in Oxford, England, to Frank and Isobel Hawking. His father was a medical researcher. He belonged to a family of well educated people. His mother was one of the first female students to have graduated from the Oxford University.
Hawking was born when his family as well as the whole nation was going through a financial crunch because of the ongoing World war II. He was the eldest of the four children.
His father became the head of the Division of Parasitology at the National Institute of Medical Research and went to Africa for research. He wanted him to become a doctor, but Hawking seemed more interested in astronomy.
He attended St. Albans School, but he was never a brilliant student. He was more interested in what happened outside the classroom, and spent his time and energy in inventing new things.
Later, against his father’s wishes, he planned to pursue mathematics as his major but as the subject was not taught in Oxford University at the time, he had to take up physics and chemistry instead.
He still did not pay too much attention to the bookish things and spent his time devising innovative techniques. In 1962, he graduated with honors, and went on to attend the University of Cambridge for a Ph.D. in cosmology.
During his first year, Hawking started to show abnormal physical symptoms; he would suddenly trip and fall, and his speech slurred. He initially suppressed these symptoms, but when his father noticed it, he was sent for a series of tests.
It was diagnosed that he was in the early stages of Amyotrophic Lateral Sclerosis, which meant that the part of his nervous system responsible for muscle control was shutting down — a life threatening condition.
With this new found realization of the suddenness of death and the fact that he had only two more years to live, Hawking started concentrating fully on his research work. 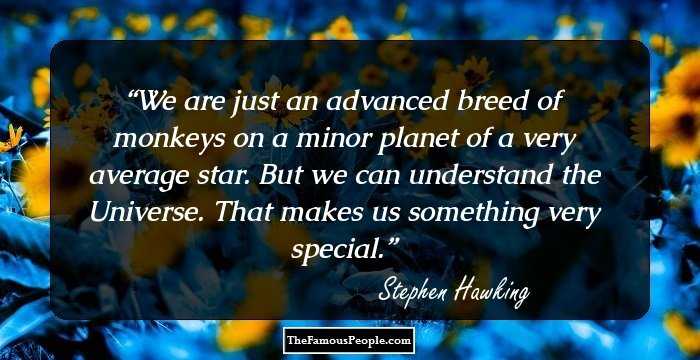 Continue Reading Below
Career
Hawking became a member of the Institute of Astronomy in Cambridge in 1968 and the discoveries of cosmologist, Roger Penrose, on 'Black Hole' really fascinated him as he himself was working on the phenomena that was responsible for the origin of the Universe.
In 1970, Hawking discovered the 'Second Law of Black Hole Dynamics.' According to it the event horizon of a black hole can never get smaller. Along with James M. Bardeen and Brandon Carter, he proposed the four laws of 'Black Hole Mechanics.'
Hawking visited Moscow in 1973 and his discussions with Yakov Borisovich Zel'dovich and Alexei Starobinsky helped him to come up with ‘Hawking Radiation.' The following year, he became a 'Fellow of the Royal Society.'
He started to get more recognition for his research and discoveries through his print and TV interviews, and in 1975, he was awarded the Eddington Medal and the Pius XI Gold Medal, followed by the Dannie Heineman Prize and the Maxwell Prize.
Hawking was then appointed as a professor with a chair in gravitational physics in 1977 and received the 'Albert Einstein Medal' and an honorary doctorate from the University of Oxford.
He gradually started losing control over his speech and it became increasing difficult to understand him but that this did not stop him from getting appointed as the Lucasian Professor of Mathematics at the Cambridge University in 1979.
In 1982, Hawking and Gary Gibbons organized a Nuffield Workshop on the topic ‘The Very Early Universe’ at Cambridge University, which focused principally on the cosmological inflation theory.
He published a model, the ‘Hartle-Hawking state’ with Jim Hartle, which stated that before the Big Bang, time did not exist and the concept of the beginning of the universe is meaningless.
In 1985, he lost his voice after a tracheotomy. As a result of this, he required 24-hour care. His condition caught attention of a Californian computer programmer, who invented a speaking program that could be directed by head or eye movement.
Continue Reading Below
Hawking gained the international prominence for the first time in 1988 with the publication of ‘A Brief History of Time’. It was meant to be a simplified version of cosmology for the masses and became an instant bestseller.
In 1993, he co-edited a book on Euclidean quantum gravity with Gary Gibbons, and published a collected edition of his own articles on black holes and his series of lectures were published as ‘The Nature of Space and Time’.
A famous collection of essays, interviews and talk titled ‘Black Holes and Baby Universes and Other Essays’ was published in 1993. It was followed by a six-part television series ‘Stephen Hawking's Universe’ and a companion book.
He wrote an easy to read book on cosmology in 2001, ‘The Universe in Nutshell’, which was followed by, ‘A Briefer History of Time (2005), ‘God Created the Integers (2006)’, ‘God’s Secret Key to the Universe (2007)’, etc.
He made constant appearance on television during this period, in documentaries like—‘The Real Stephen Hawking (2001)’, ‘Stephen Hawking: Profile (2002)’, ‘Hawking (2004)’, ‘Stephen Hawking, Master of the Universe (2008)’, etc.
Hawking retired as Lucasian Professor of Mathematics in 2009, owing to University rules and regulations. He continued to work as a director of research at the Department of Applied Mathematics and Theoretical Physics. 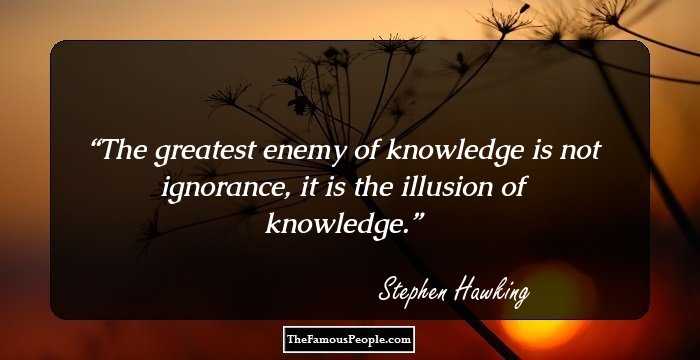 Major Works
Hawking’s main focus of research was in the field of theoretical cosmology, focusing on the evolution of the universe as governed by the laws of general relativity. His most important work is believed to be the study of 'Black Holes.'
Awards & Achievements
Hawking became a 'Commander of the Order of the British Empire' in 1982. He was later honored with many prestigious awards like 'the Gold Medal of the Royal Astronomical Society,' 'the Paul Dirac Medal,' etc.
Continue Reading Below
Other notable honors bestowed upon Hawking include 'the Wolf Prize,' 'Companion of Honor by Her Highness,' 'Julius Edgar Lilienfeld Prize,' 'the Copley Medal,' 'the Presidential Medal of Freedom,' 'the Russian Fundamental Physics Prize,' etc. 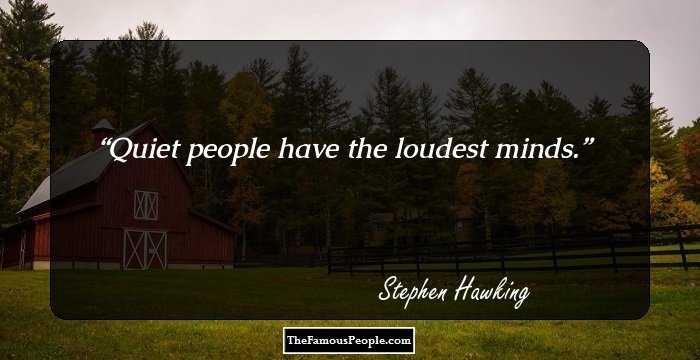 Personal Life & Legacy
He met his first wife, Jane Wilde, a friend of his sister, shortly before the diagnosis of his illness. The couple got married in 1965. They had three children together: Robert, Lucy, and Timothy. Jane was a pillar of strength for Hawking in the beginning of their marriage, but with his regressing physical condition and increasing global popularity, their marriage became a big burden on Jane and stress started to brew in their relationship.
During the late 1980, Hawking had a romantic affair with one of his nurses, Elaine Manson, and left Jane for her. He divorced Jane and married Manson in 1995. Their marriage proved to be detrimental to Hawking’s family life and he largely kept away from his children. It was suspected that Elaine was abusing him physically, but Hawking denied it. He divorced Elaine Manson in 2006.
Hawking’s physical condition increasingly began to deteriorate. He could no longer drive his wheelchair; he required a ventilator at times and was hospitalized several times since 2009. He was closely working with researchers on systems that could translate his brain patterns into switch activations.
Stephen Hawking died peacefully at his home in Cambridge, England, on March 14, 2018, at the age of 76
Trivia
To honour his contribution, several museums and buildings have been named after him. These are 'Stephen W. Hawking Science Museum' in San Salvador, El Salvador; the 'Stephen Hawking Building' in Cambridge, and the 'Stephen Hawking Centre' at the Perimeter Institute in Canada.
He participated in zero-gravity flight in a ‘Vomit Comet,' courtesy of 'Zero Gravity Corporation,' and experienced weightlessness eight times in 2007.
His first wife, Jane, wrote several books, including, ‘Travelling to Infinity’ and ‘My Life with Stephen.'
Jane met organist Jonathan Hellyer Jones while singing in a church choir in 1977 and developed a romantic relationship, but Hawking did not object to it saying that as long as she loved him, he had no problems with their platonic relationship.
He appeared on the famous American sitcom, ‘Big Bang Theory.'
Hawking believed that human life is at risk and said that, "a sudden nuclear war, a genetically engineered virus or other dangers we have not yet thought of" can wipe us off the earth.
Recommended Lists:
Non-Fiction Writers #147
Scientists #2
Writers #377

Quotes By Stephen Hawking | Quote Of The Day | Top 100 Quotes

See the events in life of Stephen Hawking in Chronological Order 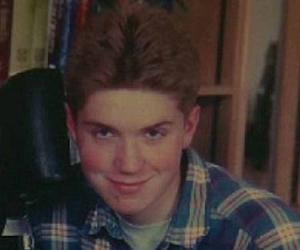