Slavoj Žižek is a Slovenian philosopher. He was born into a middle-class family in Ljubljana, at a time when Slovenia was occupied by Yugoslavia. He grew up influenced by the Western culture and its films, literature, and philosophies. Following his high-school graduation, he joined the ‘University of Ljubljana’ and earned a master’s degree in philosophy and sociology. He later earned two doctorate degrees from the same university. He studied Sigmund Freud and Jacques Lacan ardently. A staunch leftist, he was a member of the ‘Communist Party’ and wrote many left-leaning articles and columns for magazines in the U.S., the U.K., and Slovenia. He published a book titled ‘The Sublime Object of Ideology’ in 1989. It was heavily inspired by Lacan’s thoughts and writings. He was also active in politics during the Slovenian struggle for independence in the early 1990s. He is also known for using the film medium to illustrate his ideas on-screen to make them more consumable. Lillian Moller ...
21st March In History
DID WE MISS SOMEONE?
CLICK HERE AND TELL US
WE'LL MAKE SURE
THEY'RE HERE A.S.A.P
Quick Facts

Slavoj Žižek was born on March 21, 1949, in Ljubljana, SR Slovenia, Yugoslavia, to Jože Žižek and Vesna Žižek. His was a middle-class family. Both his parents were atheists. His father worked as an economist, and his mother was an accountant working locally.

When Slavoj was born, Slovenia was part of Yugoslavia and was heavily influenced by the Western culture. Slavoj spent most of his childhood in the town of Portoroz, which was located near the coast. When he stepped into his teenage years, his family moved back to Ljubljana, where he attended the ‘Bežigrad High School’ and pursued his interests such as reading and learning more about the Western culture.

Having grown up in a communist regime, he wished to gain a broader perspective of the world around him during his teenage years. He regularly visited a nearby auditorium, which specialized in American films.

His understanding of philosophy broadened when he joined the ‘University of Ljubljana’ in the late 1960s. He eventually obtained a bachelor’s degree in philosophy and sociology from the university. He deeply studied Jacques Lacan and Sigmund Freud, also mentioning them as his “heroes.”

He did not stick to the university-approved courses and studied many other philosophers instead. From Lacan’s works, he learned how to associate psychology with philosophy, which turned out to be extremely useful to him later in his career.

He graduated in 1971 and enrolled into the master’s program in philosophy at the same university. His thesis was on the French philosophers he followed ardently. He earned his master’s degree in 1975. However, some of his ideas did not sit well with the faculty of the university. He was thus kept away from earning a teaching position.

Following his graduation from the university, he found it difficult to earn a job as a philosophy master. Hence, in order to make ends meet, he resorted to translating the works of popular philosophers. He was well-versed in six languages, which further helped him in his translating job. However, back then, the only way to make good money was to join the ruling ‘Communist Party,’ but he avoided associating himself with any political party for a long time.

However, Slavoj Žižek eventually gave in to the pressure and joined the party in 1977. Hence, he became eligible for several government jobs and worked mainly as a speechwriter. He was also appointed to work as a researcher at the ‘Institute of Sociology and Philosophy’ of the ‘University of Ljubljana.’ He stayed in the position for many decades to come, even after he gained widespread recognition for his philosophical works.

Meanwhile, he also worked on his doctorate degree and ended up completing is PhD from the ‘University of Ljubljana.’ The same year, he moved to Paris to work with his idol Lacan’s son-in-law. It had been his dream to move to France, the country that produced almost all his favorite philosophers.

In Ljubljana, Slavoj Žižek also formed a group called the ‘Ljubljana Lacanians,’ which served as the fan club of the famed French philosopher Lacan. He himself led the group. Back then, Lacan was more popular in Ljubljana than in his native country, France.

In 1985, he completed his second doctorate degree, in psychoanalysis, from the ‘University of Paris.’ He also focused more on his English-language skills and wrote the introductions (in Slovenian) of the translated versions of a few novels by English detective writers. He was also a keen researcher of film theory and published his first book on the topic in 1988.

However, it was in 1989 that he came to achieve international recognition when he wrote the English book ‘The Sublime Object of Ideology.’ The book was a study of Georg Hegel, an esteemed philosopher, through the lens of Lacan’s psychological leanings. The book was considered a milestone in studies of philosophy, as he established a contact between psychology and philosophy, which was widely appreciated.

However, in coherence with how most philosophers’ minds work, Slavoj contradicted himself frequently in many of his works. He thus carried forward the notion in philosophy that says that an idea is fully developed only through a series of conflicts and contradictions.

Slavoj Žižek was also known for his association with the weekly Slovenian magazine ‘Mladina,’ which was a hardcore leftist magazine. In October 1988. he quit the ‘Communist Party of Slovenia,’ as he was opposed to many of their ideologies, such as the militarization of the Slovenian society.

In the mid-1980s, the ‘Communist Party’ began losing its hold on Slovenia. In 1990, Slavoj was fueling the revolution for Slovenia’s independence from Yugoslavia, by writing columns in newspapers. In the late 1980s, he raised his voice in favor of democratization of Slovenia, by taking part in several civil society movements and political rallies. In 1991, Slovenia was freed after a 10-day war. Slavoj was one of the contenders of the joint presidency of the newly formed country. However, he narrowly missed the opportunity.

He has been a regular column writer for American magazines such as ‘Lacanian Ink’ and ‘In These Times.’ He also wrote for U.K. magazines such as ‘The London Review of Books’ and the ‘New Left Review.’ Toward the 1990s, he became more political. He thus came to be known as a popular left-liberal columnist.

Back then, despite his advocacy of democracy, he still called himself a staunch communist. He has been a vocal critic of the right-wing nationalists, the conservatives, and the classical liberals. He has criticized the right wing in other parts of the world, too, such as the U.S. and the U.K.

However, Slavoj Žižek gained a lot of attention when he supported Donald Trump’s candidacy in the 2016 U.S. presidential elections. He said that Trump was a paradox in politics, since he was a centrist liberal in most of his political and social views. However, he later claimed that his support for Trump was an attempt to push the ‘Democratic Party’ to adapt more to leftist ideas.

He believes in the power of cinema in shaping up collective intellect. His ideas have been the base of many documentaries, such as ‘The Reality of the Virtual,’ ‘The Pervert’s Guide to Ideology,’ and ‘Žižek!'

Slavoj Žižek has married four times. His current wife, Jela Krečič, is a Slovenian philosopher, columnist, and journalist. He has a son.

See the events in life of Slavoj Žižek in Chronological Order 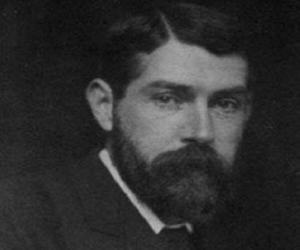