Salva Kiir Mayardit is the President of South Sudan since its independence in 2011. While little is known of Kiir’s early life, he rose to prominence during the first Sudanese civil war. He gained immense military and political experience during his involvement with the Southern Separatist Movement and the National Army. When conflicts between north and south Sudan arose again, causing the second Sudanese civil war, he stayed true to his vision of an empowered South Sudanese, earning the loyalty of the military faction of the ‘Sudan People’s Liberation Army and Movement.’ This devotion catapulted him into high ranking positions later in his political career. Kiir has been described as the “Biblical Joshua”, who led the fugitives to the Promised Land shortly after the rise and fall of Moses. He was instrumental in founding several important political movements across his career, including the ‘Sudan People’s Liberation Movement’, the agreement of the Comprehensive Peace Agreement, and the Independence of South Sudan. He has managed to survive two planned coups to overthrow his government, created infrastructures dealing with the influx of refugees returning home after decades of war, and dealt with the lingering scuffles between southern rebel organizations 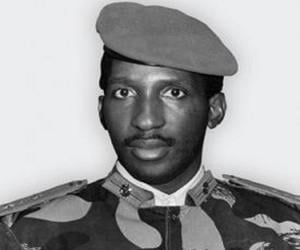 Elpidio Quirino
Presidents #186
Vice Presidents #13
Leaders #1026
DID WE MISS SOMEONE?
CLICK HERE AND TELL US
WE'LL MAKE SURE
THEY'RE HERE A.S.A.P
Quick Facts

Sudanese People
Black Presidents
Vice Presidents
Virgo Leaders
Male Leaders
Childhood & Early Life
Salva Kiir Mayardit was born in Akon, Sudan (now South Sudan), on September 13, 1951. He was born into a family that was a part of the ‘Dinka’ ethnicity.
Continue Reading Below
You May Like

The Most Popular US Veterans
Career
During the first Sudan Civil War, he became a part of the ‘Anya Nya’. The ‘Anya Nya’ was a major southern separatist movement in the fight against the northern government. The civil war raged through the nation from 1955 to 1972.
In 1972, when the fighting ended, he was enlisted into the ‘Sudanese National Army’ and managed to attain the rank of Lieutenant Colonel.
When aggressors returned in 1983, several high ranking officers defaulted from the ‘National Army’. This included Kiir and Colonel John Garang de Mabior.
He along with Garang formed the ‘SPLM’ and’ SPLA’ - the ‘Sudan People’s Liberation Army and Movement.’ These groups became the key southern rebel group against the northern government faction in 1983.
During his time in the ‘SPLM’ and ‘SPLA,’ he was designated as one of Garang’s topmost deputies. He also became the deputy and commander of the ‘SPLA Council’ and held portfolios for domestic and foreign intelligence and affairs.
In the late 1990s to early 2000s, Kiir was an important conciliator for the ‘SPLA’ and ‘SPLM.’ He handled conciliations between disregarding factions in the ‘SPLA’ and ‘SPLM.’
After the installation of the ‘Comprehensive Peace Agreement’ between the north and south, Garang was named President of the Region and Kiir was the first Vice-President of the Sudanese National Government in July of 2005. A month later, Garang unexpectedly died in a helicopter accident, leaving Kiir to succeed him in both roles.
The 2010 Sudanese elections showed 93% of the South Sudanese people in favor of the re-election of Kiir to his positions. The media began naming this moment ‘Step One’ in the succession of South Sudan.
When the CPA referendum came up for voting, an overwhelming 98.83% of South Sudanese citizens voted for an official succession from Sudan. On the 9th of July in 2011, South Sudan became a fully independent nation with Kiir as the first President of the newly formed nation.
In Mid-December of 2013, a large scale fight broke out in Juba. During this time, Kiir accused Riek Machar, his Vice-President, of staging a coup in an attempt to overthrow him. The coup was unsuccessful, but Machar was removed from the position of Vice-President. Machar publically denied the coup, claiming Kiir stimulated the conflict in order to hide his weakness as a government leader.
Major Works
He was an important participant in the negotiations between the northern Sudanese government and the Southern rebels. The negotiations ultimately led to the forming of the ‘Comprehensive Peace Agreement’ in 2005 and thus ended Sudan’s second civil war. The ‘CPA’ formed the semiautonomous region of South Sudan.
During South Sudan’s second anniversary of being a fully independent nation, he outlined his reformation plans for the newborn country. These included rebuilding the countryside and designing a transportation infrastructure that would allow them to use substitute routes for oil exports by means of Uganda, Kenya, and Ethiopia and avoid going through the still hostile north Sudan.
Awards & Achievements
In 2009, he was awarded an honorary degree from a Kenyan university. He was presented a certificate by the Vice Chancellor of the ‘Great Lakes University of Kisumu’.
Personal Life & Legacy
Kiir is married to Mary Ayen Mayardit. Mary is the founder and contributor of Concern for Women and Children, better known as the CWC. The couple has two children- Munuti Salva Kiir, a son, and Adut Mayardit, a daughter.
Trivia
He was given a 10-gallon black Stetson Cowboy hat as a gift by former US President, George Bush during a visit to the White House in 2006. Whether he is on a personal outing or speaking at the ‘United Nations General Assembly,’ he has not been seen without the hat. The hat is now considered his trademark
You May Like