Who is Rowan Douglas Williams?

Rowan Douglas Williams is an Anglican Bishop and theologian. He was the 104th Archbishop of Canterbury and was previously Bishop of Monmouth and Archbishop of Wales. Rowan’s interest in and involvement with social issues is longstanding and became quite noticeable when he appointed a special commission to address the controversial issue of consecration of homosexual individuals that threatened to divide the Anglican Communion. The commission also investigated how he could more effectively implement his moral authority over the communion of churches. Rowan faced further controversy when he proposed the adoption of Shariah or Islamic laws by the English legal system, to promote unity. He reasoned that Muslims residing in England might be at ease, while pursuing financial or marital issues in a Shariah court than in a secular court. Rowan was a fellow of the British Academy and has published collections of many articles, sermons and poems which have reflected his thoughts on religion, spirituality and other issues. Spiritual & Religious Leaders
British Men
The University of Oxford
Briton Theologians
Childhood & Early Life
He was born to Aneurin Williams and Delphine nee Morris who were Presbyterians converted into Anglicans. At the age of 2, he contracted a rare form of meningitis which left him with a limp and permanent deafness in his left ear.
In 1953, his family moved to Cardiff and he began his formal education at Lamorna, a fee-paying primary school, before the family returned to Swansea in 1960 where he attended Dynevor Grammar School for eight years.
Later, he enrolled at University of Cambridge to study Theology at Christ’s College. Thereafter, he went to Wadham College, University of Oxford, where he received his doctorate of Philosophy in 1975.
Continue Reading Below
You May Like

After receiving his doctorate, he lectured at the College of the Resurrection in Mirfield, West Yorkshire, for two years. In 1977, he returned to his alma mater, Cambridge to teach theology at Westcott House, having been ordained deacon in Ely Cathedral. In the year 1978, he was made the priest there.

In 1980, he served as curate at St. George’s Chesterton. After three years, he was appointed as a lecturer in divinity in Cambridge University, and the following year he became dean and chaplain of Clare College. In 1986, he was appointed to the Lady Margaret professorship of divinity at Oxford University and Canon of Christ Church.

In 1989, he was awarded the degree of doctor of divinity and became a fellow of the British Academy the following year.

In 1991, he was elected as the bishop of Monmouth, a diocese on the Welsh borders, and was consecrated the following year. He served there as a bishop for seven consecutive years.

In 1999, he was elected as Archbishop of Wales, one of the 38 primates of the Anglican Communion, after the retirement of Archbishop Alwyn Rice Jones.

In 2005, he was appointed as the first chancellor of Canterbury Christ Church University followed by his role as Visitor at King’s College, London, the University of Kent and Keble College, Oxford.

In 2006, he was awarded an honorary Doctorate in divinity by Cambridge University. In the following year, he received a joint doctorate of divinity degree by Trinity College and Wycliffe College associated with the University of Toronto.

In late 2012, he stepped down as the Archbishop of Canterbury.

In January 2013, Rowan Williams became master of Magdalene College, Cambridge, and soon after sometime joined the House of Lords as a crossbench member. He stepped down from both the positions in 2020.

Major Works
He has written a number of important and influential books including, ‘The wound of knowledge’ (1979), ‘Resurrection: Interpreting the Easter gospel’ (1982), ‘Eucharistic sacrifice: The roots of a metaphor’ (1982), ‘Peacemaking theology’ (1984), ‘Teresa of Avila’ (1991), ‘Christ on trial’ (2000), ‘The poems of Rowan Williams’ (2002), ‘Anglican identities’ (2004), ‘Where God Happens: Discovering Christ in One Another’ (2007) etc.
In 1985, being a member of the left-wing Anglo-Catholic Jubilee group, he collaborated with father Kenneth Leech in several publications including the anthology of essays to commemorate the 150th anniversary of the Assize Sermon entitled ‘Essays: Catholic and Radical’ in 1983.
Awards & Achievements
In 2002, he gained the membership of Privy Council of the United Kingdom. In the following year, he gained the fellowship of Royal Society of Literature, a senior literary organization in Britain.
In 2004, he received the knight grand cross of the Royal Order of Francis I. In 2010, he became the founding member of Learned Society of Wales for his distinguished contribution of knowledge in his professional field.
In 2012, he received a Royal Victorian Chain, representing a personal token of high distinction and esteem from the Monarch. In the same year, he received one of the highest civilian awards of Pakistan, ‘Sitara-e-Pakistan’ for his public services to Pakistan.
In 2013, he received a life peerage as Baron Williams of Oystermouth in the city and county of Swansea.
Personal Life
In July, 1981, he married a writer and theologian Jane Williams with whom he has two children, a daughter named Rhiannon and a son named Pip. Following her husband’s retirement, she is entitled to the title of Lady Williams of Oystermouth.
Trivia
In April, 2008, he was called for ‘urgent meditation’ over Zimbabwe’s election results.
Recommended Lists:
You May Like 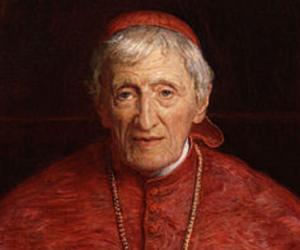