One of the major English poets of the 17th century, Andrew Marvell was a metaphysical poet known for his passionate, sensuous and elegant lyrics. The proof of his greatness as a poet lies in the fact that his works continue to be praised and admired even in the contemporary period. He was deeply influenced by John Donne and the metaphysical school, yet his works also display the characteristic elegance of the cavalier school. Thus Andrew Marvell can be called an important transitional figure whose works effortlessly bridged the metaphysical school and the cavalier school. He was a protégé and friend of John Milton, and like him, wrote several poems dedicated to contemporary political issues; in fact many postmodern theorists have focused on Marvell as a political writer. Marvell was also a politician who served as a member of the House of Commons. As a poet, he began writing at a young age though his initial poems that were published. while he was still in college, were in Greek and Latin. It is ironical that much of his sarcastic political satires were not published during his lifetime, and he became recognized as a major poet only after his death. The life of this enigmatic poet has always fascinated historians due to the scarcity of information about his personal life. Al Alvarez
Poets #109
Writers #869
31st March In History
DID WE MISS SOMEONE?
CLICK HERE AND TELL US
WE'LL MAKE SURE
THEY'RE HERE A.S.A.P
Quick Facts

British People
British Men
Trinity College, Cambridge
Aries Poets
Male Poets
Childhood & Early Life
He was born on 31 March 1621 to Reverend Andrew Marvell, a Church of England clergyman, and his wife Anne Pease Marvell. His father was appointed as a lecturer at Holy Trinity Church when the young Andrew was three years old.
He received his primary education from the Hull Grammar School. In 1633, at the age of 12, he was sent to Trinity College, Cambridge from where he eventually completed his B.A. degree in 1639.
He started writing poems in college and two of his poems, one in Latin and the other in Greek were published in an anthology of Cambridge poets.
He wanted to continue his studies and complete his master’s degree but his father’s accidental death and the outbreak of the civil war in 1642 forced him to abandon his studies. 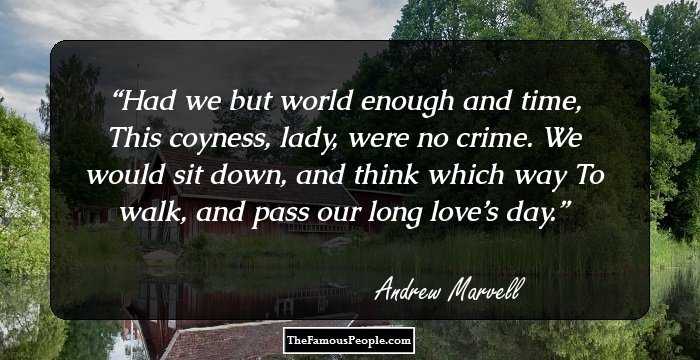 Quotes: Think, Time
Continue Reading Below
You May Like

The Sexiest Men Of 2020, Ranked
Career
Since not much information is available about the writer, it is speculated that he might have worked for a short while in the shipping business of his brother-in-law after leaving Cambridge.
During the 1640s he traveled extensively over Europe, in a four-year long tour of the continent. Some sources suggest that he worked as tutor during his travels in order to earn his livelihood.
By touring all over Holland, France, Italy, and Spain, he totally avoided the civil war back home in England. His extensive travels helped him add Dutch, French, Spanish, and Italian to his vocabulary.
He wrote several poems between 1645 and 1649 which express a Royalist tone, thus labeling him as a Royalist sympathizer.
He was very much attracted by the personality of Oliver Cromwell and wrote "An Horatian Ode upon Cromwell's Return from Ireland" in 1650. The poem garnered a lot of attention for its skillful lyrics and also created some controversy regarding the poet’s admiration for the military general.
In the early 1650s he served as a tutor to Mary Fairfax, daughter of the Lord General Thomas Fairfax, a retired Commonwealth general who lived at Nun Appleton. It was here that Marvell wrote some of his most memorable poems including ‘Music’s Empire’, ‘Upon Appleton House, to My Lord Fairfax’, and ‘To His Coy Mistress’.
In 1653, John Milton, a friend of Andrew Marvell who worked in Oliver Cromwell’s government, recommended him for a post in the same department he was working in. Marvell refused this post and instead chose to tutor William Dutton, a ward of Cromwell’s.
While tutoring Dutton he lived at the house of John Oxenbridge in Eton. While living there he visited Bermuda twice and was inspired to write the poem ‘Bermudas’. He accompanied Dutton to France where they visited the Protestant Academy of Saumur in 1656.
In 1657, Marvell joined Milton as a Latin secretary to Cromwell’s Council of State. He continued writing political poetry.
Continue Reading Below
He was elected Member of Parliament for Kingston-upon-Hull in the Third Protectorate Parliament in 1659, and was re-elected in 1660 for the Convention Parliament.
He devoted the later years of his life to government service and continued writing political satires, some of which considered too sensitive to be published under his own name were published anonymously.
At the time of his untimely death he was serving as the London agent for the Hull Trinity House, a shipmasters’ guild, a post he had taken up in 1659. 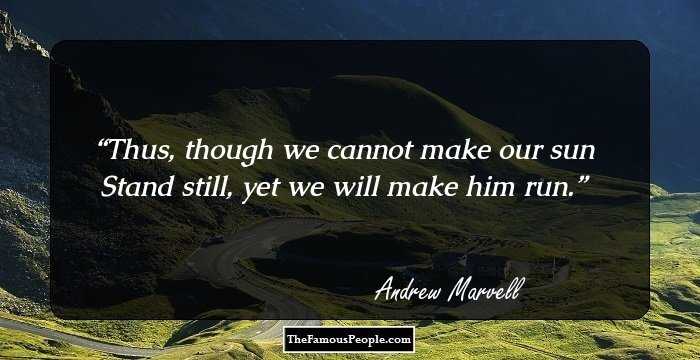 Quotes: Will
Major Works
One of his best known works is ‘To His Coy Mistress’ which is a metaphysical poem in which the poet addresses a woman who is slow to respond to his advances and laments that he does not have enough time to admire and love her.
’Upon Appleton House’ is another one of his famous poems. Written for Thomas Fairfax, the poem describes the Nun Appleton estate while reflecting upon the political issues of the time.
Personal Life & Legacy
The details about the personal life of this poet remain a mystery. Even though he was a bachelor when he died, his housekeeper Mary Palmer claimed that they had been secretly married in 1667. However, her claims were believed to be dubious though they added to the mystery surrounding the poet.
He died on 16 August 1678 after a fever. His sudden and unexpected death, at the age of 57, led to rumors that he had in fact been poisoned to death by the Jesuits.
Only some of his poems had been published during his lifetime. A vast majority of his works were published posthumously in 1681, three years after his death. 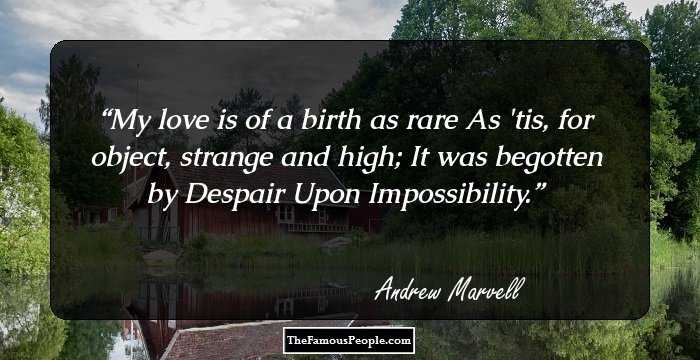 Quotes By Andrew Marvell | Quote Of The Day | Top 100 Quotes

See the events in life of Andrew Marvell in Chronological Order 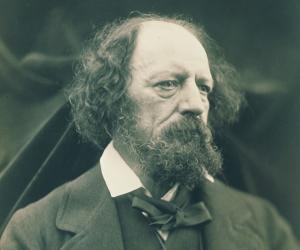