Ronald George Wreyford Norrish was a British Chemist, who received the Nobel Prize for Chemistry in 1967. This biography profiles his childhood, life, research career, achievements and timeline. 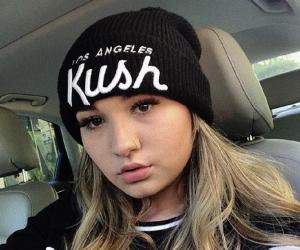 John E. Walker
Ronald George Wreyford Norrish was a British Chemist, who received the Nobel Prize for Chemistry in 1967 for his work on the studies of extremely fast chemical reactions. He was a co-recipient of the award along with George Porter and Mafred Eigen. From 1949 to 1965, Norrish worked in collaboration with his former pupil George Porter in the development of ‘flash photolysis’ and kinetic spectroscopy for the investigation and study of very fast reactions. Norrish’s contribution to chemistry became significant and obtained worldwide recognition when he made the most remarkable correction to the Draper’s law. John Draper had proposed that the amount of dynamic rate of photochemical change is directly proportional to the product of the intensity of light and time. But Norrish proved that it is proportional to the square root of the light intensity. Norrish was a man of immense energy. He enjoyed meeting people from other countries and different walks of life and also loved to travel to different places around the world. Male Chemists
Male Scientists
British Chemists
Scorpio Scientists
Childhood & Early Life
Norrish was born in Cambridge on 9th November 1897 to Herbert Norrish and Amy Norrish. His father was a native of Crediton, Devonshire and moved to Cambridge to start his pharmacy.
He did his early schooling at a local boarding school and went on for high school at the Perse Grammar School in 1910 upon receiving a scholarship.
In 1915, he obtained a scholarship through entrance examination and entered the Emmanuel College, Cambridge, in 1915 to pursue Natural Sciences.
In 1916, Norrish was assigned military duty by the Royal Field Artillery for service in France during the World War I.
He was taken prisoner of war in 1918 by the German forces to Germany and stayed there until the rest of the war.
He was repatriated to Cambridge in 1919. He continued taking his course from Emmanuel College. This minor break in studies did not prevent him from obtaining a double first rank in Natural Sciences. He became a research fellow there after 1925.
Continue Reading Below
You May Like

British Scientists
Scorpio Men
Career
Norrish was inspired by Eric Redeal under whom he took up his first research work for the study of Photochemistry.
In 1930, he was appointed a lecturer in the department of physical chemistry in the University of Cambridge. In 1937, he was promoted to the post of professor.
In 1965, he retired as a Professor Emeritus from the Cambridge University.
Major Works
At the Cambridge University, Norrish had the opportunity to work with some highly intuitive students and with them he carried out an extensive research in the field of Photochemistry and reaction kinetics, including combustion and polymerization.
Unfortunately his research work came to a halt with the start of the Second World War in 1940. However, he continued to lead the department and teach during that period. He was actively working about his research ideas and collaborated with government committees.
In 1945, after the World War II came to an end, he continued with his research once again about transients in short lived chemical reactions.
From 1949 to 1965, Norrish worked in collaboration with his student, George Porter (who is presently a professor) on ‘Flash Photolysis and ‘Kinetic Spectroscopy’, the most powerful methods till date for studying all aspects of a chemical reaction.
His other scientific interests were in the areas of mechanism of chain reactions including combustion and formation of plastics.
He was an unusually skilled researcher who always gave an elaborate theoretical interpretation of his results.
One of his major accomplishments was the ‘Norrish Reaction’.
After his retirement in 1965, he continued to work as an industrial consultant and with individual students.
Awards & Achievements
Norrish was elected as a Fellow of the Royal Society (FRS) in 1936.
For his development of Flash Photolysis, he was awarded the Nobel Prize in Chemistry in 1967 along with George Porter and Manfred Eigen for their study on fast chemical reactions.
He was also a recipient of several other awards such as Raphael Meldola Medal (1926), Davy Medal (1958), Bernard Lewis Gold Medal (1964) and IET Faraday Medal (1965).
He was member of several prestigious societies such as Royal Society, Royal Society of Chemistry, Polish Chemical Society, British Association for Advancement of Science and New York Academy of Sciences.
Personal Life & Legacy
In 1926, Norrish married Annie Smith who was a lecturer in the University of Wales in Cardiff. They have two daughters and four grandchildren.
Norrish died on 7th June 1978, at the age of 81 in Cambridge.
You May Like