Advanced Search
Recep Tayyip Erdoğan is the 12th President of Turkey. He formerly served as the Prime Minister of Turkey and was also the Mayor of İstanbul. He is the founder of the Justice and Development Party (AKP) and led it to three general election victories. He has an Islamist political background. He is an extremely polarized figure. Supporters say that his government has introduced several liberal economic reforms, improved Turkish economy, lifted restrictions on religious expressions and ended Guerilla war with the Kurdish mass. He was able to curb the political power of military through the ‘Sledgehammer’ and ‘Ergenekon’ court cases. However, his administration has faced criticism for being autocratic, which led to anti-government protests and deaths of protestors. Erdoğan and his allies were linked to a US$100 billion government corruption scandal. Since then Erdoğan's government has attacked social media, press, human rights and even blocked access to Twitter, Facebook and other social networking sites several times. He has been accused of maintaining monetary connections with Islamic State of Iraq and the Levant militants when it was revealed that Turkey had been delivering weapons to Syrian military groups. William A. Maro...
26th February In History
DID WE MISS SOMEONE?
CLICK HERE AND TELL US
WE'LL MAKE SURE
THEY'RE HERE A.S.A.P
Quick Facts 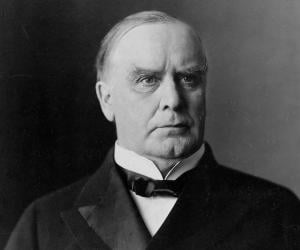 Turkish People
Political Leaders
Turkish Men
Male Leaders
Pisces Leaders
Childhood & Early Life
Erdoğan was born on 26 February 1954 in the Kasımpaşa neighborhood of Istanbul.
His father was a Turkish coast guard in Rize where the family lived till Erdoğan was 13 years old.
He had to sell lemonade and simit on the streets to make extra money.
In 1965, he graduated from Kasımpaşa Piyale primary school. Erdoğan also attended the İmam Hatip School and received his high school diploma from Eyüp High School.
In 1981, he received a Business Administration degree from the Aksaray School of Economics and Commercial Sciences (Marmara University).
His mde his first foray into politics was when he joined the National Turkish Student Union, an anti-communist association.
Continue Reading Below
Career
In 1984, Erdoğan became the Beyoğlu district chair of Islamist Welfare Party. The next year, he became the chair of the Istanbul city branch of the party.
On 27th March 1994, he was elected as the Mayor of Istanbul in the local elections. He won 25.19% of the popular vote.
As a mayor, he ventured to tackle some of the long-drawn problems in Istanbul like traffic disorder, lack of water supply and pollution.
In December 1997, he was convicted of provoking religious hatred after he recited a slightly changed version of a poem by Ziya Gökalp, the pan-Turkish activist in Siirt. He had to serve a prison term from 24 March 1999 to 27 July 1999 and was subsequently banned from political activities.
In 2001, Erdoğan founded the Justice and Development Party (AKP) and led it to victory in the 2002 election. The party won about two-thirds of the seats. However, he could not seek higher office because he was still banned from politics.
In the new election scheduled on 9 February 2003, Erdoğan’s AKP won the majority of seats again. This time he could take over the seat of the Prime Minister because of a legal change made by the opposition Republican People’s Party.
He took over as the Prime Minister on March 15, 2003 and introduced a few important reforms in Turkey.
On July 22, 2007, he had a triumphant victory in the parliamentary elections when he won 46.6% of the votes and entered his second term as the Prime Minister.
On June 12, 2011, Erdoğan secured a third term as Prime Minister by winning 49 % of the votes, and established the 61st government.
Continue Reading Below
On August 28, 2014, Erdoğan became the 12th president of Turkey. He won the first round of elections with 51.79% of the vote, thereby defeating around 15 opposition parties. This was the first time that a Turkish President was elected directly.
On June 7, 2015, at the Turkey's parliamentary elections, the AKP won 41% of the vote, but fell short of majority, thwarting Erdogan's intention to shift power from parliament to the president.Achievements
Erdoğan's government succeeded in resolving the Turkey – Kurdistan Workers' Party conflict by allowing the Kurdish language to be used widely and restoring Kurdish names to cities and towns.
On 23 April 2014, Erdoğan's office issued a declaration which acknowledged Turkey’s responsibility in the mass killings of Armenians during World War I and offered condolences.
Erdoğan increased the budget of the Ministry of Education from 7.5 billion lira in 2002 to 34 billion lira in 2011.
His government also increased the quality of healthcare by introducing ‘Green Card’ program that gives health benefits to the poor. Transportation developed furthermore, when high speed railway lines were constructed.
In 2004, he was listed in ‘Time’ magazine's "100 most influential people in the world".
Recep Tayyip Erdogan has been honored with a number of prestigious awards like olden Plate award from the ‘Academy of Achievement’, Outstanding Service award from ‘Red Crescent’, the Agricola Medal of the UN Food and Agriculture Organization, King Faisal International Prize from the ‘King Faisal Foundation’, United Nations–HABITAT award, WHO 2010 World No Tobacco Award, Gold Statue 2012 Special Award’ by the Polish Business Center Club.
He has received honorary doctorates from institutions like St. John's University, University of Sarajevo, Istanbul University, University of Pristina, Moscow State University, University of Algiers and İnönü University.
Personal Life & Legacy
On July 4, 1978, he married Emine Gulbaran with whom he later had two daughters, Esra and Sümeyye; and two sons, Necmettin Bilal and Ahmet Burak.
Erdoğan is a member of the Community of İskenderpaşa, a Turkish Sufi community of Naqshbandi tariqah.
Trivia
When he was young, Erdoğan played semi-professional football at a local club, Kasımpaşa Spor Kulübü. The district of Kasımpaşa S.K. has its football stadium named after him.
In 1974, he wrote, directed and acted in a play ‘Maskomya’, an anti-communist piece.
Recommended Lists:
Leaders #2494