Abdou Diouf was the second President of Senegal; he served from 1981 to 2000. He is regarded as a prominent African leader with a remarkable record of accomplishments in terms of political and socio-economic development in Africa. Born in Senegal, he completed his primary and secondary education from St. Louis and then went to Paris to study law. Shortly after his return home, he joined the civil service and was appointed to various posts, including assistant of the Secretary-General of the Government, and Secretary-General of the Ministry of Defense. Soon, he became the Director of the Cabinet of President Leopold Senghor and was named the Secretary General of the Presidency of the Republic of Senegal. Later, he became the Prime Minister of Senegal for a decade, after which, President Leopold appointed him as his successor. As the President of Senegal, he gave a voice to his nation in the world and stressed upon cooperation with other African countries. . As initiated by his predecessor, he also encouraged political liberalization and held elections in 1983, 1988 and 1993, winning all of them. He has also been active in international organizations and has fought for greater African unity, including carrying out the functions of Chairman of the Organization of African Unity. In 2000, following his defeat in the general elections, he stepped down from his position peacefully, thus ending the Socialist Party’s 40-year rule of Senegal. Senegalese People
Black Presidents
Political Leaders
Black Political Leaders
Senegalese Men
Childhood & Early Life
Abdou Diouf was born on September 7, 1935, in Louga, Senegal, to a devout Muslim father and a Hal ‘Pulaar’ mother. His father worked as a postman, and belonged to the Serer ethnoreligious group.
He received his primary and secondary education from the Lycée Faidherbe in Saint-Louis. Later, he attended the Dakar University and then studied law at Sorbonne, Paris, graduating in 1959.
Continue Reading Below
You May Like

The Best Black Actresses Of All Time
Career
After completing his graduation, Abdou Diouf returned to Senegal and was appointed the Director of International Technical Cooperation in September 1960.
In December 1960, he became the assistant of the Secretary-General of the Government, and was later appointed the Secretary-General of the Ministry of Defense in June 1961.
In 1961, he joined the Senegalese Progressive Union party, which was later re-formed into the Socialist Party of Senegal. Subsequently, he became Governor of the Sine-Saloum Region, a post he served in until December 1962, following which he was appointed as the Director of the Cabinet of the Ministry of Foreign Affairs.
In May 1963, he was shifted to the position of Director of the Cabinet of the President Léopold Senghor, which he retained until December 1965.
In January 1964, he was also appointed the Secretary-General of the Presidency, a post he served until March 1968. After that, he served as the Minister of Planning and Industry until February 1970.
On February 26, 1970, Abdou Diouf was appointed as the Prime Minister of Senegal, when that post was reinstated by President Senghor. He remained on the post until December 31, 1980.
On January 1, 1981, Senghor resigned from presidency in Abdou Diouf’s favor and Diouf became the next President of Senegal.
He continued the political liberalization which his predecessor had started by holding elections in 1983. He allowed 14 opposition parties to contest in the elections, causing fragmentation among them, and emerged as a clear winner with 83.5 percent of the vote.
In 1985, the opposition parties made an unsuccessful attempt to form a coalition which failed on the grounds that coalitions were banned by the constitution.
Continue Reading Below
In February 1988, he once again won the elections, with 72.3 percent of the vote. The results of the elections were highly panned and opposing parties accused his government of electoral fraud.
In February 1993, he was re-elected with 58% of the vote for a seven-year term. In 2000, he lost the elections to Abdoulaye Wade, and stepped down from his position without any protest.
After leaving office as the President of Senegal, he was unanimously elected as the 2nd Secretary-General of ‘La Francophonie’ in October 2002.
In January 2003, he took office as Secretary-General and was re-elected for another four years at the organization's summit in September 2006. He held this post till December 2014.
Apart from political services, he also served as the President of the Organization of African Unity (OAU) in 1985-86. In 1992, he was re-elected President of the OAU again for one year term.
He serves as an eminent member of the ‘Sergio Vieira de Mello Foundation’. He is also a member of the Fondation Chirac's honor committee, and the International Multilateral Partnership Against Cyber Threats (IMPACT) International Advisory Board.
Major Works
In 1986, Abdou Diouf initiated an anti-AIDS program in Senegal, promoted safe-sex messages and appealed to the prostitutes to get registered. He also encouraged civic organizations as well as religious leaders to spread awareness regarding the disease. As a result, despite the high rate of prevalence of AIDS in most of the African countries, it remained below 2 per cent in Senegal.
Awards & Achievements
Abdou Diouf was awarded the distinguished ‘King Faisal International Prize’ for his services to Islam.
He also received 11 honorary doctorates and several prestigious medals in recognition of his outstanding services to Senegal and the Muslim world.
Personal Life & Legacy
Abdou Diouf married Elisabeth Diouf in 1963.
You May Like

See the events in life of Abdou Diouf in Chronological Order 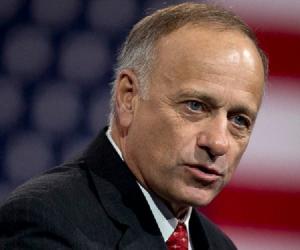 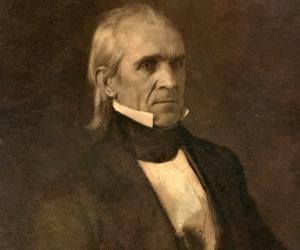