Mohamed Morsi was an Egyptian politician who served as the first democratically elected President of Egypt before his government was overthrown by the armed forces. Born and brought up in Egypt, he obtained his doctoral degree from the United States and also worked there at the beginning of his career. Later, he returned to Egypt and became actively involved in politics as a member of the political party Muslim Brotherhood. During this time, he pushed the government to enact political reforms, calling for the lifting of repressive measures, and also established himself as a social conservative. After Hosni Mubarak's dictatorship was brought to an end by the revolutionary protests in Egypt, the country’s first democratic elections were held and the party selected him as its candidate. He won the democratic elections and took office during a period of political uncertainty. After coming to power, he did receive some appreciation for his initial efforts towards creating a better economy, but his actions also indicated a hidden lust for power. He took some steps towards seizing the control of the country and although he defended the edict as a necessary measure to protect Egypt’s transition to democracy, mass demonstrations were held against his rule. This worsened the law and order situation and also strengthened the opposition. As a result, the armed forces intervened in the matter and ousted him from presidency, eventually placing him under house arrest. Mohamed Morsi was born on August 8, 1951, in the Sharqia Governorate, in the village of El-Adwah, Egypt, to a farmer father, and a housewife mother. He was the eldest of five brothers.

In 1975, he obtained a bachelor's degree in engineering from Cairo University and then completed his post-graduation in 1978. Later, he earned a PhD in materials science from the University of Southern California in 1982, with his dissertation "High-Temperature Electrical Conductivity and Defect Structure of Donor-Doped Al2O3".

Meanwhile he also joined the Muslim Brotherhood, a political, Islam-based organization, as a member in 1977.

Mohamed Morsi started his career as a lecturer at the California State University, Northridge, and served as an Assistant Professor from 1982 to 1985. Being an expert on precision metal surfaces, he also worked for NASA helping to develop Space Shuttle engines.

In 1985, he resigned from his job at California State University and returned to Egypt and became a professor at ‘Zagazig University’, where he was appointed the head of the engineering department, a post he served until 2010.

In 2000, he was first elected as a Member of Parliament, officially as an independent candidate because the Brotherhood was technically barred from running candidates for office under the regime of Mubarak.

From 2005, he served as a member of the Guidance Office of the Muslim Brotherhood until Freedom and Justice Party was founded in 2011. He was elected as the first president of the new party.

He was arrested several times under Hosni Mubarak's regime for various protests. He spent seven months behind bars in 2006, and was detained for a brief period in 2011, along with several other Brotherhood leaders.

Initially nominated as a backup candidate of the party, he emerged as the new Muslim Brotherhood presidential candidate after Khairat El-Shater was disqualified from the 2012 presidential elections.

Following the first round of Egypt's first democratic presidential elections, he was officially announced as the president on June 24, 2012. Almost immediately afterward, he resigned from the presidency of the Freedom and Justice Party.

On June 30, 2012, Mohamed Morsi took oath as the first democratically elected president in Egypt's history, and became the first Islamist to lead an Arab country. He resumed Parliament in its original form from July 10, 2012.

In August 2012, he fired some of the army's leading officers and also announced that the constitutional amendments passed by the Supreme Council of the Armed Forces (SCAF) restricting the president's powers would be annulled.

In October 2012, his government unveiled plans for the development of a major economic and industrial hub adjoining the Suez Canal. The following month, he moved towards earning more power for himself which sparked much outrage, including public protests throughout the country.

By the following year, his actions continued to indicate his lust for power and Egypt's political environment worsened. He also refused to adhere to an army ultimatum requiring the president to share power or step down. As a consequence, millions of people rallied across Egypt calling for his resignation from office.

In June 2013, millions of protesters gathered outside his presidential palace calling for his removal from office. On July 3, 2013, he was officially ousted as president by Egypt's armed forces and was placed under house arrest. Meanwhile, the military suspended the country's constitution and ordered new elections.

Awards & Achievements
In 2013, he was awarded an honorary PhD by the National University of Sciences and Technology (NUST) in recognition of his achievements and significant contribution toward the promotion of peace and harmony in the world and for strengthening bilateral relations with other Muslim countries.
Personal Life, Legacy & Death

Mohamed Morsi died on June 17, 2019, of a heart attack, during a court hearing, as announced by Egyptian state television. He was 67.

See the events in life of Mohamed Morsi in Chronological Order 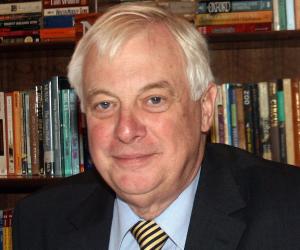 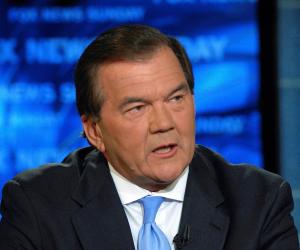