Born In: Bulakan, Bulacan, Captaincy General of the Philippines

Marcelo H. del Pilar was a Filipino writer also popularly known by his pseudonym Plaridel. He had also worked as a journalist and lawyer at different times. Del Pilar was known as one of the main personalities to influence the Propaganda Movement (also known as the Reform Movement) in Spain. He was very vocal in his dissent against the Spanish friars and the deplorable treatment of the Filipinos in the country. Due to his anti-friar activities, del Pilar was banished from his native country and went to Barcelona, Spain. He succeeded Lopez Jaena as the editor of the newspaper ‘La Solidaridad’ and held this post until the publishing house wound up due to financial issues. According to the findings of historian Renato Constantino, del Pilar is believed to be the mastermind of Katipunan, a revolutionary organization. It is believed that his letters to Andrés Bonifacio helped the latter to recruit more Katipuneros. A total of nine Filipino historical personalities, including del Pilar, were recommended to the Department of Education Secretary Ricardo T. Gloria to be included in the list of “National Heroes” in 1997. The recommendation was revisited once again in 2009; however, no progress has been made in this regard.
Continue Reading Below

Born In: Bulakan, Bulacan, Captaincy General of the Philippines 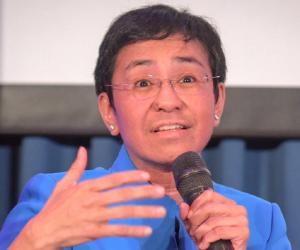 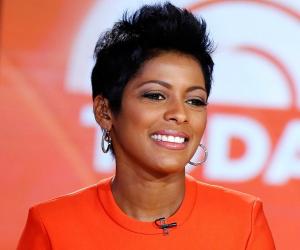 Filipino People
Filipino Men
Virgo Writers
Male Writers
Filipino Writers
Childhood & Early Life
Marcelo Hilario del Pilar y Gatmaitán was born on August 30, 1850, in Cupang, Bulacan, to Don Julian H. del Pilar and Dona Blasa Gatmaitan. The families of both his parents were highly cultured and well-known in Bulacan.
The del Pilar family was a well-to-do one in their neighborhood, having owned farms, mills, and fish ponds. His father was an elected ‘gobernadorcillo’ (mayor of the municipality or equivalent) thrice and was also a renowned ‘Tagalog’ speaker in Cupang.
Del Pilar grew up with his nine siblings in their hometown. He received his primary education from his mother and learned to play the piano and violin in his childhood. He then went to the Sr. Hermenigildo Flores School.
After completing his school education, del Pilar attended Colegio de San José where he received his ‘Bachilleren Artes’ (Bachelor in Arts). Later, del Pilar attended the Universidad de Santo Tomás to study law.
Continue Reading Below
You May Like

Who Is The Most Popular BTS Member?
Early Activities
Marcelo H. del Pilar’s eldest brother, Fr. Toribio Hilario del Pilar, was deported along with a Filipino priest named Mariano Sevilla to the Mariana Islands. This was during the rise of the Cavite Mutiny in 1872 when Del Pilar was living with Sevilla. The news of his brother being deported came as a huge shock to their mother who passed away soon after.
In the 1870s, after completing his education, del Pilar served as the ‘oficial de mesa’ in Pampanga for a year and in Quiapo for another. Towards the end of that decade, del Pilar completed his law degree and went to work among the common people in Manila.
He attended public gatherings, festivals, weddings, funerals, and cockfights at the cockpits where he tried to educate the people about the country, its people and the atrocities of the Spanish friars.
Activities Against the Spanish Friars
In 1882, Marcelo H. del Pilar, Pascual H. Poblete, and Basilio Teodoro Moran founded ‘Diariong Tagalog,’ a bilingual newspaper. Del Pilar was the editor of the newspaper and translated a few important works of some of the popular Filipino nationalists like José Rizal.
Del Pilar worked extensively in Malolos on his anti-friar movement. He pointed out how the friars were misusing the taxpayers’ money and inflating baptismal fees.
Del Pilar advised the gobernadorcillo of Malolos, Crisóstomo, who informed the Spanish governor of Bulacan about an order issued by Benigno Quiroga y López Ballesteros, the director-general of civil administration in Manila.
It is believed that del Pilar wrote the manifesto ‘Viva España! Viva el Rey! Viva el Ejército! FueralosFrailes!’ that was presented to the queen regent of Manila. The manifesto described the atrocities, crimes, and tortures committed by the friars and demanded their expulsion from the Philippines.
In 1888, an arrest warrant was issued on del Pilar after Valeriano Weyler became the governor-general of the Philippines. This forced del Pilar to leave the country and go to Spain.
After he moved to Spain in 1889, del Pilar wrote a letter addressing the young women of Malolos, praising their bravery. A group of young women in Malolos had managed to get permission to open a night school where they could learn Spanish. Del Pilar acknowledged this as a win against the friars and their crimes.
Almost a year after he moved to Spain, del Pilar became the editor of the newspaper ‘La Solidaridad’ and took his anti-friar movement forward with the help of the tabloid. However, the later conflict between him and Rizal caused significant damage to the newspaper after Rizal respectfully declined the position of the ‘Responsable’ and left for France.
Family & Personal Life
Marcelo H. del Pilar married his cousin Marcianadel Pilar in 1878, and had seven children, of who five died young.
Del Pilar didn’t claim his share of the ancestral properties and lost the majority of his earnings due to his involvement in various movements and other activities. His later years were spent in poverty, and he couldn’t even afford proper meals in the winters.
He suffered from tuberculosis and tried to return to the Philippines but failed to do so. On July 4, 1896, del Pilar died at the Hospital de la Santa Cruz in Barcelona.
Recommended Lists:
Media Personalities #1133
You May Like

See the events in life of Marcelo H. Del Pilar in Chronological Order 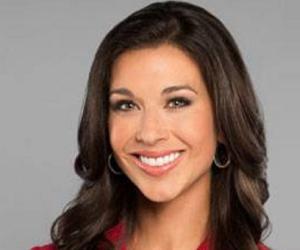