Advanced Search
Max Karl Ernst Ludwig Planck or simply Max Planck was a German scientist and theoretical physicist who brought about a paradigm shift in the study of physics in the late 19th century with his quantum theory of physics. When he was a student in school, Planck displayed a great talent in music and could have studied music; however, he changed his mind later on and decided to study physics. Planck held positions at the University of Munich, University of Berlin and the University of Kiel during his illustrious career and also collaborated with some of the leading scientist of his day. Planck’s greatest contribution in physics was the introduction of quantum physics as a distinct branch of physics in the late 19th century; he won a Nobel Prize in Physics in 1918 for his quantum theory. Planck was also pivotal in bringing together all the different physics societies in Germany under one roof with the establishment of the Physical Societies of Germany that led to greater collaboration between physicists in the country. Gerd Binnig
DID WE MISS SOMEONE?
CLICK HERE AND TELL US
WE'LL MAKE SURE
THEY'RE HERE A.S.A.P
Quick Facts

German Celebrities
German Men
Humboldt University Of Berlin
Ludwig Maximilian University Of Munich
Male Physicists
Childhood & Early Life
Max Karl Ernst Ludwig Planck was born on 23 April 1858 in Kiel, Duchy of Holstein. His father, Johann Julius Wilhelm Planck, was a professor in law, and his mother, Emma Patzig, was his father’s second wife.
Planck’s family of eight including Max Planck’s five other siblings settled down in Munich, in 1867. In Munich, Planck took admission in the Maximilians Gymnasium School where he was tutored in mathematics, astronomy and physics by a mathematician named Hermann Muller. He graduated from school when he was 17.
Although Planck was a gifted musician and held a keen interest in it throughout his life; he decided against pursuing a career in music since he realised that he was equally fascinated with the subject of physics. In 1874, Max Planck took admission in the University of Munich in order to study physics.
Planck spent a year at the University of Berlin in 1877 since the university was known to be the stomping ground of the eminent physicists like Hermann von Helmholtz and Gustav Kirchoff. But he was not impressed by what he saw. He returned to Munich the following year and in 1879, when he was only 21, he was awarded his doctoral degree for the thesis related to the second law of thermodynamics. 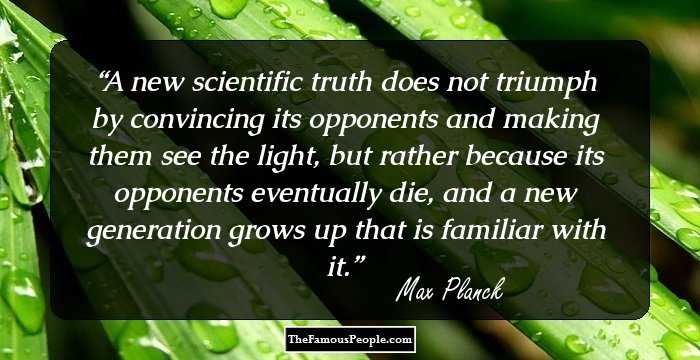 Continue Reading Below
Career
Max Planck submitted his habilitation thesis at the University of Munich in the year 1880 and was appointed as a lecturer of physics at the University. In 1885, the University of Kiel appointed him as an associate professor.
In 1889, following the death of Gustav Kirchhoff, a position was vacant at the University of Berlin and Max Planck was invited to fill that position. In 1892, Planck was appointed as a full professor there and continued to work in Berlin till the end of his career.
Max Planck started working on black body radiation in 1894 at the behest of corporations which wanted to produce light bulbs that produced a lot of light but without consuming too much electricity. After a period of doubt and frustration when the work could not be accomplished; Planck came up with the Planck black-body radiation law six years after first starting work on the project.
In his quest to prove the Planck black-body radiation law; Planck went through several approaches and finally settled on one that could be regarded as the first time that the concept of quantum physics was propounded. It was something completely different from the known studies of physics at the time and his thoughts on quantum theory was laid down in the book ‘Thermodynamics’ published in 1897 as well as in the book ‘Theory of Heat Radiation’ published in 1906. He was awarded the Nobel Prize in Physics for opening up this particular branch of physics.
After being appointed as a professor at the University of Berlin, Max Planck wanted to bring together all the physical societies present in his native Germany under one roof and it was because of him that the Physical Societies of Germany came into being in the year 1898. Planck also served as the President of the society for four years later on.
Max Planck retired from the University of Berlin in 1928 and his later years were largely unhappy due to the rise of the Nazis under Adolf Hitler. Although he was completely at odds with the philosophy of the Nazis he decided to stay back in Germany and asked other scientists to do as well. 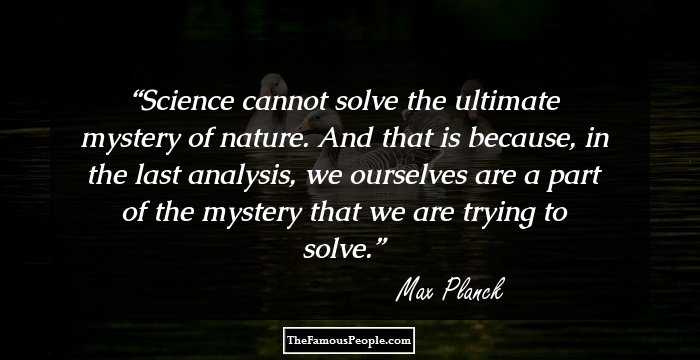 Quotes: Nature, Trying
Major Works
Max Planck is without doubt one of the greatest physicists ever and his greatest work has to be the tenuous research that he conducted on quantum physics that opened up an altogether new branch of study in the subject.
Awards & Achievements
Max Planck was awarded the Nobel Prize in Physics in 1918 for establishing a new branch of study in physics.
He was awarded the coveted Lorentz Medal in 1927 and the Copley Medal in 1929. 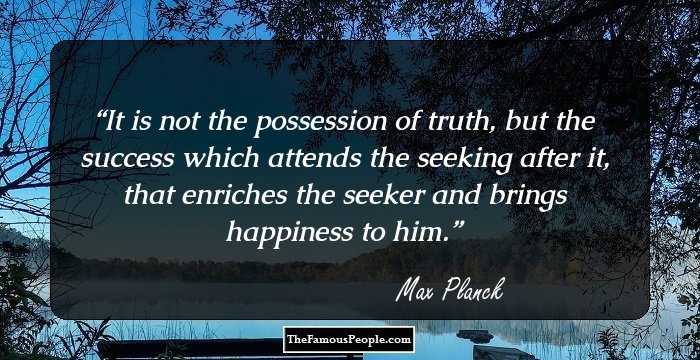 See the events in life of Max Planck in Chronological Order