Advanced Search
Lal Bahadur Shastri was an Indian political leader who served as the second prime minister of the Republic of India. Influenced by prominent Indian national leaders like Mahatma Gandhi and Jawaharlal Nehru, he took part in the Indian independence movement in the early-1920s. Before becoming the prime minister of India, he served in a number of other departments like the railway ministry and the home ministry. With his policies of non-alignment and socialism, and influences of Nehruvian socialism, Shastri became one of the most loved political leaders of all time. He coined the famous slogan “Jai Jawan Jai Kisan” during the ‘Indo-Pakistan War’ of 1965. His death is still considered a mystery for no one knows under what circumstances he died. He died on 11 January 1966, a day after signing the ‘Tashkent Agreement,' the formal declaration of the end of Indo-Pak war. He is the only Indian prime minister to have died in office overseas (Soviet Union). He became the first person to be posthumously awarded India's highest civilian honor ‘Bharat Ratna.’ Indian Celebrities
Political Leaders
Indian Men
Libra Leaders
Male Leaders
Childhood & Early Life
Shastri was born on 2 October 1904, in Varanasi, Uttar Pradesh, British India, to Sharada Prasad and Ramdulari Devi. His father was a clerk in the Revenue Office of Allahabad. He died when Shastri was only a year old. He was raised along with his two sisters.
He studied at the ‘East Central Railway Inter College’ and later graduated from ‘Kashi Vidyapeeth’ in 1926. Soon after, he joined the ‘Servants of the People Society’ which was founded by Lala Lajpath Rai, a prominent nationalist leader. 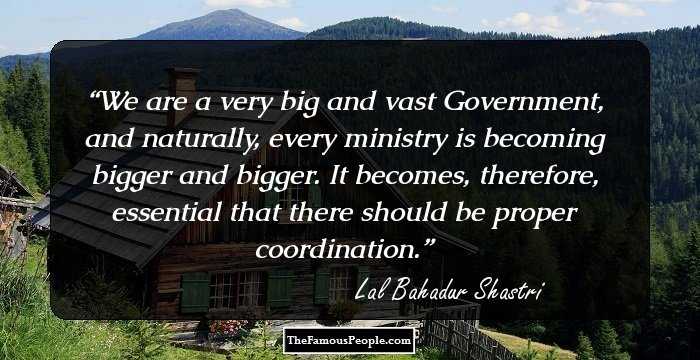 Continue Reading Below
Career
Shastri became part of Indian independence movement in the 1920s and was driven by the ideas of Mahatma Gandhi. He joined Gandhi’s famous ‘Salt Satyagraha’ in 1930, for which he was sent to the prison for two and a half years.
Being sent to the prison did not deter him from working as the Organizing Secretary of the Parliamentary Board of U.P. in 1937. He was once again sent to the prison for a year for being part of the nationalist ‘Satyagraha’ movement.
He was again imprisoned in 1942 for joining Mahatma Gandhi’s ‘Quit India Movement’ and instructing freedom fighters from Jawaharlal Nehru’s house. This time, he was imprisoned for four years.
In 1947, Shastri was appointed the Police and Transport minister of Uttar Pradesh.
He was made the General Secretary of the All-India Congress Committee in 1951. The following year, he was elected to ‘Rajya Sabha’ and was made the Minister of Railways and Transport.
Although the Railways and Transport of India flourished under him, he resigned from the post in 1952, taking responsibility for a railway accident in Tamil Nadu in which approximately 112 people died.
In 1957, he was once again elected to the cabinet as the Commerce and Industry minister. Within four years, he was chosen for the prestigious post of Home Minister.
When Jawaharlal Nehru, the then prime minister of India, died in office in 1964, the ‘Congress Party’ President K. Kamaraj put Shastri’s name forward for the post of prime minister. Shastri was elected the prime minister of India the same year.
As the Prime Minister, Shastri led the country during the India-Pakistan war in 1965. It was during this war that he coined the slogan “Jai Jawan Jai Kishan.” It soon became a national slogan.
Continue Reading Below
After the ceasefire with Pakistan was declared in 1965, he attended a summit in Tashkent with the Pakistani President Muhammad Ayub Khan. The following year, both the leaders signed the ‘Tashkent Declaration.’ 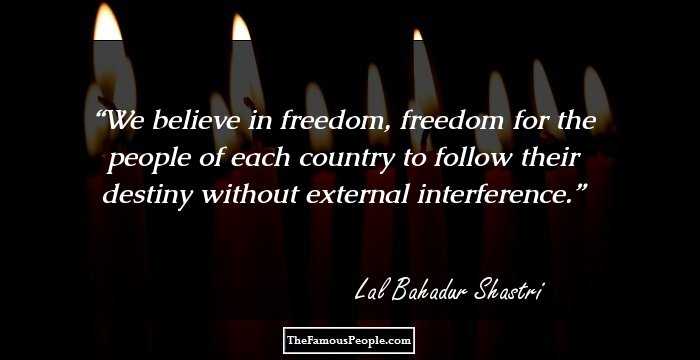 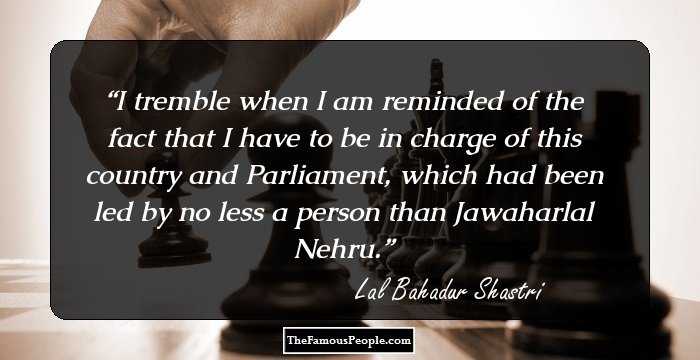 Personal Life & Legacy
Shastri married Lalita Devi from Mirzapur, Uttar Pradesh, in 1928. He had six children with her—Kusum, Hari Krishna, Suman, Anil, Sunil, and Ashok. The family lost Ashok when he was 37 years old.
Shastri died in Tashkent in 1966, the day after signing the ‘Tashkent Declaration,’ reportedly due to heart attack, but his death remains a mystery.
Trivia
‘The National Dairy Development Board’ was formed in 1965 during Shastri’s reign as prime minister.
The International airport in Varanasi is named after him.