Jose Napoleon Duarte was the President of El Salvador from 1984 to 1989. He was a major political figure even before he became the president and had served as the mayor of San Salvador during the late 1960s. A principled man who genuinely cared about the welfare of his citizens, he played a key role in establishing new schools and providing basic amenities to the people during his tenure as the mayor. Following his successful stint as the mayor, he first ran for the presidency during the early 1970s. He was popular and well respected by the people and thus his election seemed likely. However, the incumbent military administration did not want him to win and thus halted the elections. Duarte supported a group of left-wing military officers in an attempted coup d'état in a bid to overthrow the government and was arrested and tortured because of this. He was also forced to go into exile in Venezuela for several years. But ever the resilient man, he came back to his homeland, determined to bring about a change. He again ran for presidency in 1984 and was successful in defeating ARENA party leader Roberto D'Aubuisson. As president he implemented measures to control the civil war and attempted to bring down the level of poverty in his country. 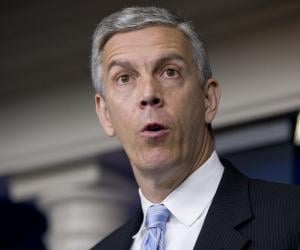 Salvadoran Celebrities
Political Leaders
University Of Notre Dame
Male Leaders
Male Engineers
Childhood & Early Life
Jose Napoleon Duarte was born on 23 November, 1925, in Santa Ana, El Salvador. His father was Jose Jesus Duarte, a tailor, and his mother’s name was Amelia. His father and mother were not formally married and had several other children in addition to him.
His father had political aspirations but was unsuccessful in his attempts to get into politics. In fact, his father’s political ambitions caused him to go bankrupt and even led to his arrest.
He studied at the Liceo Salvadoreño and in his senior high school year (1944), he took part in the student protests against the then-President General Maximiliano Hernández Martínez. The next year he crossed the border into Guatemala to join the opposition in exile. His political activities worried his parents who feared for his safety.
His parents decided to send him to the United States to study. He was thus sent to the University of Notre Dame in Indiana to study civil engineering. As a student he developed a liberal political approach and his stay in the US helped refine his socio-political thoughts.
He worked hard throughout his college years, supporting himself by doing dishes and laundry. He graduated in 1948 and returned to San Salvador.
Continue Reading Below
You May Like

The Best Black Actresses Of All Time
Career
Married by now, Jose Napoleon Duarte started working at his father-in-law's construction firm in San Salvador. He also took up a teaching post at the same time. Over the next several years he was content with his jobs and took little interest in politics.
His early interest in politics was rekindled in 1960 when a leftist-supported coup d'état overthrew the government of Col. José María Lemus who had been in power since 1956.
The country was thrown into political turmoil and Jose Napoleon Duarte joined other like-minded Salvadorans to found the centrist Christian Democratic Party (Partido Demócrata Cristiano; PDC), which opposed the ruling National Conciliation Party (Partido de Conciliación Nacional; PCN).
He was made the party’s first secretary general. Over the next few years, the party grew rapidly and became very popular among the educated urban population. Duarte, as a principled and charismatic politician easily won the election in 1964 as mayor of San Salvador.
He proved himself to be an able mayor who genuinely cared about the citizens and was conveniently re-elected to the post in 1966 and 1968. His successful stint as a mayor motivated him to aim higher, for presidency. Thus he resigned as a mayor in 1970 to run for the president.
He ran in the February 1972 presidential election under a political grouping called the United National Opposition (UNO). Because of his popularity, it was generally believed that he would win the election. However, the incumbent military administration halted the election and declared Arturo Armando Molina the winner even though Duarte was said to have received a majority of the votes.
The election was viewed as fraudulent and he, along with some left-wing military officers attempted a coup d'état in March 1972. But they were unsuccessful and he was arrested and tortured. He was even condemned to death for high treason but Molina was pressurized by international forces to grant him exile.
Duarte went into exile in Venezuela and was employed as an engineering advisor there. He was also given posts in the international Christian Democratic movement.
He once attempted to return to his motherland in 1974 but was promptly arrested and sent back to Venezuela. However, the situations in El Salvador changed when a Revolutionary Government Junta (JRG) took over the control of the government in what was the beginning of a full scale civil war.
Continue Reading Below
Duarte returned to El Salvador in 1980 and joined the Junta and became politically active.
In 1984, he ran for presidency as the PDC candidate and won the election. He assumed office as the President of El Salvador on 1 June 1984.
As president, he tried his best to end the civil war by "dialogue without arms", though he failed in this endeavor. He also tried to implement many progressive reforms in order to bring down the level of poverty and to facilitate socio-economic development of the nation.
He held several idealistic dreams for his country and tried his very best to make them a reality, but the turbulent political situation in his country prevented him from realizing any of his dreams. He handed over his power democratically to Alfredo Cristiani in June 1989 as he was unable to fulfill his duties due to his failing health.
Major Works
During his tenure as mayor, he started Adult Evening Schools to impart technical skills to adult workers.
As president, he made a determined effort to end the civil war by initiating “dialogue without arms” with the rebel guerrillas.
Personal Life & Legacy
He had been in love with a girl in his neighborhood, Maria Inés Durán, since childhood. He married her upon his return from the US after completing his studies. The couple went on to have six children.
Jose Napoleon Duarte was diagnosed with advanced stomach cancer in June 1988 and underwent treatment in the US.
He died on 23 February 1990, at the age of 64.
Recommended Lists:
Leaders #4477
Engineers #424
You May Like 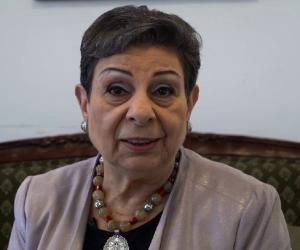