Advanced Search
A quote by Kennedy, ‘Do not pray for easy lives. Pray to be stronger men’, perfectly summarizes his philosophy of life. A man with a futuristic vision, John Fitzgerald Kennedy served as the 35th President of the United States. Born in an elite, politically involved Catholic family of Boston, Kennedy was elected as President at the age of 43. Before taking up the office of the President, Kennedy served in the U.S. House of Representatives and the US Senate. He defeated Vice President and Republican candidate Richard Nixon to become the President of the United States. He was the youngest President elected and the first Roman Catholic to hold the prestigious office. Kennedy is known to have played an influential role in revolutionizing American politics. Though the initial days of his presidency brought out a negative image of the Kennedy-ruled White House, due to the Bay of Pigs fiasco and inimical Cold War, it was due to his skilful statesmanship and confident approach that he earned the title of a compelling, charismatic leader. American Celebrities
Political Leaders
American Men
Harvard University
Male Leaders
Childhood & Early Life
John Fitzgerald Kennedy was second of the four children of Joseph P. Kennedy and Rose Fitzgerald. While his father was a banker, later serving as the Chairman of the Securities and Exchange Commission and Ambassador to Great Britain, his mother was a debutante.
Born in Brookline, young Kennedy completed his preliminary education from various schools, before the family shifted base to New York. Mischievous and playful, he excelled in English and history - subjects he had profound interest in, but remained a mediocre student overall.
Following his elder brother, Kennedy attended The Chaote School for his higher education. He graduated from the same in 1935 and wished to enrol himself at the London School of Economics. But his constantly failing health forced him to return to America where he sought admission at the Princeton University.
After spending a semester in Princeton, Kennedy moved to Harvard in 1936. His academic life at Harvard was a replica of his former years – he excelled in subjects that he loved but remained an average student on an overall basis due to his diversified interest.
With time, Kennedy developed an interest in political philosophy which made him serious about education. He completed his thesis in 1940 on ‘Appeasement of Munich’, which was so well received that it was turned to a book under the title ‘Why England Slept’. The book became a bestseller. Same year, Kennedy graduated from Harvard with a Bachelor of Science cum laude in international affairs. 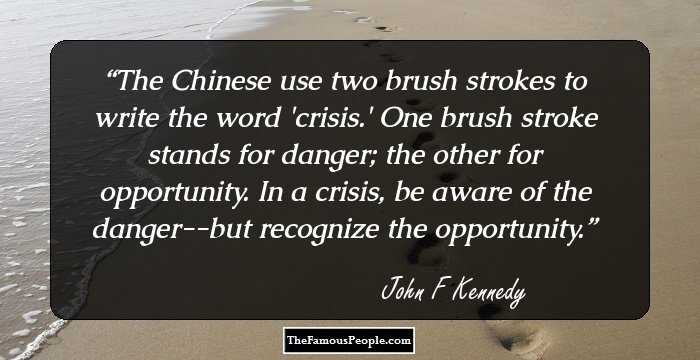 Continue Reading Below
Years at Military
Though Kennedy wished to join the army, his chronic lower back problem disqualified him medically for the same due to which Kennedy found himself a place in the US Navy.
Post attending the training session at the Naval Reserve Officer Training Corps and Motor Torpedo Boat Squadron Training Center, Kennedy was posted to Panama and later Pacific theatre, where he earned the title of Lieutenant of a PT boat.
In 1943, Kennedy’s boat was rammed by a Japanese warship. Unwilling to surrender, he showed utmost courage and bravery and rescued his crewmen to a nearby island from where they were saved six days later. The effort earned him the Navy and Marine Corps Medal for ‘extremely heroic conduct’ and a Purple Heart for the injuries he suffered.
The same year (1943), Kennedy assumed command of a gun boat which participated in a Marine rescue on Choiseul Island. The following year, he returned to America where he sought medical treatment and released himself from the duty. 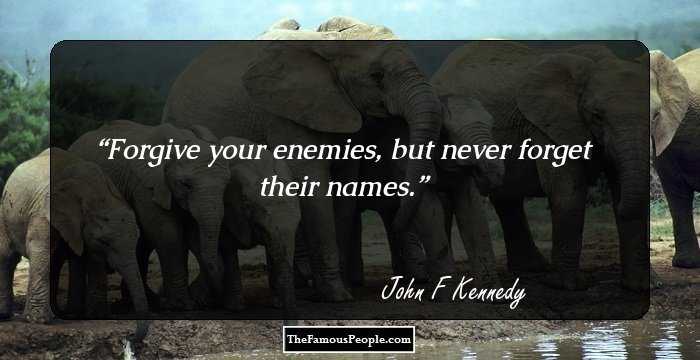 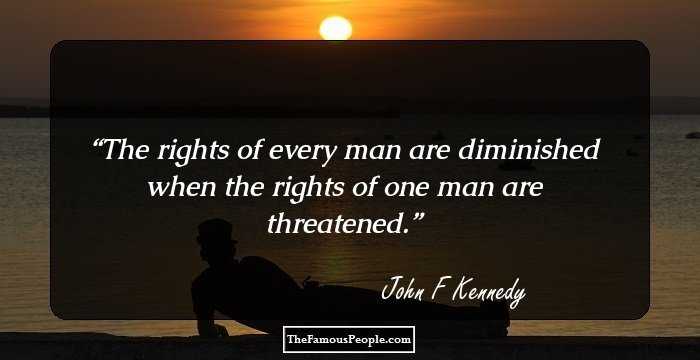 Awards & Achievements
The Chief Herald of Ireland presented Kennedy with the grant of arms in 1961. The design of the arms symbolized those present in the coats of O'Kennedys of Ormonde and the FitzGeralds of Desmond, from which the family descended.
Posthumously, Kennedy was proffered with the Pacem in Terris Award. The Latin for ‘Peace on Earth’ - the award was named after a 1963 encyclical letter by Pope John XXIII that calls upon all people of goodwill to secure peace among all nations.
Personal Life & Legacy
Kennedy met his future wife, Jacqueline Bouvier at a dinner party. He was a congressman then. A year later, after being elected as the Senator, Kennedy walked the aisle with Jacqueline on September 12, 1953.
The couple was blessed with four children - Arabella, Caroline B., John F., Jr. and Patrick B., two of which died in infancy. Till date, Carolina is the only surviving member of Kennedy’s immediate family.
Kennedy was involved in a number of extra-marital relationships both before and after his marriage to Jacqueline. Some of the women he had been flirting with were Inga Arvad, Gene Tierney, Marilyn Monroe, Gunilla von Post, Judith Campbell, Mary Pinchot Meyer, Marlene Dietrich, Mimi Alford, and Pamela Turnure.
Kennedy was on his political tour to Texas to smoothen relations between liberals and conservatives, when he was shot dead. He faced three gun-shots, one in the throat, one in the upper back and one in the head.
Continue Reading Below
Immediately thereafter, he was taken to Parkland Hospital but failed to survive. Lee Oswald, working with the Texas School Book Depository from which the shots were suspected to have been fired, was charged of the assassination. He was put to death by Jack Ruby, who, in turn, was arrested and jailed.
Four days after his death, a Requiem Mass was organized for Kennedy at the Cathedral of St. Matthew the Apostle. Thereafter, he was put to rest in a small plot in Arlington National Cemetery.
In 1967, Kennedy’s body was moved to a permanent burial plot and memorial at the Cemetery. His grave was lit with an eternal flame. The 37th Cadet Class of the Irish Army served as the honor guard at John Kennedy's graveside.
Following his assassination, the Canadian government honoured Kennedy by naming a mountain, Mount Kennedy. In 1965, Robert Kennedy climbed the top of the mountain to plant a banner of arms at the summit.
Kennedy has to his name numerous educational institutions around the globe including John F. Kennedy School of Government and John F. Kennedy University. Additionally, there are more than hundreds of schools, colleges that were named in his honor in England, Greece, Mauritius, Netherland, California and so on.
The New York International Airport was renamed John F. Kennedy International Airport on December 24, 1963. Furthermore, John F. Kennedy Memorial Airport in Ashland, Wisconsin is named after him. The NASA Launch Operations Center at Cape Canaveral was renamed the John F. Kennedy Space Center.
Numerous buildings, roads and bridges across the globe including Asia, Europe, France, Germany, Italy, Netherlands, Spain have been named after John F Kennedy
Trivia
Nicknamed JFK and Jack, he served as the 35th President of the United States.
He is the only American president to win a Pulitzer Prize for his work, Profiles in Courage, in the year 1957.

See the events in life of John F. Kennedy in Chronological Order