Joe Biden is the 46th and current president of the United States of America. He assumed the charge on 20 January 2021. Biden is the oldest person ever elected to the White House. He served as the 47th vice president of the United States from 2009 to 2017. Before becoming the Vice President, he had represented Delaware as a United States Senator from 1973 to 2009. Born in a middle-class family in Pennsylvania, Joe Biden learned the value of hard word, determination and perseverance from his parents who always encouraged him to stand up for himself and bounce back after failures. As a child he used to stammer but he overcame this problem by memorizing and reciting long passages in front of the mirror. He went on to study law and also developed interest in politics. He joined the Democratic Party and became active in politics alongside managing his legal career. He won the 1972 U.S. Senate election in Delaware when he was just 29 and assumed office the next year. A devastating family tragedy threatened to end his career, but he persevered on bravely. He proved to be a popular senator and set his ambitions higher. He was selected as the running-mate for presidential nominee Barack Obama in 2008 and the Obama-Biden ticket went on to win the election. They won again in 2012. In 2019, Joe Biden announced his bid for the candidacy of the Democratic presidential nominee for 2020 election. In 2020, he was chosen as Democratic Party's presumptive nominee for the presidential election. Joe Biden picked Kamala Harris as his vice presidential candidate and defeated the incumbent Donald Trump in a bitterly fought election. American People
Political Leaders
American Men
Syracuse University
University Of Delaware
Childhood & Early Life
Joe Biden was born on November 20, 1942, to Catherine Eugenia "Jean" and Joseph Robinette "Joe" Biden, Sr. as the eldest of their four children. He was raised a Catholic. His father was a used car salesman who also cleaned furnaces for extra income.
He attended the Archmere Academy in Claymont and graduated in 1961. He was a mediocre student, but displayed exceptional leadership qualities from a young age and was elected the class president during his junior and senior years. He was also a talented football player.
He then went to the University of Delaware, where he studied history and political science and continued playing football. During his initial years in college he was more interested in socializing and having fun than he was in academics.
He fell in love with a girl while in college and this spurred him to become more serious about life. He started working hard and was accepted into the Syracuse University Law School upon his graduation from the University of Delaware in 1965. He got married the next year while still a student. He graduated from law school in 1968. 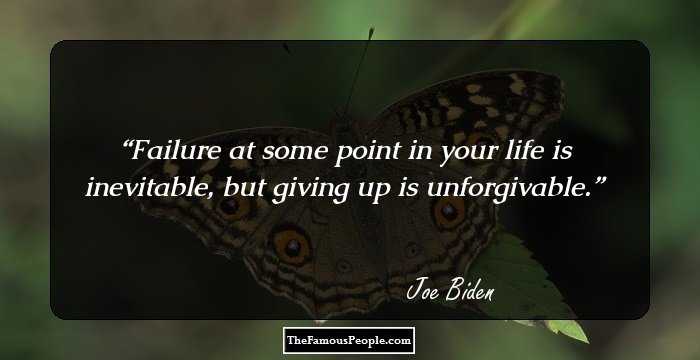 Quotes: Life
Continue Reading Below
Career
He moved to Delaware to embark on a legal career and began practicing at a law firm. During this time he also became active on the political scenario as a member of the Democratic Party and in 1970 he was elected to the New Castle County Council.
He ran for the United States Senate in 1972 as a representative of Delaware against the Republican incumbent J. Caleb Boggs and won the election. At 29, he was the fifth-youngest U.S. senator elected in the nation's history.
A devastating tragedy struck the young man when his wife and children became the victims of a terrible automobile accident. His wife and daughter died while his two sons were badly injured. Biden was grief-stricken, yet he took the oath of office on January 5, 1973.
The next few years were very difficult for him as he had to manage his political career along with his responsibilities as a single parent to his boys. In spite of his personal tragedies he fulfilled his political duties diligently and gained the respect of his colleagues.
Over the next few years he established himself as a hard working and ambitious politician. As the senator he formulated several foreign and domestic policies and served as chairman of the Committee on Foreign Relations for several years, gaining acclaim as one of the Senate’s leading experts on foreign policy.
In addition to foreign policy, Biden played a pivotal role in issues regarding criminal justice and drug policy. He served on the Committee on the Judiciary and chaired the committee from 1987 to 1995. He was also was a member of the International Narcotics Control Caucus.
Biden had once unsuccessfully pursued the Democratic presidential nomination in 1988. Two decades later, he once again declared his candidacy for president in 2007. However he did not gain much support and dropped out of the race.
The Democratic presidential nominee Barack Obama had cordial relations with Biden and respected him for his years of political experience. He selected Biden to be his running-mate in the 2008 U.S. presidential election. The Obama-Biden ticket won the election.
On January 20, 2009, Obama was sworn in as the 44th U.S. President and Biden assumed office as the 47th Vice President. With his long years of experience as a senator, Biden played a major role in helping the president stabilize the American economy in the wake of the global economic recession.
Continue Reading Below
The Democrats Obama and Biden proved to be very popular among the citizens in their respective positions as the President and Vice President and were easily re-elected to a second term in 2012. In his second term Biden was chosen by Obama to head the Gun Violence Task Force, and he drafted certain actions that the President could take for reducing gun violence.

Joe Biden defeated incumbent Donald Trump in a bitterly fought election. He got 306 electoral votes as compared to Trump's 232.�

Joe Biden assumed the office of the President of the United States on 20 January 2021. 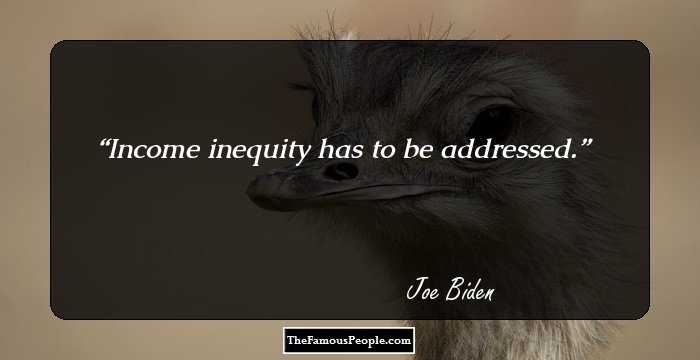 Major Works
Joe Biden served as the Senator from Delaware for 36 years during which he established himself as an expert in U.S. foreign policy. On the domestic front he is famous for his work on criminal justice issues, especially the 1994 Crime Law and the Violence Against Women Act.
Assuming office as the Vice President at the time when the nation was reeling under the effects of a global recession, Biden was entrusted with the responsibility of implementing and overseeing the American Recovery and Reinvestment Act, which has helped to rebuild the U.S. economy.
Awards & achievements
Joe Biden has received honorary degrees from several prestigious institutions including University of Scranton (1976), Saint Joseph's University (1981), Widener University School of Law (2000), Emerson College (2003), and University of Delaware (2004).
Continue Reading Below
In 2005, he received the George Arents Pioneer Medal, Syracuse's highest alumni award, "for excellence in public affairs."
Biden received The Golden Medal of Freedom award from Kosovo in 2009 for his vocal support for their independence in the late 1990s. 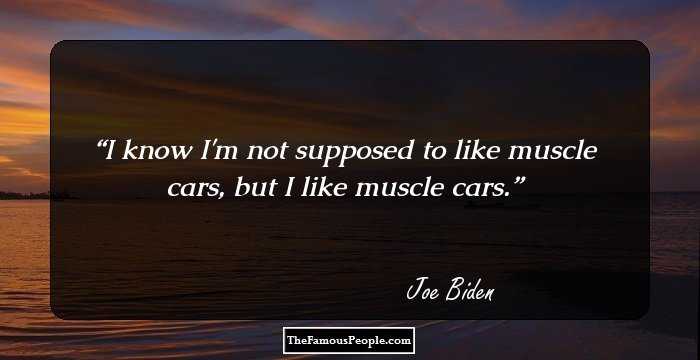 Quotes: Like
Personal Life & Legacy
While at college he fell in love with Neilia Hunter and married her on August 27, 1966, while still a law student. The couple had two sons and one daughter. Neilia and their daughter died in a tragic accident in 1972, leaving behind a grief-stricken Biden to care for the surviving children.
In 1975 Biden met Jill Tracy Jacobs who gave a new meaning to his life. The couple eventually fell in love and got married in 1977. The couple has one daughter.
Tragedy again struck Joe Biden on May 30, 2015, when his son Beau Biden died of brain cancer, at the age of 46.
Trivia

Joe Biden the oldest person ever elected to the White House.

Biden is just the second Catholic to be elected US president, after John F. Kennedy.

He is the second non-incumbent vice president to become President-elect of the United States, after Richard Nixon in 1968.

See the events in life of Joe Biden in Chronological Order