James Connolly was an Irish socialist leader who worked for the rights of workers in several industries in Ireland and also agitated for Irish independence that has given him the unique position in history as the first real Irish political force of modern times. Although Connolly grew up in Edinburgh, Scotland as an Irish immigrant he never let go of his identity and during his stint in the British Army he became acquainted with the issues in Ireland. Connolly decided to quit the Army and devoted his life to socialist politics, first in Edinburgh and later in Dublin. He also had a stint in the United States in the early part of the 20th century and helped in establishing a socialist political body in a country that did not have a strong tradition of socialist politics. Connolly went from one cause to the next throughout his life and is regarded as one of the most influential Irishmen of his generation. In fact, following his time in socialist activism and politics, he became a part of the Irish independent movement that often turned violent. Connolly became a key member of that movement and that was what that finally led to his incarceration.
Continue Reading Below British Celebrities
Male Leaders
Gemini Leaders
British Leaders
British Political Leaders
Childhood & Early Life
James Connolly was born on June 5, 1868 in an Irish family to John Connolly and Mary Connolly in Edinburgh, Scotland. He was born in the area known as Cowgate that was primarily populated with immigrants from Ireland. In fact, Cowgate used to be called ‘Little Ireland’ by the locals.
Connolly’s father was a manual labourer like his grandfather and money was scarce; which is why he had to quit school in the year 1878 at the age of 10. He quit school and started working as a labourer in Edinburgh.
Connolly’s brother John Connolly had joined the British Army in order to earn a better living and he decided to follow suit in the year 1882. At the age of 14, James Connolly joined the British Army but only after having lied about his age and real name. He used the name Reid.
As fate would have it; James Connolly was deployed in Ireland and it was during that time that he became aware of the different issues affecting the lives of Irish people. It was during this stint that he developed a keen dislike for the British defence forces and he deserted the army in 1889. 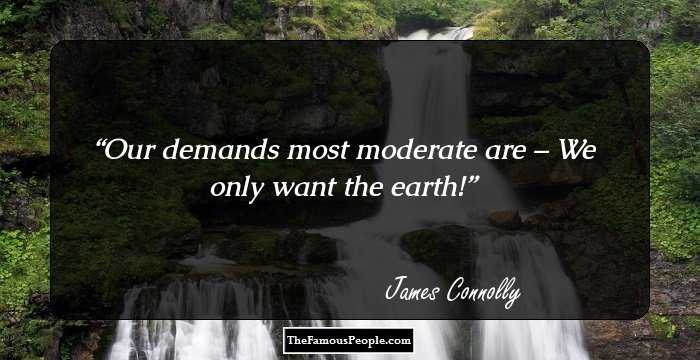 Who Is The Most Popular BTS Member?
Career
Having left the British Army, James Connolly returned to his native Edinburgh in the year 1890 and got involved in the Socialist Movement fronted by the Scottish Socialist Federation. Five years after returning he also set up a cobbler’s shop but that did operation did not bring him much money.
John Connolly, James’s elder brother lost his employment with the Edinburgh Corporation in 1895 after he had campaigned aggressively for an 8 hour work day as the secretary of the Scottish Socialist Federation. That was when James Connolly stepped forward and replaced his brother as the secretary.
In late 1895, James Connolly managed to secure the job of a secretary at the Dublin Socialist Club and that allowed him to relocate to Dublin, the country of his origins. The club metamorphosed into the Irish Socialist Republican Party shortly after and Connolly soon became a key member of the party.
In 1903, Connolly moved to New York in the United States having grown disillusioned with the progress or the lack of it of the Irish Socialist Republic Party. Connolly was the founder of the Irish Socialist Federation in the city of New York and he also became member of key American socialist organisations like Socialist Labor Party of America and Industrial Workers of the World.
James Connolly returned to Ireland in the year 1910. He became the assistant of James Larkin and served him at the Irish Transport and General Workers Union. Two years later he founded the Irish Labour Party along with James Larkin.
In 1914, Connolly became the head of the Irish Transport and General Workers Union and under his leadership the union, which represented the ideals of the Irish left, opposed the Allied forces since they believed that all countries in that union were capitalist economies.
In 1916, James Connolly became involved in the Irish independence movement when his Citizen Army collaborated with the Irish Volunteers to declare an Irish republic after they had taken over the General Post Office in Dublin. The movement was nipped in the bud and Connolly was sentenced to death following a court martial. 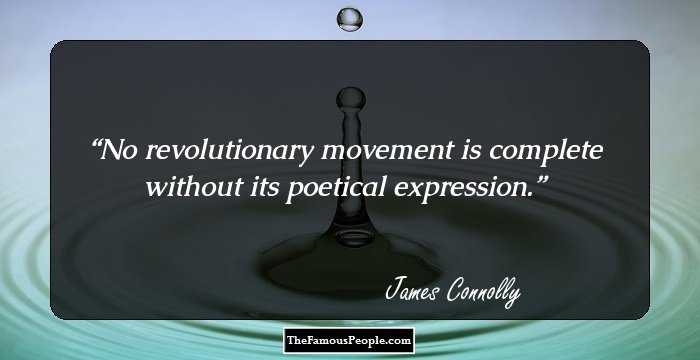 Major Works
James Connolly led a life of activism and a relentless fight for labour reforms against the big businesses of the day. In that regard, it must be said that his contributions towards the establishment of the Irish Labour Party that went on to become a political force has to be his most important work.
Awards & Achievements
Although James Connolly did not get any honours during his lifetime; he was rightly been considered as one of the most influential voices of the left. He was named among the 100 most influential Britons by BBC in the poll they conducted in 2002. 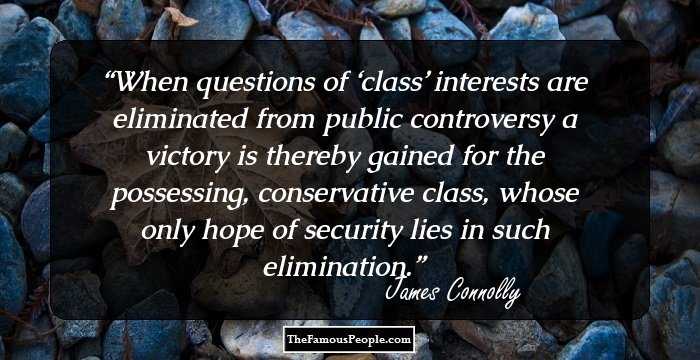 Quotes: Hope
Personal Life & Legacy
James Connolly got married to Lillie Reynolds, a governess, in the year 1890. The couple had six children; among whom Nora Connolly O’Brien went on to become a well-known writer while his son Roddy Connolly became a socialist politician.
Following his involvement in the violent takeover of the General Post Office in Dublin, James Connolly was sentenced to death and on May 12, 1916 he was executed by a firing squad.
You May Like

See the events in life of James Connolly in Chronological Order