(Party leader of the Labour Party)

Keir Starmer is a British barrister and politician who has been serving as the leader of the Labour Party and of the opposition since April 2020. He has also been serving as the MP of Holborn and St. Pancras since 2015. He served as the shadow minister for immigration till 2016 and as the shadow secretary of state for Brexit till 2020. During his legal career, he focused on human rights issues and was against the death sentence, especially in the Caribbean countries. From 2008 to 2013, he served as the head of the Crown Prosecution Service and the Director of Public Prosecutions. In the 2015 general election, he won and became a Labour MP. He has written numerous books and has received countless honors, including the knighthood. He is married and has two children. David Cameron
2nd September In History
DID WE MISS SOMEONE?
CLICK HERE AND TELL US
WE'LL MAKE SURE
THEY'RE HERE A.S.A.P
Quick Facts

awards: Knight Commander of the Order of the Bath

Keir Rodney Starmer was born on September 2, 1962, in Southwark, London, U.K., to Josephine (née Baker) and Rodney Starmer. Keir grew up in Oxted, a town in Surrey

Keir was the second of the four children of his parents. His mother worked as a nurse, while his father was a toolmaker. Josephine suffered from Still's disease. His parents named him after Keir Hardie, the first Labour MP.

After clearing the 11-plus examination, Keir joined the Reigate Grammar School. Keir was active in Labour politics even in his teenage years. He was also part of the East Surrey Young Socialists.

Till the age of 18, he was also part of the Guildhall School of Music and Drama, where he played the flute, recorder, piano, and violin.

Keir then joined the University of Leeds, where he studied law. In 1985, he graduated with a first class LLB degree.

He then joined the postgraduate law course at St. Edmund Hall, Oxford. In 1986, he graduated with a Bachelor of Civil Law (BCL) from the University of Oxford.

From 1986 to 1987, Keir served as an editor of the magazine Socialist Alternatives.

In 1987, Keir Starmer became a barrister at the Middle Temple. He was made a bencher in 2009. In his legal career, Keir was mainly known for his work on human rights issues. He worked for David Morris and Helen Steel in the McLibel case in 1997.

In 2002, he was appointed as the Queen's Counsel. The same year, he was made the head of Doughty Street Chambers.

Keir also worked as a human rights advisor to the Association of Chief Police Officers and the Northern Ireland Policing Board.

From 2002 to 2008, Keir served as part of the Foreign Office Death Penalty Advisory Panel. He has been part of the Bar in many Caribbean countries and worked for defendants sentenced to death.

His efforts eventually led to the abolition of the mandatory death penalty in such countries. He also worked with many African lawyers for the same purpose. In 2005 he urged the House of Lords to make evidence obtained by torture invalid in court.

In 2007, the U.K. legal directory declared him the "QC of the Year." In July 2008, Keir was named the head of the Crown Prosecution Service (CPS) and the Director of Public Prosecutions by Attorney General Patricia Scotland. On November 1, 2008, Keir took over his duties from Ken Macdonald.

In February 2009, Keir decided not to prosecute any policeman for the shooting of Jean Charles de Menezes.

In July 2010, Keir Starmer declared he would not prosecute police officer Simon Harwood for Ian Tomlinson’s death. Following protests and an inquest, it was revealed that Ian had indeed been unlawfully killed. Keir thus declared that officer Simon would be prosecuted for manslaughter. Though Simon was acquitted later, he was dismissed from the police force.

In February 2012, Keir declared that energy secretary Chris Huhne and his ex-wife, Vicky Pryce, were to be prosecuted for tampering with the course of justice. The case led to Chris’s resignation.

The same year, journalist Nick Cohen alleged that Keir had allowed the prosecution of Paul Chamber in the "Twitter Joke Trial.” Chamber's conviction was rejected after his third appeal.

In November 2013, Keir left his position, with Alison Saunders replacing him. The same month, the Labour Party declared that Keir would be in charge of an enquiry into modifying the law to give more protection to victims of rape and child abuse.

In December 2014, Keir Starmer was chosen to be the Labour Party candidate from Holborn and St. Pancras, after the incumbent MP, Frank Dobson, decided to retire. In the 2015 general election, Keir won with a majority of 17,048 votes.

After Ed Miliband resigned, people expected Keir to contest in the Labour Party leadership election in 2015. However, Keir stayed away from contesting, as he believed he did not have enough political experience.

Keir supported Andy Burnham instead. Andy lost to Jeremy Corbyn. Jeremy later appointed Keir as a shadow minister for immigration. In 2016, Keir resigned from the post, along with many other MPs, as a mark of protest against Jeremy’s leadership.

On October 6, 2016, Keir was appointed as the shadow secretary of state for Brexit, replacing Emily Thornberry. Thus, Keir resigned from a law firm specializing in human rights, Mishcon de Reya LLP, where he had been working as a legal consultant.

Keir raised questions on the government's Brexit plans, calling for a public declaration of such plans. On December 6, 2016, the then-prime minister, Theresa May, stated the Brexit plans would be made public. Keir also argued that there could be a “legal vacuum” in case Britain opted for a no-deal Brexit.

After the Labour Party's defeat in the 2019 general election, Jeremy Corbyn declared he would resign as the leader of the party. Following this, Keir announced he would contest in the leadership election. He was supported by a lot of MPs and the trade union Unison.

He won and became the Labour Party leader and the leader of the opposition on April 4, 2020.

Keir Starmer has written and edited several books on criminal law and human rights. Some of them are Justice in Error (co-edited, 1993), Signing up for Human Rights: The United Kingdom and International Standards (co-written, 1998), European Human Rights Law (1999), and Blackstone's Human Rights Digest (co-written, 2001).

He has been part of many series and shows, such as Sky Midnight News, Peston, All Out Politics, Sophy Ridge on Sunday, ITV Lunchtime News, and The News Hour with Mark Austin.

On July 19, 2017, he became part of the Privy Council. In 2005, the Bar Council awarded him the Sydney Elland Goldsmith Award for his work against the death penalty.

The couple have a son and daughter. They are raising their kids according to the Jewish faith (as Victoria is a Jew).

Keir Starmer has played for the north London football team Homerton Academicals. He is an ardent fan of the Premier League team Arsenal.

Keir’s parents owned a 7-acre animal sanctuary behind their Oxted home. Keir purchased the sanctuary in 1996. Keir is a strict vegetarian.

See the events in life of Keir Starmer in Chronological Order 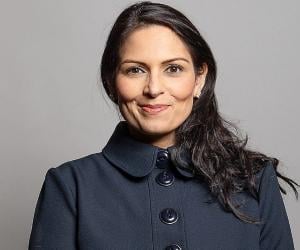 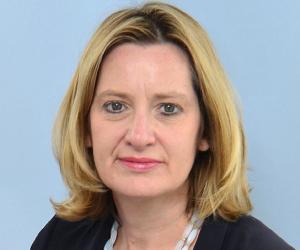