Advanced Search
Jacob Zuma is the former President of South Africa; he was in the office from 9 May 2009 to 14 February 2018. Zuma is a controversial politician who has been accused of rape and corruption charges, but he has been acquitted of the all the charges. After losing his father early in his life, he started working as a child to support his family, thus unable to receive any formal schooling. In his teenage years, he joined the African National Congress party and its military wing. He was sentenced to ten years in prison for conspiring to overthrow South Africa’s apartheid government. After his release, he set up underground networks and continued to work for the ANC, operating from neighboring countries. When the government’s ban on the ANC was lifted, he returned to the country and was elected deputy president of the country. During his tenure as deputy president, he became involved in scandals regarding corruption and was also accused of rape, which resulted in legal problems for him. Despite the repeated allegations of wrongdoing, he remained a popular figure within the ANC and after getting acquitted of all charges, he became the fourth President of South Africa. He was in the office for nearly nine years and resigned after a no confidence motion was intoduced against him in parliament. He is a polygamist, and has 20 children, a fact which is often criticized and placed under scrutiny globally. Albert John Lut...
12th April In History
DID WE MISS SOMEONE?
CLICK HERE AND TELL US
WE'LL MAKE SURE
THEY'RE HERE A.S.A.P
Quick Facts

South African People
Black Leaders
Black Presidents
Political Leaders
Black Political Leaders
Childhood & Early Life
He was born on April 12, 1942, at Nkandla, KwaZulu Natal, South Africa, to Geinamazwi Zuma, a policeman, and his wife, Nobhekisisa Bessie. He has two brothers, Michael and Joseph.
When his father died in World War II, he and his mother moved to Maphumulo. He began to support his family through cattle shepherding from an early age and received no formal schooling thereafter. Eventually, he taught himself to read and write. 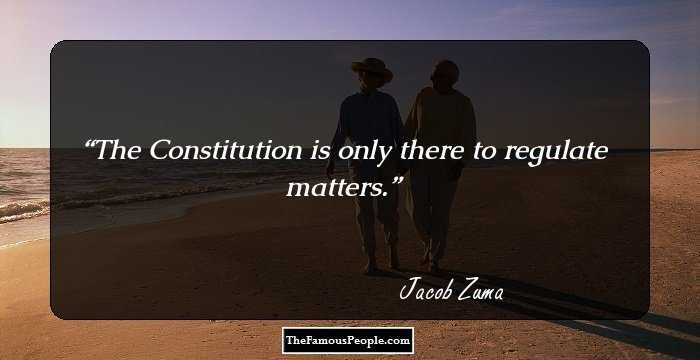 Continue Reading Below
Career
In 1958, he joined the African National Congress (ANC) and the ANC Youth League (ANCYL). The following year, he joined the South African Congress of Trade Unions (SACTU).
In 1962, he joined a political study group in Cato Manor (Mkhumbane), and was recruited as an active member of MK, an armed wing of ANC. The following year, he was recruited into the South African Communist Party (SACP).
In June 1963, he left the country for military training but was arrested along with a group of 45 recruits. They were convicted for conspiring to overthrow the government and were sentenced to 10 years' imprisonment on Robben Island.
After his release in December 1973, he helped mobilize internal resistance and was instrumental in the re-establishment of ANC underground structures in Natal between 1974 and 1975. He later became part of an initiative, led by Harry Gwala, to send young people out of the country for military training.
After Gwala’s arrest, he left the country in December 1975. Over the next 12 years, he operated from Southern Africa and was involved in underground work along with Thabo Mbeki and others, supporting ANC structures operating inside South Africa.
In early 1976, he secretly entered the country to re-establish contact with activists in the Durban area.
In 1977, he began working for the SACP, and completed a three month leadership and military training course in the Soviet Union. By the end of the 1980s, he was head of the ANC Intelligence Department.
In November 1990, he was elected chairperson of the ANC’s southern Natal region. The following year, he was elected Deputy Secretary General of ANC party.
In 1993, he was involved in negotiations between the ANC and the Inkhata Freedom Party (IFP), when violence erupted in Natal.
Continue Reading Below
In 1994, he was elected National Chairperson of the ANC and then became the Chairperson of the ANC.
After the government lifted ban on ANC, he returned to the country and was elected as the ANC’s Deputy President. In 1999, he was appointed the Deputy President of South Africa, a post he served until 2005.
In 2002, he was implicated in a major corruption scandal, in connection with the trial of his close associate, Schabir Shaik. Further controversy arose in November 2005, when he was accused of rape.
The trial was heavily publicized in the media and garnered both negative and positive public response when he was acquitted in May 2006. Despite the negative publicity, he was reinstated as ANC’s Deputy President a week later. In December 2007, he was elected to the office of President of ANC.
In 2009, he was elected as South Africa’s fourth democratic President following his party's victory in the 2009 general election, and he took oath on May 9, 2009.
In January 2014, it was reported that he would be the sole candidate for the ANC in the upcoming national election. On 21 May 2014, following the 2014 general elections, in which the ANC retained its majority, he was elected for a second term as president by the National Assembly.
On 18 December 2017, Cyril Ramaphosa was elected as President of the ANC and subsequently pressure grew on Zuma to relinquish the office of the President of South Africa in favour of Ramaphosa.
Initially Zuma, resisted the pressure but when ANC recalled him as President of South Africa and a no-confidence motion was introduced against him in Parliament, he resigned with immediate effect on 14 February 2018. 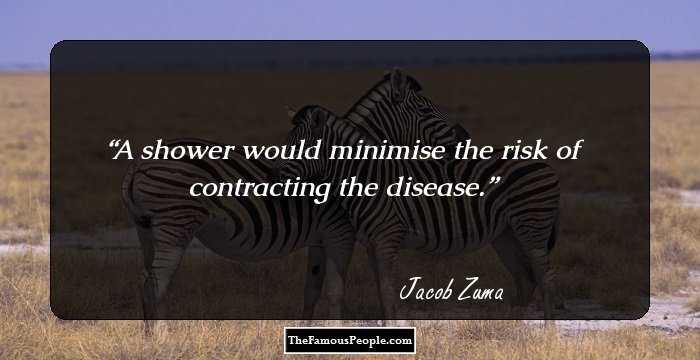 Awards & Achievements
In 1998, he was awarded the ‘Nelson Mandela Award for Outstanding Leadership’ for his role in ending political violence in KwaZulu-Natal.
Personal Life & Legacy
He is a polygamist and has married six times. At present, he has four wives and is considered to be the father of an estimated 20 children, born to his wives, girlfriends and mistresses. 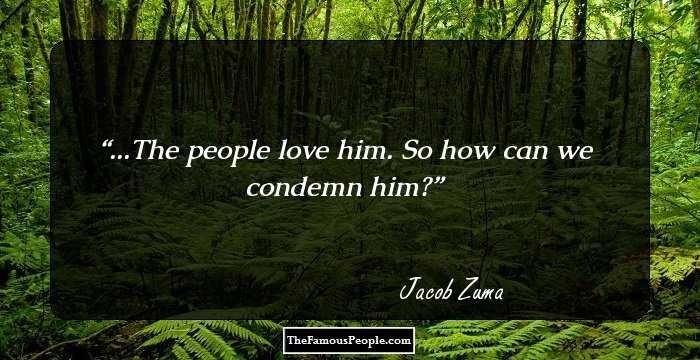 See the events in life of Jacob Zuma in Chronological Order