Hermann Klaus Hugo Weyl, better known as Hermann Weyl, was one of the most famous and skilled mathematicians of the 20th century. He was also popular as a philosopher and acclaimed for his contribution to theoretical physics, having published several works on space, time, matter, philosophy, and logic. His work is famous because it served as a link between pure mathematics and theoretical physics, and it immensely added to quantum mechanics and the theory of relativity too. His works also revealed his interest in philosophy and expressed his findings on relativity. It was he who first produced the unified field theory for Maxwell’s equations of electromagnetic fields and the gravitational field. He is also credited to have found out that by simply using group theory, most of the regularities of quantum phenomena on the atomic level can be easily understood. He was a colleague of Albert Einstein, who at that time was working on finding the details of the theory of general relativity. With Einstein’s influence, Weyl became the first person to have thought of merging general relativity with the laws of electromagnetism. Horst Ludwig St...
Mathematicians #89
Physicists #154
Scientists #252
DID WE MISS SOMEONE?
CLICK HERE AND TELL US
WE'LL MAKE SURE
THEY'RE HERE A.S.A.P
Quick Facts

German Celebrities
German Men
University Of Göttingen
Male Scientists
Male Physicists
Childhood & Early Life
Hermann Weyl was born on 9 November 1885 in a small town near Hamburg, Germany, named Elmshorn. However, not much is known about his parents or his childhood.
He studied Mathematics and Physics in both Gottingen and Munich from 1904 to 1908. He completed his Ph.D. in the University of Gottingen, under the supervision of David Hilbert, one of the most influential as well as universal mathematicians of the 19th and 20th centuries. Weyl was a big admirer of him.
Continue Reading Below
You May Like

Who Is The Most Popular BTS Member?
Career
After receiving his Ph. D. he held a teaching post in the same university, as a privatdozent, till the year 1913. Then he moved to Zürich Technische Hochschule where he occupied the chair of mathematics from 1913 to 1930.
It was in Zurich that he met Albert Einstein as a colleague, and worked together on various subjects of their interest. Other than Einstein, he was also influenced by Erwin Schrodinger, a Nobel-Prize winning theoretical physicist.
He was offered a faculty position in 1930, in the Institute for Advanced Study in Princeton, New Jersey, but he declined the offer as he didn’t wish to leave his homeland. But he had a Jewish wife, and when the political situation in Germany got worse, he changed his mind and accepted the position in the university and remained there till his retirement in 1951.
Contributions To Mathematics
Hermann Weyl published ‘On the asymptotic distribution of eigenvalues’ in the year 1911, where he proved that it is according to the Weyl law, that the eigenvalues of the Laplacian in the compact domain are distributed. He also formulated his own Weyl conjecture.
By using matrix representation, he also evolved a general theory of continuous groups and found out that just by using group theory, we could find out most of the regularities of the quantum phenomena on the atomic level. His findings were published in ‘Group Theory and Quantum Mechanics’ in the year 1928, where he helped mold modern quantum theory.
He worked on and developed the theory of compact groups from 1923 to 1938, in terms of matrix representations. He also proved a fundamental character formula in the compact Lie group case.
In 1939, he wrote and published a mathematics book, ‘The Classical Groups: Their Invariants and Representation’. It not only described classical invariant theory, but is also considered hugely responsible for the revival of interest in it.
Hermann Weyl published ‘In the Continuum’ where the developed the logic of the predictive analysis using the lower levels of the ramified theory of types, which was initially formed by Bertrand Russell. Not only he developed most of classical calculus, but he did so without using the axiom of choice or the proof by contradiction.
He also attempted a unified field theory in order to unite electromagnetism and gravitation, and he introduced the concept of gauge invariance for it. It describes how some quantities never change though they go through a transformation in the underlying field. His theory was later applied in a modified form to quantum field theory.
Continue Reading Below
After publishing ‘The Continuum Weyl’ he focused on intuitionism as propounded by E. J. Brouwer. Since in ‘The Continuum’ the constructible points exist only as discrete entities, Weyl wanted a continuum that was not an aggregate of points.
Major Works
Hermann Weyl’s first book was ‘On the asymptotic distribution of eigenvalues’ which he published in 1911. It was in this book that he had proved that it is according to the Weyl law, that the eigenvalues of the Laplacian in the compact domain are distributed.
‘Weyl quantization’ (1927) was another one of his major works which showed the existing connection between classical and quantum physics.
’The Classical Groups: Their Invariants and Representations’ (1939) was one of his best known works. David Hilbert’s solution to its main problems in the 1890s had almost killed off the interest in invariant theory but this book helped in reviving it. It discusses various ideas like Felix Klien’s Erlangen program in geometry, as well as studies subjects like the group ring of a finite group and how it decomposes into a sum of matrix algebras. Weyl’s character formula for the characters of representations of the classical groups is also described.
Personal Life & Legacy
Hermann Weyl had met Erwin Shcrodinger in 1921, who at that time was working as a professor in the University of Zurich. Though the two were close friends, Weyl had a love affair with Shcrodinger’s wife Annemarie Schrödinger for some time.
Weyl’s first wife was Friederike Bertha Helene Joseph, who was better known as Helene or Hella. She was the daughter of Dr. Bruno Jospeph, a physician. Helene herself was a philosopher, and a translator of Spanish literature into German and English. They got married in September 1913.
Hermann and Helene had two sons. The first one, Fritz Joachim Weyl was born in February 1915 and the second one, Michael Weyl, was born in September 1917.
In 1948, Helene passed away on the 5th of September. After two years, Hermann Weyl married Ellen Bar, who was the widow of Professor Josef Bar.
After his retirement, he lived with Ellen in Princeton and Zurich. On December 8, 1955, while they were in Zurich, he suffered from a heart attack, which eventually led to his death. He was cremated four days later.
You May Like 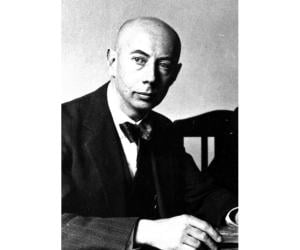