Advanced Search
Edvard Beneš was a Czech politician who served as the president of Czechoslovakia from 1935 to 1938 and then again from 1945 to 1948. During both the tenures, he faced major crises which resulted in his resignation. A member of the Czechoslovak Social Party, he had also served as the minister of foreign affairs. He was born into a peasant family in Bohemia in then-Austro-Hungarian Empire. After studying philosophy in Prague, he left for Paris where he continued his education at The Paris Institute of Political Studies. He received his doctorate of law in 1908. Influenced by the nationalist ideas of the statesman Tomáš Masaryk, Beneš alongside Masaryk and Milan Štefánik formed a propaganda organization that consequently emerged as a Czechoslovak provisional government in 1918. A skilled diplomat and incredible writer, Beneš forged the principles of modern Czechoslovakia between First and Second World Wars, but later surrendered to Adolf Hitler’s demands in 1938. Lyndon B. Johnson
DID WE MISS SOMEONE?
CLICK HERE AND TELL US
WE'LL MAKE SURE
THEY'RE HERE A.S.A.P
Quick Facts

Czech Celebrities
Male Leaders
Gemini Leaders
Czech Leaders
Gemini Men
Childhood & Early Life
Edvard Beneš was born on 28 May 1884, in Kožlany, Bohemia, Austria-Hungary, to Anna Petronila and Matěj Beneš. He had several siblings, including future politician Vojta Beneš.
From 1896 to 1904, he studied at a grammar school. He then attended Charles-Ferdinand University in Prague before leaving for Paris.
At Paris, Beneš enrolled at The Paris Institute of Political Studies. He received his doctorate of law degree in 1908.
After teaching at a business college for three years, he served at the Charles University as a lecturer of sociology.
Continue Reading Below
Early Political Career
During First World War, Edvard Beneš campaigned for an independent Czechoslovakia from abroad. While in Paris in 1915, he made several efforts to gain French and British recognition for Czechoslovak independence.
From 1916 to 1918, he served as the minister of foreign affairs in the Provisional Czechoslovak government and was also a secretary of the Czechoslovak National Council.
From 1918 to 1935, Edvard Beneš was the longest-serving foreign minister of Czechoslovakia. Between 1923 and 1927, he served in the League of Nations Council as a member and then as the president from 1927 to 1928.
Until 1925, he was also a part of the Czechoslovak National Social Party.
First Presidential Tenure
In 1935, Beneš succeeded President Tomáš Masaryk. Three years later, he rejected Sudeten politician Konrad Henlein’s ‘Karlsbadprogramme,’ declining his demand for autonomy for the Sudetenland.
In May 1938, Henlein rejected Beneš’ "Third Plan" which would have generated 20 regions in the Sudetenland with significant autonomy.
In September, the president presented the "Fourth Plan," which would have granted the Sudetenland widespread autonomy as well as turned Czechoslovakia into a federation. Henlein rejected this offer as well and launched a revolt in the Sudetenland.
On 12 September 1938, Adolf Hitler demanded the Sudetenland to join Germany which led to former’s military occupation. Beneš was eventually forced to leave his presidential position under German pressure.
Wartime Exile in Britain
In October 1938, Beneš went into exile in Britain. During his exile, he continued to receive valuable information from Czechoslovakia's intelligence service chief, František Moravec. He eventually began sharing this information with the British. Soon, he developed a friendship with British politian Winston Churchill.
Continue Reading Below
In September 1939, the British alongside the French declared war on Germany. The following month, Beneš formed the Czechoslovak National Liberation Committee. The committee instantly became the self-proclaimed Provisional Government of Czechoslovakia.
During this time, Beneš wanted Britain to revoke the Munich Agreement so that the Sudetenland won’t be seen as part of Germany.
He continued selling information provided by his secret agents to the British and even improved his bargaining position. Beneš, who was now close friends with then-Prime Minister Churchill, moved to The Abbey and was assigned a private office.
On 22 June 1941, Germany invaded the Soviet Union and launched Operation Barbarossa. The following month, the Soviet Union recognized Edvard Beneš' government-in-exile.
Soon, Beneš launched Operation Anthropoid to assassinate German official Reinhard Heydrich who was responsible for suppressing Czech culture and executing members of the Czech resistance.
In 1942, the Sudetenland was returned to Czechoslovakia after Beneš persuaded Britain to revoke the Munich Agreement.
Second Presidential Tenure & Resignation
In April 1945, Beneš flew to eastern Slovakia’s Košice which became the momentary capital of Czechoslovakia after the Red Army occupied it.
He established a coalition government called the National Front and appointed Communist Party leader Klement Gottwald and Jan Masaryk as prime minister and foreign minister, respectively.
He also announced the “Košice programme” that stated Czechoslovakia was the new state of the Czechs and Slovaks. This program eventually led to the expulsion of the German minority in the Sudetenland.
After the Prague uprising at the end of Second World War, Beneš resumed his position as president. Also in 1945, the Red Army left Czechoslovakia. A year later, Beneš began his second presidential rule in the National Front with Gottwald as prime minister.
On 21 February 1948, many non-communists offered their resignations to Beneš. Gottwald also threatened him to appoint a Communist government. Later that month, Beneš accepted the resignations of non-communist leaders and appointed a new government as per Gottwald’s wishes.
He, however, refused to sign the new constitution and eventually resigned as president in June 1948. Upon his resignation, Gottwald took over his position.
Family & Personal Life
Edvard Beneš was married to Anna Vlčková aka Hanna Benešová. The couple met in school and got engaged in 1906. They married in 1909.
His nephew was Bohuš Beneš, a diplomat. He was the father of famous American sculptor, Emilie Benes Brzezinski, and Czech-American mathematician, Václav E. Beneš.
Death & Legacy
In 1945, his friend, A. J. P. Taylor, a famous British historian who was much impressed by Beneš’ efforts for Czechoslovakia, wrote an assessment calling him a man of integrity. This assessment was widely shared during that time.
In 1947, Edvard Beneš suffered two strokes. He eventually died on 3 September 1948, at the age of 64.

See the events in life of Edvard Beneš in Chronological Order 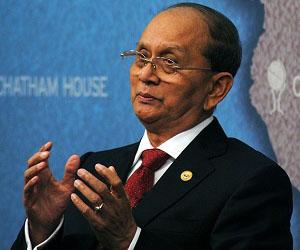