Edmund Burke was a British statesman, author, orator, political theorist and philosopher. Born in the first half of the eighteenth century into a níos Gaelaí ná na Gaeil féin (more Irish than the Irish themselves) family in Ireland, he was sent to England to be trained as a barrister, but he gave it up to pursue a career in literature. Although his father belonged to the Anglican Church, his mother and her family followed the Catholic faith, and his closest friends were Quakers. Brought up in such an environment, he developed religious tolerance early in his life. Moreover, from early childhood, he also witnessed the persecution of the Catholics and felt their resentment. Therefore, when he became a Member of Parliament, he automatically began to work for the good of the Irish people, often jeopardizing his own career. Indeed, he possessed a lofty sense of moral obligation along with a generous nature and unusual devotion to family and friends. Although he spent the major part of his career sitting in the opposition, he is remembered as much for his contribution to Catholic emancipation as for his support to the American revolutionists. He also worked tirelessly to have Warren Hastings impeached for his wrong doings in India. His opposition to the French Revolution is also legendary. Samuel Beckett
DID WE MISS SOMEONE?
CLICK HERE AND TELL US
WE'LL MAKE SURE
THEY'RE HERE A.S.A.P
Quick Facts

British People
Irish People
Non-Fiction Writers
British Men
Irish Men
Trinity College Dublin
Childhood & Early Years
Edmund Burke was born on 12 January 1729 in Dublin into an ancient family that traced their lineage to William de Burgh, the Anglo-Norman knight, who settled in Ireland in 1185. Later they assimilated into the Gaelic society, becoming níos Gaelaí ná na Gaeil féin (more Irish than the Irish themselves).
Edmund’s father, Richard Burke, was a successful solicitor, practicing in superior courts of Dublin. It is believed that he was born Catholic, but on March 13, 1722, six years before Edmund’s birth, he joined the Church of Ireland on practical consideration.
Indeed, without taking the oath of allegiance, he could not have become a solicitor. Moreover, it is believed that he took the move to secure the future of his sons, who were yet to be born. However, Edmund’s mother, Mary née Nagle, who came from a déclassé County Cork family, remained a Roman Catholic.
The couple had four surviving children. Their only daughter, Juliana, was brought up as a Roman Catholic; but the sons, Garrett, Edmund and Dick, followed their father’s faith and joined the Church of Ireland.
Richard was known to be hot tempered, but honest and pragmatic. He chalked out his sons’ career with care. While Garrett joined the legal fraternity after five years of apprenticeship with him and Dick went into commerce, only Edmund was earmarked for university education.
Although Edmund appreciated his father’s concern for his career, he missed the fatherly warmth he craved so much. He found it when he went to live with his mother’s Catholic family in the Blackwater Valley in County Cork due to some unspecified illness. 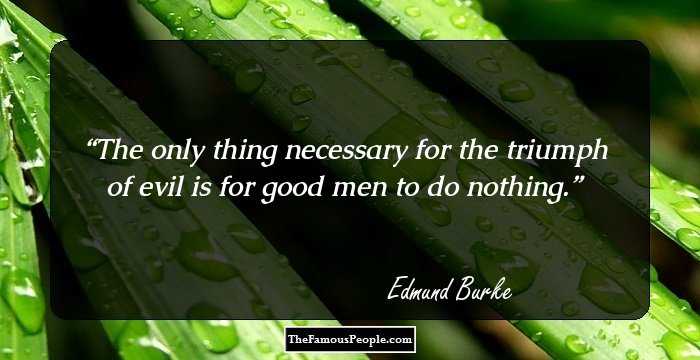 Continue Reading Below
In County Cork
In County Cork, he discovered a loving father-figure in his Uncle Patrick Nagle and remained close to him throughout his life. It was also the place where he learned to appreciate the beauty of nature and acquired a rudimentary knowledge of farming.
For his formal education, he was sent to a ‘hedge school’, which was held in the ruined castle of Monanimy for fear of persecution. Slowly he realized that to talk too much might also invite prosecution. Maybe his lifelong reticence began under such circumstances.
Eventually, he became aware of the extent of persecution faced by the Catholics and how much they resented it. He also realized that it was his father’s conversion to the Church of Ireland, which had actually saved the properties for the Nagles. It had a lifelong effect on him.
Therefore, when Edmund left Blackwater country for Dublin, he was much wiser. Sometime thereafter, he was sent to a boarding school at Ballitore in County Kildare, where he studied until 1744. 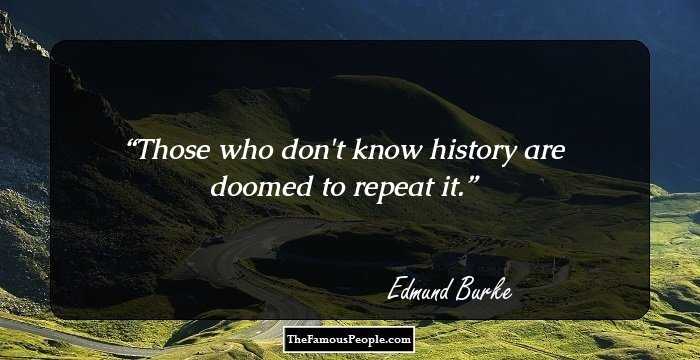 Quotes: History
Trinity College
After graduating from school, Edmund Burke entered Trinity College, Dublin, for his university education. Although it is not known if he actually excelled in studies, one can surmise that he thrived in the academic setting of the college, establishing a debating society, known as Edmund Burke’s Club, in 1747.
It is also known that he read extensively not only classics, but also authors like Shakespeare and Milton. The first draft of ‘A Philosophical Enquiry into the Origin of Our Ideas of the Sublime and Beautiful’ was most probably written during his Trinity days.
After graduating from Trinity College in 1748, Burke remained there for some more time, perhaps contemplating a career in academics while his actual aspiration was to become an author. However, neither of his desires materialized for his father had already decided a career in law for him.
In London
In 1750, Edmund Burke was sent to London to study law at the famous Middle Temple, one of the four Inns of Court which produced barristers. Initially he thought that he could pursue his interest in literature simultaneously with studying law, but he was soon disillusioned.
Continue Reading Below
He found the study of law rather dull. Instead, he became more involved in the city’s cultural world and spent more time listening to writers, who regularly met at Grecian Coffee House near Fleet Street than studying law. Soon he also took up the pen.
During his early years in London, he was highly influenced by Dr. Christopher Nugent, an Irish Catholic doctor, who treated him for some unspecified ailments. Nugent was not only one of the first members of the Literary Club, but could also easily ascertain psychological trouble and deal with it.
Burke had later said that Nugent not only cured his physical ailment, but also taught him how to live. More importantly, he soon developed a relationship with his daughter Jane.
When Richard Burke came to know of it, he strongly disapproved of the match because he thought marrying a Catholic would ruin Edmund’s career. Moreover, when he learned that his son intended to give up the study of law, the estrangement was final. He also stopped supporting him financially. 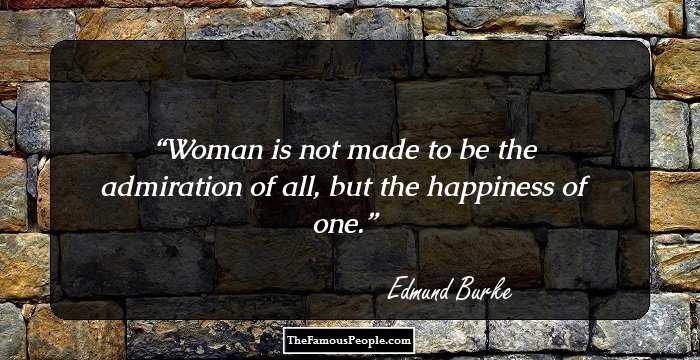 Quotes By Edmund Burke | Quote Of The Day | Top 100 Quotes

See the events in life of Edmund Burke in Chronological Order