Donald Rumsfeld was an American politician who served as Secretary of Defense twice. He first took office in 1975 under President Gerald Ford, becoming the youngest person to hold this position, and served till 1977. He again became Secretary of Defense during President George W. Bush’s administration and served from 2001 to 2006. This time, he became the oldest person to serve as Secretary of Defense. In his extensive political career, he had also been a three-term US Congressman from Illinois, Director of the Office of Economic Opportunity and the US Representative to NATO. A graduate of Princeton University, he served in the United States Navy as a naval aviator and flight instructor for a few years. He eventually entered politics and became a member of Congress. He later left Congress to serve in a variety of executive branch positions in President Richard Nixon’s administration. He then took a break from politics to focus on his business career. He returned to politics soon after President George W. Bush took office in 2001. As Secretary of Defense, Rumsfeld received much criticism, especially for the way he handled the Iraq War. He was forced to step down in 2006. Donald Henry Rumsfeld was born in Chicago, Illinois, on July 9, 1932. His parents were Jeannette Kearsley (née Husted) and George Donald Rumsfeld. His father was from a German family. His parents were religious, and the family attended a Congregational church.

He attended Baker Demonstration School and became an Eagle Scout in 1949. He was a smart boy and received the Distinguished Eagle Scout Award from the Boy Scouts of America.

He received academic and Naval Reserve Officer Training Corps scholarships to attend Princeton University. He graduated with a bachelor’s degree in politics in 1954. At Princeton, he also became an amateur wrestler. 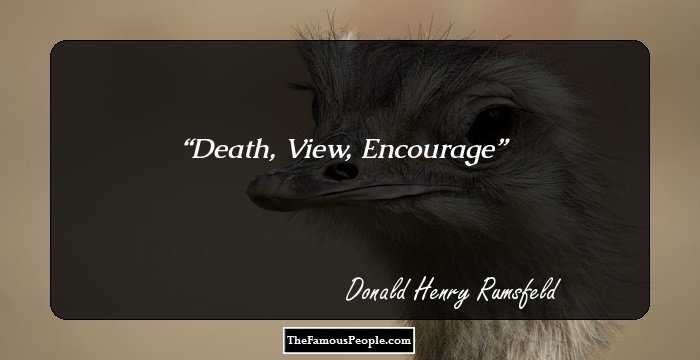 In 1954, Donald Rumsfeld joined the United States Navy as a naval aviator. He then became a flight instructor. He transferred to the Naval Reserve in 1957 and undertook flying and administrative assignments as a drilling reservist.

After becoming the Secretary of Defense in 1975, he was transferred to the Individual Ready Reserve. He retired from his naval career with the rank of captain in 1989. 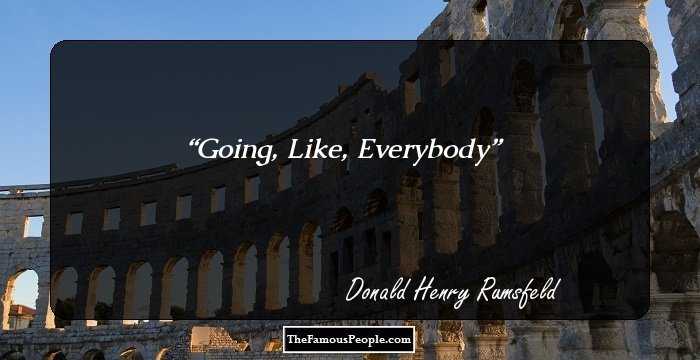 In 1962, he was elected to the US House of Representatives for Illinois's 13th congressional district. He was re-elected by large majorities thrice in 1964, 1966, and 1968. While in Congress, he was a leading cosponsor of the Freedom of Information Act.

During Gerald Ford’s presidency, Donald Rumsfeld served as his chief of staff in 1974. Ford chose him to become the United States Secretary of Defense in 1975. His tenure ended in 1977 and he was succeeded by former Secretary of the Air Force Harold Brown.

In the late 1970s, he took a break from politics and focused his attention on business. He served as chief executive officer, president, and then chairman of the pharmaceutical company G. D. Searle & Company from 1977 to 1985. He was highly successful in his stint and earned multiple awards for his work in the pharmaceutical industry.

From 1990 to 1993, Donald Rumsfeld was chairman and chief executive officer of General Instrument. In 1997, he took over as chairman of Gilead Sciences, Inc., the developer of Tamiflu, a drug used in the treatment of bird flu.

In 2001, he was named Secretary of Defense in President George W. Bush’s government. After the September 11 attacks, he oversaw the military planning and execution of the United States’ attack on Afghanistan.

Donald Rumsfeld declared that Iraq had weapons of mass destruction and led the 2003 invasion of Iraq. He made use of the “Shock and Awe” campaign to overpower and destabilize the enemy forces during the Iraq War. He also often visited the United States troops stationed in Iraq.

He received much criticism for the way he handled the Iraq War. German prosecutor and civil rights attorney Wolfgang Kaleck filed a criminal complaint charging Rumsfeld on charges of torturing prisoners.

Several NATO-member retired officials called for Rumsfeld’s resignation, accusing him of "abysmal" military planning. Even though he still had President George W. Bush’s support, Rumsfeld decided to resign. He stepped down as Secretary of Defense on December 18, 2006.

Donald Rumsfeld is best known for directing the United States military operations in the wake of the September 11 attacks. The War in Afghanistan resulted in the overthrow of the militant Islamic movements the Taliban and Al Qaeda. Rumsfeld claimed that many top Al Qaeda leaders were either captured or killed in the war. 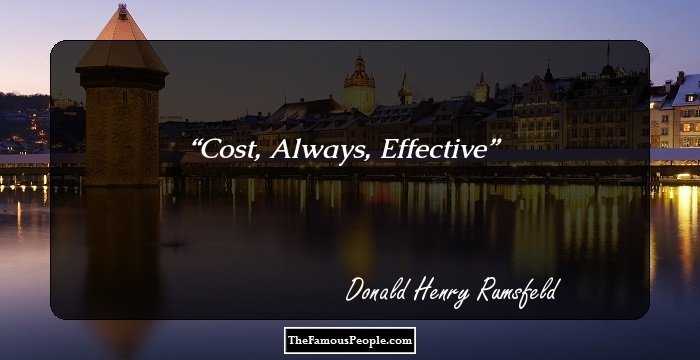 Donald Rumsfeld is often referred to as the worst Secretary of Defense in America’s history. The way he handled the Iraq War earned him many detractors all over the world. He was accused of horrible military strategies and a lack of competence.

Many critics, including some US Senate Armed Services Committee members, held him responsible for the Abu Ghraib torture and prisoner abuse scandal during the Iraq War. Members of the US Army and CIA committed several crimes, including physical and sexual abuse, torture, rape, and the killing of Iraqi detainees.

International NGO Human Rights Watch called for his actions to be investigated. He was accused of implementing “enhanced interrogation techniques," a euphemism for a program of systematic torture of prisoners and detainees. The American Civil Liberties Union and Human Rights First filed a lawsuit against Rumsfeld in 2005.

Donald Rumsfeld married Joyce P. Pierson on December 27, 1954. The couple had three children and six grandchildren. At the time of his death, he also had one great-grandchild.

He suffered from multiple myeloma during his last days and died on June 29, 2021. He was 88 years old. He was buried in Arlington National Cemetery.

Quotes By Donald Rumsfeld | Quote Of The Day | Top 100 Quotes

See the events in life of Donald Rumsfeld in Chronological Order