Gavin Newsom is an American politician who has been serving as the 40th governor of California since January 2019. Before beginning his political journey, he established the PlumpJack wine store, a business venture financed by his family friend and the head of Getty Oil, Gordon Getty. Subsequently, Newsom established more than 20 businesses, including wineries, restaurants, cafes, and hotels. He then gave up his share in the companies based in San Francisco, to serve Mayor Willie Brown, who had appointed him to the Parking and Traffic Commission and then to the Board of Supervisors. He was re-elected to the board in 1998, 2000, and 2002. As he was sworn in as the 42nd mayor of San Francisco (2004 to 2011), Newsom became the youngest politician to hold the post in a century. He then served as the 49th lieutenant governor of California, from 2011 to 2019. Newsom has also earned fame as the host of The Gavin Newsom Show, aired on Current TV. He has also written the book Citizenville. Newsom initially attended the Ecole Notre Dame Des Victoires. Until fifth grade, he attended classes with children who had dyslexia. He was taught through audiobooks and other effective ways. Newsom still relies on such methods and reports his interpreted documents through audio.

Newsom played for the Redwood High School basketball team and was also an outfielder in the school baseball team. He graduated in 1985 and was featured on the cover of the Marin Independent Journal.

Newsom earned a partial scholarship to the Santa Clara University, where he later served as a left-handed pitcher for the baseball team. Unfortunately, he injured his arm in an accident and quit sports forever. In 1989, he graduated with a major in political science.

Gavin Newsom began his political journey volunteering for Willie Brown's successful campaign for his 1995 run for mayor. The following year, Brown voted him as the president of the Parking and Traffic Commission, under Brown's administration. In 1997, Newsom was the youngest person to be appointed to the San Francisco Board of Supervisors, of which he became a full 4-year term member in 1998.

In that capacity, he brought in reformation to the San Francisco Municipal Railway ("Muni"), allowed alcohol at the outdoor tables of food joints, prohibited visible tobacco hoardings, supported housing projects, increased homeownership, provided affordable housing, and made strict compensation structures for landlords. However, his decisions regarding the business ventures of the city brought him the wrath of labor union leaders.

Newsom was re-elected as the supervisor in 2000, and again, without any opposition, in 2002. In his third term, he represented the second district.

In January 2004, Newsom assumed his duties as the mayor of San Francisco. In that capacity, he addressed the issues regarding dilapidated road conditions, public schools, and affordable housing. He approved of same-sex marriages, against the state law passed in 2000. He also implemented the Care Not Cash initiative that he financed during his tenure as a supervisor and supported the UNITE HERE union members during a hotel staff strike.

However, the Supreme Court of California annulled same-sex marriages in August 2004.

After becoming the mayor of the city, Newsom sold the San Francisco shares of his business ventures. However, he kept his share in the PlumpJack companies operating in other cities.

In 2005, Newsom authorized communities in California to prohibit specific breeds of dogs. That year, the World Economic Forum honored him as a “Young Global Leader.”

He was re-elected in November 2007. During that term, Newsom focused on the environment, the Hunters Point and Treasure Island projects, homeless people, healthcare (introduction of the Healthy San Francisco law), education, housing, and the renovation of the San Francisco General Hospital.

During the 2008 elections, Newsom opposed Proposition 8 in support of same-sex marriages, which the California Supreme Court had annulled in 2004.

Gavin Newsom's achievements in the field of healthcare and wellness earned him the Leadership for Healthy Communities Award in 2009.

In 2009, Newsom's failure to implement the sanctuary city rule, under which San Francisco was not to be involved in the U.S. Immigration and Customs Enforcement, brought him a lot of criticism, especially from the San Francisco Democratic Party.

Former president Bill Clinton endorsed Newsom's 2010 campaign for the governorship of California. Newsom assumed his duties as the lieutenant governor on January 10, 2011.

From May 2012, Newsom began hosting the weekly talk show The Gavin Newsom Show, aired on Current TV. He was criticized for making scandalous remarks about the state capital, Sacramento.

In 2012, Newsom was a proponent of Proposition 62 that supported life imprisonment instead of capital punishment. He argued that executing convicts was more expensive than keeping them behind bars for a lifetime.

In February the following year, his first book, Citizenville: How to Take the Town Square Digital and Reinvent Government, was published. Newsom joined the Center for Information Technology Research in the Interest of Society, which operated under the University of California, Berkeley, to work on the web application called the California Report Card (CRC).

After he was re-elected as the lieutenant governor of California in November 2014, Newsom endorsed the Criminal Sentences. Misdemeanor Penalties. Initiative Statute referendum (California Proposition 47). With that, he became the first politician in the state to permit the legislation.

In 2015, Newsom launched the program Digital Democracy, in collaboration with the Institute for Advanced Technology and Public Policy of the California Polytechnic State University.

In January 2007, Newsom's relationship with Ruby Rippey-Tourk, wife of former deputy chief of staff, Alex Tourk, who was then serving as his campaign manager, surfaced. The two had been dating each other since 2005. Tourk divorced his wife and quit Newsom's campaign. The revelation also negatively impacted Newsom's campaign.

In September 2006, Newsom began a relationship with film director Jennifer Siebel. They got engaged the following year and got married in July 2008. Newsom and Siebel have two daughters, Montana Tessa Newsom (born in September 2009) and Brooklynn (born on July 3, 2013), and two sons, Hunter (born on June 12, 2011) and Dutch (born on February 26, 2016).

In February 2007, Newsom revealed that he was being treated for alcohol abuse.

See the events in life of Gavin Newsom in Chronological Order 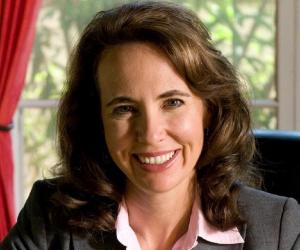