Bernie Sanders is an American politician and junior United States senator from Vermont. He ran unsuccessfully for the Democratic nomination for president in 2016 where he finished second behind Hillary Clinton with 46 percent of the pledged delegates. Though a Democrat, Sanders is the longest-serving independent in U.S. congressional history. A politician with an illustrious career spanning several decades, he previously served for two years as chair of the ‘Senate Veterans' Affairs Committee.’ He is also a co-founder of the ‘Congressional Progressive Caucus.’ Born in Brooklyn to Jewish parents, Sanders was raised in a middle-class family. Intelligent and ambitious from a young age, he went to the ‘University of Chicago’ where he became involved in the civil rights movement and served as an organizer for the ‘Student Nonviolent Coordinating Committee.’ His interest in politics strengthened over the next few years and he was elected as the mayor of Burlington, Vermont's most populous city, in 1981. He became a popular politician and went on to win a seat in the ‘U.S. House of Representatives.’ He entered into a caucus with the Democrats as his prominence in the national political arena grew. In 2019, he announced his plans to run for the Democratic presidential nomination in the 2020 election. American People
American Men
University Of Chicago
Tall Celebrities
Tall Male Celebrities
Childhood & Early Life
Bernard Sanders was born on September 8, 1941, in Brooklyn, New York City, USA, to Dorothy and Elias Ben Yehuda Sanders. His father worked as a paint salesman after immigrating to the USA in 1921, while his mother was born in New York City to Jewish parents from Russia and Poland.
Sanders lived in Midwood, Brooklyn, where he attended a public elementary school called ‘PS 197.’ He played basketball and won a borough championship, playing for his school team.
He also attended ‘Hebrew school’ in the afternoons, and celebrated his bar mitzvah in 1954.
He grew up witnessing the horrors of ‘World War II.’ The events that unfolded during ‘World War II’ made him realize the importance of politics. As a result, he became interested in politics. He was a good student and performed well in his high school, ‘James Madison High School.’ His mother died shortly after his high school graduation and his father passed away two years later.
Sanders studied at ‘Brooklyn College’ for a year in 1959–60 before moving to the ‘University of Chicago.’ He was involved in the civil rights movement and served as an organizer for the ‘Student Nonviolent Coordinating Committee’ during his college days. He graduated with a Bachelor of Arts degree in political science in 1964. 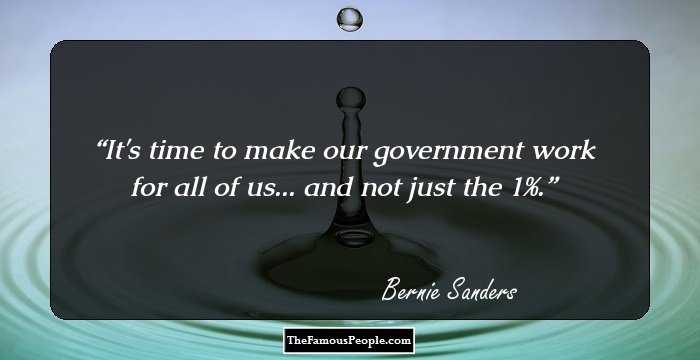 Who Is The Most Popular BTS Member?
Career
Bernie Sanders spent the next few years taking up several jobs, including stints as a filmmaker and freelance writer. He also spent several months on an Israeli kibbutz. His interest in politics grew during the 1960s and he began his political career in 1971 as a member of the ‘Liberty Union Party.’
He started working as a writer and the director of the nonprofit ‘American People's Historical Society’ (APHS) after leaving the ‘Liberty Union Party’ in 1977. In 1981, he was elected as the mayor of Burlington by only 12 votes.
He implemented major reforms in progressive taxation, environmental protection, child care, women’s rights, youth programs, and arts. He proved to be a very popular mayor and was ultimately re-elected three times, defeating both Democratic and Republican candidates.
In 1990, he won a seat in the ‘U.S. House of Representatives.’ An independent candidate, he now needed to find political allies to advance his issues. So he entered into a caucus with the Democrats and co-founded the ‘Congressional Progressive Caucus.’ An outspoken man, he criticized the ‘Iraq War’ and was concerned about the social and financial impact it would cause. Sanders served in the ‘House’ from 1991 until he became a senator.
In 2006, he ran for the Senate against Republican businessman Richard Tarrant. He won the election and assumed office as United States senator from Vermont on January 3, 2007.
As a senator, Sanders posted an open letter to Treasury Secretary Henry Paulson, decrying the initial bank bailout proposal in 2008. In 2010, Sanders received much media attention for his 8½-hour speech against the ‘Tax Relief, Unemployment Insurance Reauthorization, and Job Creation Act of 2010.’
Already a beloved politician, he became even more popular following the speech. The citizens, impressed by his stance on tax and insurance, signed online petitions urging Sanders to run for the 2012 presidential election. He was even encouraged by prominent personalities like Rabbi Michael Lerner and economist David Korten who supported his progressive views.
As a senator, he has served on several committees, such as ‘Committee on Budget,’ ‘Committee on Health, Education, Labor and Pensions,’ ‘Committee on Veterans Affairs,’ and the ‘Joint Economic Committee.’ Sanders is also a member of the ‘Energy and Natural Resources Committee’ and ‘U.S. Senate Committee on Environment and Public Works.’
Bernie Sanders was critical of U.S. foreign policy and the ‘Iraq War.’ He supports LGBT and civil rights and opposes mass surveillance policies and racial discrimination in the criminal justice system. In 2015, he announced that he was seeking the presidential nomination for the ‘Democratic Party’ in the 2016 U.S. presidential election. However, he finished second behind Hillary Clinton for the Democratic nomination for president in 2016.
Continue Reading Below
In April 2017, Sanders introduced a bill that would raise the minimum wage for federal contract workers from $12 to $15 an hour.
He has been the Chair of the ‘Senate Democratic Outreach Committee’ since 2017.
In February 2017, he began webcasting ‘The Bernie Sanders Show’ on Facebook. This made Sanders the most popular politician in the United States.
Sanders introduced the ‘Workplace Democracy Act’ on May 9, 2018.
In the most exorbitant political campaign in Vermont's history, Sanders defeated businessman Rich Tarrant by an approximately 2-to-1 margin. He was re-elected in 2012 with 71% of the vote, and in 2018 with 67% of the vote.
On February 19, 2019, Sanders announced on ‘Vermont Public Radio’ that he would seek the Democratic Party's nomination for president of the United States in the 2020 election. 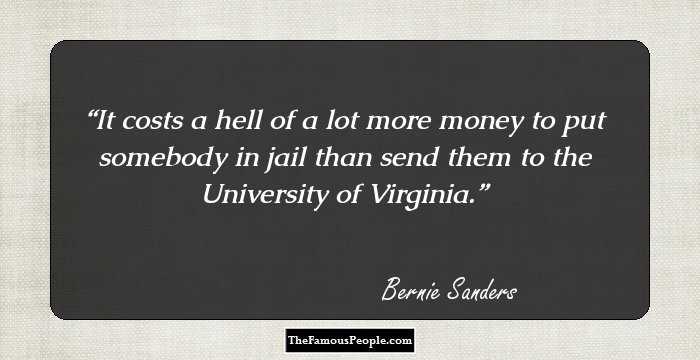 Quotes: Money
Major Works
Bernie Sanders is very popular as a U.S. senator. He delivered an 8½-hour speech against the ‘Tax Relief, Unemployment Insurance Reauthorization, and Job Creation Act of 2010’ which gained him many supporters. His speech was published on February 2011 by ‘Nation Books’ as ‘The Speech: A Historic Filibuster on Corporate Greed and the Decline of Our Middle Class.’
Sanders' book ‘Our Revolution: ‘A Future to Believe In’ was released on November 2016. It was ranked number three on ‘The New York Times Best Seller’ list.
Personal Life & Legacy
In 1964, Bernie Sanders married Deborah Shiling whom he divorced in 1966. He then started dating Susan Campbell Mott who gave birth to his son Levi Sanders in 1969.
In 1988, he tied the knot with Jane O’Meara Driscoll. He considers Jane’s three children from a previous relationship as his own. He also has seven grandchildren.
In 1999, he played Rabbi Manny Shevitz in Martin Guigui-directed comedy film ‘My X-Girlfriend's Wedding Reception.’
In a readers' poll, conducted by ‘Time’ magazine, Sanders won the poll with 10.2% of the vote and was named ‘2015 Person of the Year.’
On May 30, 2017, ‘Brooklyn College’ honored him with an ‘Honorary degree of Doctor of Humane Letters.’ 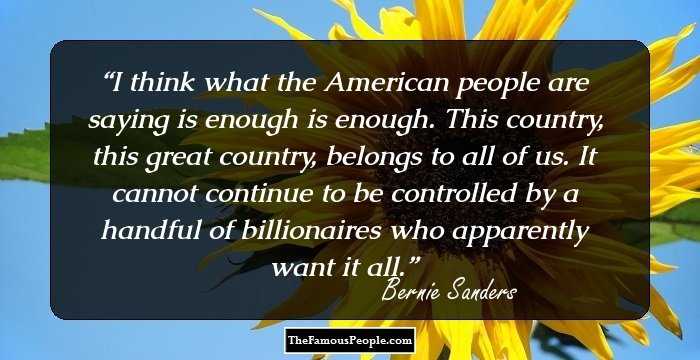 Quotes By Bernie Sanders | Quote Of The Day | Top 100 Quotes

See the events in life of Bernie Sanders in Chronological Order