Anton Hansen Tammsaare was an Estonian writer who is best known for his pentalogy ‘Truth and Justice’, which is regarded as one of the foundational works in Estonian literature. Born to a poor farmer, he somehow managed to gather enough money to supported his education. After completing matriculation, he joined the University of Tartu to study law but unfortunately contracted tuberculosis and withdrew without obtaining a degree. He had a keen interest in writing from an early age and after recovering from the illness, he decided to pursue a career in literature. His early works reflected the atmosphere of the revolution of 1905, succeeded by several short urban novels and collections of miniatures. Later, when Estonia became independent, he wrote prose works based on the history and lives of the Estonian people. These works earned him a prominent place in Estonian literature and he was able to connect with the readers on an emotional level. Subsequently, he published his groundbreaking five-volume saga titled ‘Truth and Justice’ which laid the foundation of Estonian literature and earned him much appreciation for emphasizing on the critical questions in life. Throughout his literary career, he published numerous literary works, most of which remained closely connected with the history of Estonia. Crowned as the most famous writer of Estonia, his classics continue to make their way to the hearts of readers 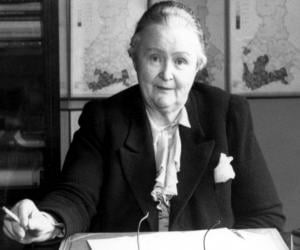 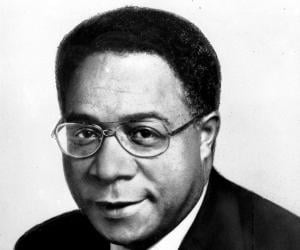 Alex Haley
Novelists #3296
Writers #11007
Continue Reading Below
DID WE MISS SOMEONE?
CLICK HERE AND TELL US
WE'LL MAKE SURE
THEY'RE HERE A.S.A.P
Quick Facts

Estonian Celebrities
Male Novelists
Aquarius Writers
Estonian Writers
Aquarius Men
Childhood & Early Life
Anton Hansen Tammsaare was born on January 30, 1878, in Järvamaa, in the municipality of Albu, village of Vetepere, to Peter Hansen, a farmer, and his wife, Ann Hansen.
He was the fourth of the 10 children of his parents. His family belonged to an underprivileged background, but he managed to gather enough money to support his education.
He received his early education from the Little Mary Parish School. From 1898 to 1903, he studied in Hugo Treffneri secondary school, Tartu.
He worked as a journalist in Tallinn Journal editorial board between 1903 and 1905.
In 1907, he enrolled at the University of Tartu to obtain a law degree. But his studies were interrupted when he contracted tuberculosis in 1911 and left the university without completing his graduation.
Over the next several months, he recovered from his illness, living in a sanatorium in Sochi. From 1914 to 1919, he lived at his brother's farm in Koitjärve, Estonia (now part of Põhja-Kõrvemaa Nature Reserve).
Continue Reading Below
You May Like

The Hottest Male Celebrities With The Best Abs
Career
Throughout his flourishing career, Anton Hansen Tammsaare published novels, short stories and plays along with biblical-philosophical miniatures and critical essays. He also wrote children’s stories and fairy tales influenced by Oscar Wilde and Eino Leino,
His earlier literary works include: ‘The Money-Hole’ (1907), ‘Be in Prospect’ (1907), ‘Long Steps’ (1908), ‘Young Spirits’ (1909), and ‘Over the Border’ (1910).
In 1918, after Estonia became independent, he moved to Tallinn where he wrote prose works based on the history and lives of the Estonian people. His works were very well received and he rose to prominence in the world of Estonian literature.
Between 1915 and 1920, he published works such as, ‘The Boy and the Butterfly’ (1915), ‘About Language and Poetry’ (1915), ‘The Fly’ (1917), ‘The Shapes of the Shadows’ (1917), and ‘Thoughts of War’ (1919).
In 1921, he wrote his first play titled ‘Judith’ based on the Old Testament, and binding together love and death, desire and cruelty, destiny and greed for power.
In 1922, he published ‘The Master of the Kõrboja’ (Farmkeeper) and the following year came up with his literary work titled ‘The Midget’.
Between 1926 and 1933, he wrote five volumes of his highly acclaimed pentalogy titled ‘Truth and Justice’, which earned much appreciation for its insightful vision on life.
His later works include: ‘The Life and the Love’ (1934), ‘I Loved a German’ (1935), ‘The King Is Cold’ (1936), and ‘China and a Chinese’ (1938).
In 1939, he finished one of his most fascinating novels, ‘The Misadventures of the New Satan’. The book is a satirical allegory of God sending the Satan to Earth to seek for salvation and blessedness, a task which turns out to be impossible.
Apart from writing, he also translated the works of famous writers such as Oscar Wilde, Selma Lagerlöf, Joseph Conrad, H.G. Wells, John Galsworthy, Knut Hamsun, Fyodor Dostoyevsky and many others into the Estonian language.
Major Works
His most celebrated literary work is the collection of five volumes titled ‘Truth and Justice’ (1926–1933). It is a dissertation on the meaning of human life, and the possibility of the existence of truth and justice. It garnered much critical acclaim and is regarded as a masterpiece in world literature.
Awards & Achievements
Anton Hansen Tammsaare was awarded the Estonian Literary Society Award twice, i.e., in 1908 and 1909.
In 1938, he received the ‘Estonian Red Cross II Class Order of Merit’.
In 2014, he was conferred with the ‘Jaan Kross Literary Award’.
Personal Life & Legacy
Anton Hansen Tammsaare married Amalie Käthe-Veltman on March 13, 1920. The couple had two children: a daughter, Rita, and a son, Erik.
He died on March 1, 1940, in Tallinn and was buried in the Forest Cemetery.
You May Like 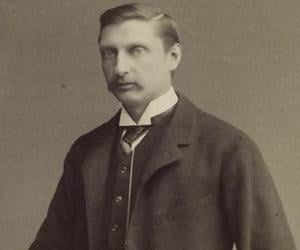 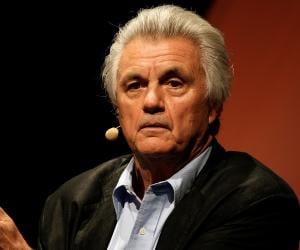