Assia Djebar was an Algerian author, essayist, and professor. This biography gives detailed information about her childhood, life, works and timeline. DID WE MISS SOMEONE?
CLICK HERE AND TELL US
WE'LL MAKE SURE
THEY'RE HERE A.S.A.P
Popularity Index
Writers #1047
Assia Djebar
Quick Facts

Marjane Satrapi
Assia Djebar was an Algerian author, essayist, and professor. She was known throughout the world for her feminist and post-colonial views on Algerian society. These views served as the foundation for all of her novels. Born in 1936, she came into adulthood during the height of the Algerian war for independence against the French. She spent the war time years interviewing refugees in Morocco and Tunisia to show the world the negative effects of colonialism. Her first four novels, written from 1957 to 1967, all embody this anti-colonial and anti-patriarchal stance. She has shown great perseverance throughout her life, as anti-patriarchal attitudes in a Muslim society causes great controversy. In fact, she adapted the pen name Assia Djebar for her first novel to hide her writings from her traditionalist father. From her very first novel Assia Djebar served as a voice for female empowerment. She had a long and award-winning career that solidified as one of the most significant female writers of the 20th century.
Recommended Lists:

Algerian Women
Cancer Writers
Women Writers
Women Essayists
Childhood & Early Life
Assia Djebar, whose real name was Fatima-Zohra Imalayen, was born on June 30, 1936 in Algeria, to Tahar Imalhayène and Bahia Sahraoui. Her father was a French teacher. He taught at Mouzaiaville dans la Mitidja, which was the same primary school Assia attended.
She spent time at a boarding school in Bilda where focused on studying the Quran. She was one of only two women in her class.
She completed her secondary education at College de Bilda, where she was the only Muslim in her class. She later studied in Paris. 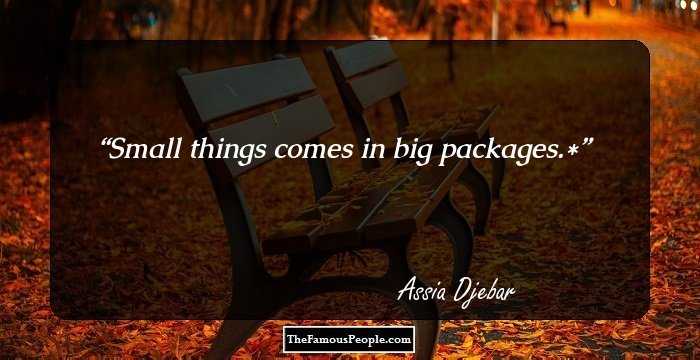 Women Novelists
Algerian Writers
Algerian Novelists
Cancer Women
Career
Assia Djebar's early childhood experiences helped shape her role as a Muslim feminist. Much of her work deals with the negative aspects of patriarchy and the limits it imposes on the women.
She published her first novel in 1957. It was titled ‘La Soif’, which is ‘The Mischief’ in English. She published this novel under the pen name Assia Djebar for fear of her father's disapproval. This was the first novel to be published by an Algerian woman outside of Algeria. It told a story of infidelity and seduction within the Algerian upper class.
Her second novel, ‘Les Impatientes’, hit shelves in 1958. It also focused on the inner workings of the Algerian upper class.
In 1962 she published ‘Children of the New World’. It depicted the role women played in the Algerian war for independence against France.
In 1967 she published a sequel to ‘Children of the New World’ entitled ‘The Naïve Larks’. This novel focused on the rise of feminism in Algeria.
She wrote and produced a play called ‘Red is the Dawn’ in 1969. It was in collaboration with her then-husband Walid Garin.
After the war years Djebar returned to Algeria. She spent her time here teaching history at the University of Algiers. She was eventually made head of the French department.
She also used her free time as a professor to dabble in filmmaking. In 1978, she released her film ‘Nouba Des Femmes du mont Chenoua’.
In 1980, she returned to writing with a new novel. It was titled ‘Femme's d'Alger dans Leur Appartement’, which in English translates to "Women of Algiers in their Apartment". It dealt with the inequality between men and women in post-colonial Algeria.
Continue Reading Below
In 1995, Djebar moved to the United States. She spent her time there teaching French Literature at th Lousiana State University and later at the New York University.
From 1995 to 2008 Djebar wrote 8 more novels. They all had similar themes of gender inequality within Algeria.
Major Works
Djebar is known for her anti-patriarchal and anti-colonial political stances, which served as the basis for her writings. Her name is closely tied to the literary Feminist movement.
One of her major works is her first novel, "The Mischief", which was published in 1957. This novel showed the woman protagonist asserting herself and her sexual desires by having an affair. It went against traditional Muslim views towards women. It was significant because Djebar adapted the pen name Assia Djebar to hide from her father's wrath. Her courage to publish this novel anyways shows her strong feminine spirit.
Another one of her major works is her 1962 novel ‘The Children of the New World’, and its 1967 sequel ‘The Naïve Larks’. These two novels are significant for the depiction of post-colonial Algerian society. These novels served as a social critique that pointed out the changes that needed to be made within Algerian society. The changes focused mostly on gender equality.
Awards & Achievements
Djebar was awarded the Neustadt International Prize for Literature in 1996. It was for her contribution to World Literature.
She won the Peace Prize of the German Book Trade in 2000.
Personal Life & Legacy
In 1958, Djebar married Ahmed Ould- Rouis. He was a member of the Algerian resistance against French occupation. The couple eventually divorced.
She remarried in 1980 to Malek Alloula, who was a poet.
She died on February 6, 2015, in Paris, at the age of 78.
Triva
Assia Djebar started as a pen name to hide her writing from her father.
She withheld a collection of poems from being published because she feared them being too anti-war.
You May Like

See the events in life of Assia Djebar in Chronological Order 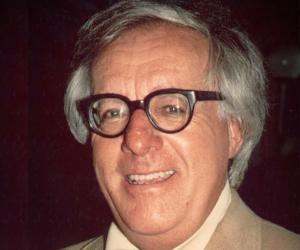 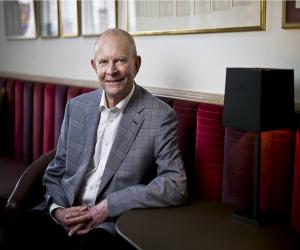