The New York Times bestselling author, Joyce Carol Oates is an acclaimed author of several literary genres. She is widely regarded as a contemporary and versatile writer, who has authored more than forty novels, numerous dramas, short stories, works of poetry and non-fiction. She has also served as an editor and a literary critic. She has won several awards and anecdotes for her writing including, the National Book Award, O. Henry Award, National Humanities Medal and the Stone Award for Lifetime Literary Achievement, among many other laurels. Some of her works have also earned her the Pulitzer Prize nomination. A Roger S. Berlind Distinguished Professor of the Humanities at Princeton University, Joyce Carol Oates previously taught at the University of Detroit and the University of Windsor. She has often written about her humble working–class upbringing in her fiction, expressing nostalgia about her growing days in the countryside outside of Lockport, New York, where she attended a 'one-room' school. Interestingly, she started writing stories since she was fourteen year old with a typewriter her grandmother had gifted her. Woody Harrelson
DID WE MISS SOMEONE?
CLICK HERE AND TELL US
WE'LL MAKE SURE
THEY'RE HERE A.S.A.P
Quick Facts

American People
Poets
Essayists
Novelists
Playwrights
Childhood & Early Life
Born in Lockport, New York, as the first child of Frederic James Oates, a tool and die designer and Carolina, a homemaker, Joyce Carol Oates was raised a Catholic.
She was brought up in a modest working-class community farm in Millersport, New York. She developed a close bond with her paternal grandmother, Blanche Woodside.
She was educated in a rural ‘one-room-school’ and loved to read. She started writing at the age of 14 with her typewriter, which was a gift from her grandmother
She was later sent to a school in the suburbs and in 1956, she graduated from the Williamsville South High School. In school, she wrote for their newspaper and became the first in her family to finish high school.
She attended the Syracuse University on scholarship, where she won a short story contest. She graduated in 1960 with an English degree. The next year, she graduated from University of Wisconsin–Madison with an M.A. 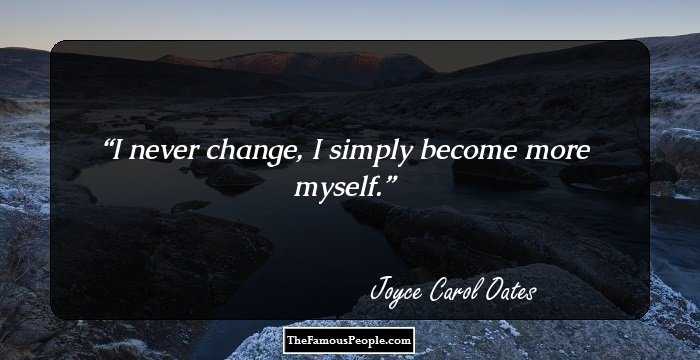 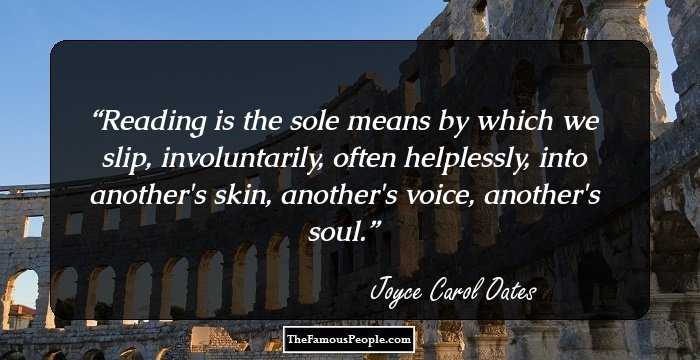 Quotes: Soul
Major Works
Her book, ‘Blonde’ was listed as one of her best books by ‘Rocky Mountain News’ and ‘Entertainment Weekly’. In 2001, the novel was adapted into a CBS miniseries of the same name.
Her award-winning book, ‘Black Water’ was listed as one of her best books by ‘Rocky Mountain News’, ‘Entertainment Weekly’ and 'The Times'. The book also gained good reviews from ' The New York Times'.
Awards & Achievements
In 1967, she received the O. Henry Award for ‘In the Region of Ice'.
Continue Reading Below
In 1968, she was awarded the M. L. Rosenthal Award for 'A Garden of Earthly Delights'.
In 1970, she was the recipient of theNational Book Award for Fiction for'them'.
In 1973, she was conferred the O. Henry Award 'The Dead'.
In 1996, she was bestowed upon the PEN/Malamud Award for 'Excellence in the Art of the Short Story'.
In 2010, she was conferred the National Humanities Medal.
In 2012, she received the Stone Award for Lifetime Literary Achievement, conferred by the Oregon State University.
In 2013, she received the Bram Stoker Award for the category 'Best Fiction Collection' for 'Black Dahlia and White Rose: Stories'. 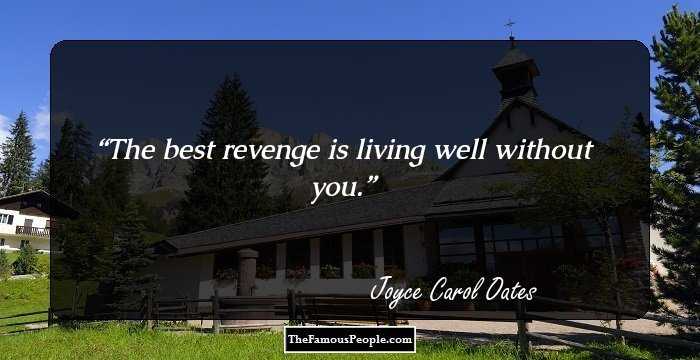 Quotes: You, Living
Personal Life & Legacy
In 1961, she married Raymond Smith, whom she met at the University of Wisconsin–Madison. They opened the publishing house, Ontario Review Books. He died of pneumonia in 2008.
In 2009, she married Charles Gross, a Professor at Princeton’s Psychology Department and Neuroscience Institute.
She serves as a member of the John Simon Guggenheim Memorial Foundation, which awards Guggenheim Fellowships for writing.
Trivia
This acclaimed award-winning American female novelist, short story writer and poet is also a regular contributor to the infamous ‘Playboy’ magazine.
Recommended Lists:
Short Story Writers #65
Essayists #14
Writers #289