Zhao Wei is a well-known Chinese actress. A perfect example of beauty with brains, Zhao is a successful actress, singer, director, producer, and model. Apart from featuring in successful movies, she has also bagged a few expensive endorsement deals with brands, such as Versace, Dior, Mercedes-Benz, Motorola, etc. Thanks to her smart investment decisions, Zhao has been labelled as ‘China’s slow-business-Buffett.’ She was also named as one of the world’s wealthiest actresses by Forbes. In 2014, she invested in Alibaba Pictures Group, which earned her millions of dollars by the end of 2016. As an actress, she first achieved fame by appearing in the 1998 TV series, ‘My Fair Princess,’ in which she played the role of Xiao Yanzi. The series became an instant hit, making Zhao a superstar overnight. She even became the youngest actress to win the ‘Golden Eagle Award for Best Actress.’ She has also starred in successful movies, such as ‘Shaolin Soccer’ (2001), ‘Red Cliff’ (2008), ‘Painted Skin’ (2008), ‘Dearest’ (2014), ‘Painted Skin: The Resurrection’ (2012), and ‘Lost in Hong Kong’ (2015). She has starred in famous TV series like ‘Romance in the Rain’ (2001), and ‘Tiger Mom’ (2015). She has also released her own albums, including ‘Swallow’ (1999), ‘The Last Separation’ (2001) and ‘We're All Great Directors’ (2009). She made her directorial debut with the 2013 movie ‘So Young.’ ‘So Young’ eventually became one of the most successful movies ever to be made in China. She then directed an animated flick, which was adapted from the series ‘My Fair Princess.’ 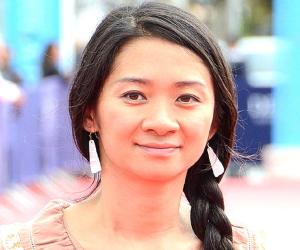 Chinese People
T V & Movie Producers
Chinese Women
Pisces Actresses
Chinese Actresses
Childhood & Early Life
Born to Zhao Jiahai and Wei Qiying on March 12, 1976, Zhao was raised in the mountainous province of Anhui in China. She grew up along with her older brother, Zhao Jian.
Her father worked as an engineer, while her mother was a primary school teacher. Zhao Wei attended Wuhu Normal School and later became an apprentice teacher at a pre-school.
She never planned to pursue acting as she believed she was not beautiful enough to make a career in the showbiz, but at the age of 17, after appearing as an extra in a Chinese film, she was bitten by the acting bug.
She then quit her job and got herself enrolled at Xie Jin Film Art Academy in Shanghai. The academy was founded by the legendary director Xie Jin.
In 1996, she attended Beijing Film Academy where she performed very well and was one of the brightest students in the academy.
Interestingly, Huang Xiaoming and Chen Kun, who would go on to become successful actors in the Chinese film industry, were her classmates.
She is also trained in playing piano, dancing and Chinese Ink Wash Painting.
Continue Reading Below
You May Like

Who Is The Most Popular BTS Member?
Early Career
Zhao Wei was still studying in school when she played a minor role in the 1994 movie ‘A Soul Haunted by Painting’ (Hua Hin). Her first major role came in the year 1995 when she played Ding Jing'er in the movie ‘Penitentiary Angel.’
She appeared in a TV series titled ‘Sisters in Beijing’ in 1996. She then took a break from acting and focused on graduating from Beijing Film Academy.
Acting Career
Her breakthrough role came in 1998 when she was roped in to play a role in the hit series ‘My Fairy Princess,’ which was an adaptation of Qiong Yao’s novel. Her role became the most popular character of the decade, and established Zhao as a star.
The mind-blowing success of ‘My Fairy Princess’ paved the way for Zhao to make it big in Chinese cinema. She next starred in the series ‘Romance in the Rain,’ which became a smash-hit, making Zhao a household name.
In 2001, she starred in a comedy movie ‘Shaolin Soccer,’ in which she played an ugly looking girl with Tai Chi skills. The movie became a big hit worldwide.
In 2002, she appeared in a supporting role in ‘Chinese Odyssey 2002.’ She also starred in ‘So Close,’ in which she played the role of a deadly assassin.
In 2003, she starred in four movies, namely, ‘Green Tea,’ ‘Warriors of Heaven and Earth,’ ‘My Dream Girl’ and the award-winning flick ‘Jade Goddess of Mercy.’
In 2005, she returned to television with the super hit drama, ‘Moment in Peking.’ Since then, she has appeared in numerous movies, such as ‘A Time to Love’ (2005), ‘Red Cliff’ (2008), ‘Painted Skin’ (2008), ‘Mulan’ (2009), ‘14 Blades’ (2010), ‘Painted Skin: The Resurrection’ (2012), ‘Dearest’ (2014), ‘Hollywood Adventures’ (2015), ‘Lost in Hong Kong’ (2015), ‘Three’ (2016), etc.
Singing Career
She released her debut album ‘Swallow’ in 1999. Thereafter, she released a few more albums, such as ‘Magic of Love’ (1999), ‘The Last Separation’ (2001), ‘Afloat’ (2004), ‘Double’ (2005), ‘Angel’s Suitcase’ (2007), and ‘We’re All Great Directors’ (2009).
Continue Reading Below
She also won numerous awards for her albums. Her first four albums sold more than 700,000 copies across Asia.
Career as a Director
Zhao’s debut movie ‘So Young’ went on to collect a record 300 million Yuan in its opening week at the box office. The movie’s overall box office collection was around 110 million USD.
Zhao won several awards for her directorial debut. She won the ‘Best New Director’ award at various events, such as 22nd Shanghai Film Critics Award, 29th Annual Golden Rooster Award, 8th Chinese Young Generation Film Forum and 9th Chinese American Film Festival.
Other Major Works
Zhao is also a businesswoman, investor, advertisement expert, and philanthropist. She is involved in many charity works, and keeps on raising funds in her hometown for students.
In 2005, she was appointed as a spokesperson and ambassador for the ‘United Nations Children’s Fund’ and ‘China’s Youth Committee.’ The organizations aim at creating awareness about children affected by AIDS. She has also launched ‘V-Love Foundation’ in order to help children affected by leukemia.
In 2001, she was named as one of ‘China's Top Ten Most Popular Commercial Models’ and ‘China's Top 10 Artists for Advertisements.’ She was also named as the ‘Commercial Queen in 3 countries’ for her brand endorsements and successful investments.
Awards & Achievements
She has received numerous awards for her magnificent performances. Some of the prestigious ones include, ‘Golden Rooster Award,’ ‘Hundred Flowers Award,’ ‘Huabiao Award,’ ‘Golden Eagle Award’ (TV), and ‘Flying Apsaras Award’ (TV).
She was selected as one of the members of the jury at the 73rd Venice International Film Festival in 2016.
Controversy
In 2001, she wore a dress that resembled the Chinese military flag. When a Chinese tabloid published her photo in the said dress, she was accused of betraying her nation.
Personal Life
Zhao Wei got married to a Chinese businessman named Huang You Long in 2008. They have a daughter named April Huang.
Trivia
Though her screen time was less than 10 minutes in the movie, ‘The Postmodern Life of My Aunt,’ her performance earned her a nomination at the 43rd Golden Horse Awards for Best Supporting Actress.
Recommended Lists:
Film & Theater Personalities #6047
You May Like

See the events in life of Zhao Wei in Chronological Order