Advanced Search
Chloe Zhao is a Chinese-American film director, screenwriter, and producer, best known for critically acclaimed films, such as ‘Songs My Brothers Taught Me’ and ‘The Rider.’ Chloe was heavily influenced by the Western pop culture right from her childhood. Traditional Chinese values did not permit of such endeavors, but her rebellious attitude made her an aspiring filmmaker. She enrolled at a boarding school in London and finished her high school from Los Angeles. She studied political science in college and later learned film production at the ‘Tisch School of the Arts,’ New York. She started her career with short films and made her debut with the 2010 short ‘Daughters,’ which received huge critical acclaim. She made her feature film directorial debut with the 2015 film ‘Songs My Brothers Taught Me,’ which won her huge acclaim at the ‘Cannes’ and ‘Sundance Film’ festivals. Sammo Hung
31st March In History
DID WE MISS SOMEONE?
CLICK HERE AND TELL US
WE'LL MAKE SURE
THEY'RE HERE A.S.A.P
Quick Facts

Chinese People
New York University
Chinese Directors
Female Film Directors
Women Film & Theater Personalities
Childhood & Early Life
Chloe Zhao was born Zhao Ting, on March 31, 1982, in Beijing, China, to Zhao Yuji, a former General Manager of a steel company. Her mother worked in a hospital. Chloe was raised in an upper middle class Chinese household and was exposed to the western culture ever since she was a kid. It turned out to be a huge influence on her during her growing up years.
She was always a rebellious kid. She loved reading and narrating stories. She was also deeply influenced by the Japanese manga culture that had a huge impact on the Chinese pop culture in the pre-boom era. She was not good in academics; she was a lazy kid and always indulged in doing something artistic.
She started watching movies from her teens. Wong Kar Wai, an avant garde filmmaker from Hong Kong had a huge influence on her. She closely followed his work and borrowed his visual style to some extent in her future work.
In the mid-1990s, China began opening itself up to the world and that was the time when China became a big market for Hollywood films and music. She listened to Michael Jackson’s music and became a fan. By then she had already dreamed about becoming a storyteller. She wanted to become a manga artist.
Her parents sent her to London for school education; she attended a boarding school at London. Thereafter she moved to Los Angeles and finished her high school graduation.
To understand the world around her better, she studied political science in the Mount Holyoke College, but realised that political science was not for her. She then moved to New York and did odd jobs, including bartending for the next two years.
She finally became serious about her filmmaking career and enrolled at ‘Tisch School of the Arts’ to study film production.
Continue Reading Below
Career
Following the completion of her film production course at ‘Tisch,’ she wrote, directed, and produced a short film ‘Daughters.’ The film received accolades at national and international film festivals. It premiered at the ‘Clermont-Ferrand International Short Film Festival.’ It also won the ‘Best Student Live Action Short film’ at the ‘Palm Springs International ShortFest.’ Being her first attempt at filmmaking, it was a huge beginning for the young writer/director. The film then won the ‘Special Jury Prize’ at the 2010 ‘Cinequest Film Festival.’
She graduated from the university and began working on her debut film project, ‘Songs My Brothers Taught Me.’ It took her many years to gather enough funds for the production budget of the film. She shot the film in real locations, mostly in a remote tribal area in South Dakota.
The film ‘Songs My Brothers Taught Me,’ released in 2015, narrated the story of a young man from the ‘Lakota Sioux’ tribe and his relationship with his younger sister. It was a simple film, but strong characters of the film caught the immediate attention of jury members at various film festivals.
The film had its grand premiere as a part of the ‘U.S. Dramatic Competition’ at the highly prestigious ‘Sundance Film Festival,’ where it received huge critical acclaim. The film also received nomination for the ‘Best First Feature’ at the 31st ‘Independent Spirit Awards.’
At the ‘Cannes Film Festival,’ where it was showcased in the Directors’ Fortnight section and won the ‘Art Cinema Award.’
Enthused by the success of her first feature, she began working on her second feature film, ‘The Rider.’ Since she was unable to raise funds, she used her own savings and credit card money to fund the film. Her then boyfriend, who also happened to be the cinematographer of the film, also funded it partly.
Due to budget issues, she hired mostly non-actors. The film was released in 2017 and received huge critical and commercial acclaim. The contemporary western drama film told the story of a cowboy ‘Brady,’ who shares a complex relationship with his family. The film was shown at the ‘Directors’ Fortnight’ section at the ‘Cannes Film Festival’ where she won the ‘Art Cinema Award.’ Made on a very small budget, the film grossed $3.4 million upon its theatrical release and received widespread appreciation.
This was the big break she was looking for, as the success of the film opened the doors of Hollywood. She was hired to direct a big budget Marvel superhero film ‘The Eternals,’ which is set to release in 2020.
She is also all set to direct an untitled biographical film for Amazon Studios.
Family & Personal Life
Chloe Zhao has been dating cinematographer Joshua James Richards. The two have worked together on ‘The Rider.’
Chloe is a huge fan of Hong Kong filmmaker Wong Kar Wai and watches his film ‘Happy Together,’ whenever she sets out editing her films.

See the events in life of Chloe Zhao in Chronological Order 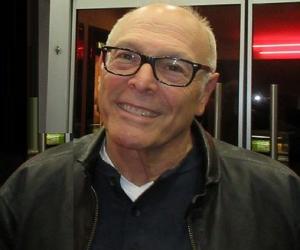 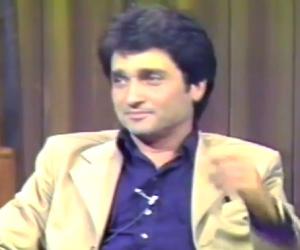 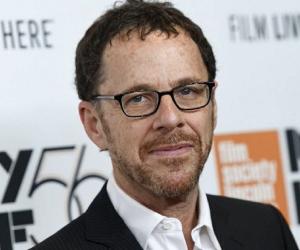