Shen Yue is a Chinese actress and model. After garnering initial fame for portraying the character of Zeng Zhi in the web series ‘A Love So Beautiful’, she landed the role of Dong Shancai in Hunan Television and Netflix’s ‘Meteor Garden’. A native of Hunan province, Shen Yue was a student at the Hunan Normal University, studying journalism and communication, when one of her friends took a picture of her and posted it online. She was subsequently recruited by her future agent. In 2017, Shen Yue made her acting debut in ‘Autumn Harvest Uprising’, which was followed by her playing a supporting role in ‘Let's Shake It’. The series ‘A Love So Beautiful’ started to air after this and helped her establish herself as a leading actress. Her portrayal of the female lead, ‘Dong Shancai’, in ‘Meteor Garden’ has made her an international celebrity. On Sina Weibo, she has over nine million followers while on Instagram, she has more than 250 thousand followers. Liu Yifei
Actresses #1274
Film & Theater Personalities #3050
DID WE MISS SOMEONE?
CLICK HERE AND TELL US
WE'LL MAKE SURE
THEY'RE HERE A.S.A.P
Quick Facts

Chinese People
Pisces Actresses
Chinese Actresses
Actresses Who Are In Their 20s
Women Film & Theater Personalities
Career
Shen Yue made her television debut in 2017, in the TV series ‘Autumn Harvest Uprising’, a story about the 1927 insurrection in Hunan and Jiangxi provinces, led by Mao Zedong. Shen Yue portrayed a village girl named Zeng Zhi. She then was cast in the fantasy comedy web series ‘Let’s Shake It’. Based on Zifeng Diuzi’s fiction ‘Shake It, ET’, the story revolves around an alien named Abu, who, after coming to Earth, takes on the identity of a woman named Tang Qingye. Shen Yue portrayed Xiao Yue, one of the supporting characters in the first season. The show has become an immense hit, garnering two billion online views and a 7.8 rating on Douban, a Chinese social networking site that gives the users the ability to record information.
Later that year, Shen Yue made her first appearance in a leading role in the coming-of-age television series ‘Zhì Wǒ Mén Dān Chún De Xiǎo Měi Hǎo’ (A Love So Beautiful). Cast opposite Hu Yitian, she played Chen Xiaoxi, a smart and confident young woman who has a passion for drawing and eventually becomes a cartoonist. She is attracted to Hu Yitian’s character Jiang Chen, a suave and intelligent student, who, at the end of the series, joins a hospital as a cardiac surgeon. The show received positive reviews during its original run, especially for its characterization and story and garnered over 5.5 billion online views.
Shen Yue then acted in the series, ‘Liúxīng Huāyuán’ (Meteor Garden), that aired on Hunan Television from July 9 to August 29, 2018. Based on the first ‘Meteor Garden’ (2001) series and the Japanese shōjo manga series ‘Boys Over Flowers’, the show also starred Dylan Wang, Darren Chen, Connor Leong, and Caesar Wu. Shen Yue portrayed Dong Shancai, the show’s protagonist. Dong Shancai is a resolute, headstrong yet kind young woman who does not like bullies. She has enrolled in the country’s most reputable university where she comes into conflict with a group of four boys known as F4.
The show became a massive worldwide success after it aired on Netflix. Furthermore, it introduced Shen Yue to the audience outside China. She is set to appear in the upcoming drama series ‘Another Me’. Besides Shen Yue, the series will also star Duling Chen, Ziqi Xiong, and Zou Ting Wei.
You May Like

The Sexiest Men Of 2020, Ranked
Controversies & Scandals
In mid-2018, Shen Yue became a subject of controversy when it was revealed on Chinese social media that she had removed a number of her former classmates from her WeChat contacts list. She also reportedly later wrote a lengthy post in which she defended her action by saying that she had done it because she had not spoken to any of those people for a long time.
Personal Life
Shen Yue was born on February 27, 1997, in Wugang, which is a county-level city in the Hunan Province of China. Little information is available on her family and early life. Shen Yue hails from a middle-class family. Her father is a history teacher at Wugang No. 1 Middle School, where she herself studied. In 2014, she enrolled at the Hunan Normal University to pursue a degree in journalism and communication.
She has been deeply interested in photography since she was quite young. During her second year in college, she found the opportunity to further develop this interest of hers. She became friends with several photographers and worked with them. One day, during a photo shoot, one of the models did not show up and Shen Yue stepped in. The resulting photograph was subsequently posted online.
Much to her surprise, the picture went viral and she was contacted by her future agent who asked her to come to Beijing to sign a contract. At present, she is signed to Mantra Pictures, a company that was set up in 2016.

See the events in life of Shen Yue in Chronological Order 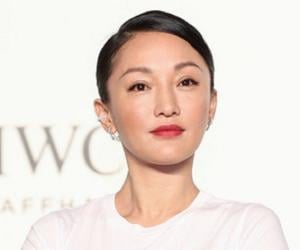